Force Is with You, Always

There are competing excuses for the control grid. 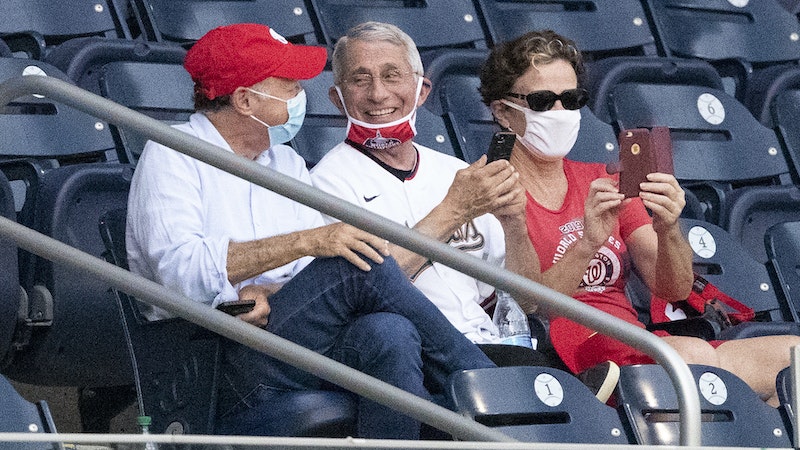 As factions of the establishment jockey to wield control over you in a fast-changing world, they have to discard old philosophical rationales and adopt new ones with greater and greater frequency. A few years from now, it won’t necessarily be right vs. left as we have known them—religion and guns on one side, welfare and cultural transgressions on the other, or something like that—but something divisive, and no matter the arguments, all sides will reach the conclusion that you should obey.

But if not religion or enthusiasm for the welfare state, what are the most likely candidates for taking a turn upon the (philosophical) throne in the next few years?

The prize to be won, from the rulers’ perspective, is increasingly obvious: a vast control grid of stealthy, omnipresent surveillance tech, fused both to government policing mechanisms and the capitalist provision of everyday commodities (including access to restaurants, bars, and the like from now on). That massive mechanism of potential oppression doesn’t look much like either tradition or equality as we knew them a short time ago, but people eager to rule aren’t going to just toss such nifty, powerful tools to one side because they seem like non-sequiturs in both right-wing and left-wing philosophy.

The rulers will find new boilerplate to justify their behavior, in short. At the moment, COVID plainly justifies anything in their minds. I doubt one American in 50 has the slightest idea what the law—if any—currently says about where they can freely travel, eat, walk around maskless, or anything else. It’s one big law-suspending “emergency situation” (the sort of thing that purportedly gave liberals in particular nightmares just a few years ago, nightmares full of burning constitutions and the like).

But COVID’s moral gravitas appears to be fading. The powers that be can plead unpredictable mutant strains and recalcitrant unvaccinated people for a little while yet, but the public will is shifting, and people are tired of the constraints. To be sure, the government, especially aspiring new Fauci-types, will learn from this crisis that they can keep announcing new health emergencies and create a new surge of controls from time to time, using the COVID crisis (and vaccine-requirement rules) as a template. The “infrastructure” of control, so to speak, will be in place for future projects.

But to keep most of the public accepting the use of force against them, new public relations tools will have to be deployed. It’s not always just one political faction’s tools, either. The right cheered similar surveillance and policing mechanisms 20 years ago with terrorist threats as the rationale (and I’m not claiming terrorists don’t exist), and if there were no COVID in the air now and no Democrats in power in Washington, it’s entirely likely the right would be cheering the control grid and the deployment of force over illegal immigrants, Black Lives Matter vandals, or some other threat. Keeping score to see who activates the control grid more often, right or left, is largely beside the point. It will always be something, as they say.

But what is it most likely to be? At the moment, I see three likely candidates in this race to seize the levers of power, though you never know what horror is coming over the horizon next.

First: the perceived need to defend the sanctity of the political process itself.

A shaky establishment and morally dubious regime will likely obsess more and more over what we used to call “banana republic” issues, like whether Giuliani’s seized laptop also contained information copied from Hunter Biden’s laptop, and which one contained more damning information about dirty dealings in Ukraine. We’re slightly more likely to hear what the FBI learns about the contents of those two laptops than about the contents of Seth Rich’s laptop, I suppose.

All such raids, assisted by drones and robot police dogs as necessary, will be described as essential to keep democracy running smoothly, democracy being the vital collective decision-making process by which we decide to do things like implement Biden’s plan to improve health in minority communities by training police dogs to sniff out menthol cigarettes (I kid you not; I wonder if that will increase needlessly risky confrontations with law enforcement).

Meanwhile, to ensure civility, more fringe political figures such as the far-right Nick Fuentes will be added to secret no-fly lists as if they’re itching to blow up planes. I shouldn’t have to say it’s not primarily Fuentes I worry about but all of you who may soon live in a world checkerboarded with places you are or are not welcome based on myriad secret, bureaucratic criteria. And you wonder why political figures such as Roger Stone become paranoid that a warehouse explosion near his apartment might be a drone strike meant for him.

The public isn’t as easily sold on environmental crusades these days as they were in the 1990s when they anticipated having (non-carbon-emitting) money to burn, but that doesn’t stop the rulers from fantasizing about such crusades, and now they have seen how much you can reduce carbon emissions overnight if you’re willing to lock down most economic activity.

Prince Charles has practically called for environmentalism-based martial law over the years. It would be tragic if we walked all this distance away from the castles of kings and lords only to find ourselves vassals again, this time to a greener monarch. Yet you already hear some environmentalists—especially ones close to the centers of wealth and power such as economist Mariana Mazzucato, which is worrying—praising the idea of a “climate lockdown” to follow on the heels of the COVID lockdowns.

Don’t say it can’t happen here. Gov. (for now) Newsom of California is banning gas vehicles as of a mere 15 years hence. (Drive out of California while you still can!) Ambient panic can be redirected to a new target on a dime, so stay skeptical. History suggests that if the public get used to spying on neighbors, following orders without clear factual basis, and fearing unauthorized gatherings, these submissive habits will be repurposed for other political ends.

The establishment has already done an impressive job of making humans fear all contact with each other, but the real coup de grace would be if they managed to shift to an overt depopulation agenda by making us fear human existence itself. I don’t think they’re bold or evil enough to try anything like that just yet—but I’m going to be less shocked than some mainstream people if a few horrific secrets come out in the impending Bill/Melinda Gates divorce. “The Earth” is the one big, fat thing that can always be used to override the needs of mere humanity, after all.

Ah, but paranoid notions like that bring us to rationale #3: Destroy All Misinformation!

A RealClearInvestigations reporter recently dubbed the growing, interwoven private and governmental mechanisms shaping the boundaries of acceptable online content the “digital-intelligence complex.” This, surely, is an area that will be increasingly contested ground regardless of whether the referees are private-sector, public-sector, a little from each, or, worst-case scenario from my libertarian (and increasingly anarchist) perspective, both at the same time, indistinguishably. Regardless of who calls the shots, it’s troubling that we now clearly live in an age that assumes false ideas (however identified) are to be erased so that they go unheard, not merely countered so that they go unbelieved.

Recall how easily the Western world turned its eyes away from recent protests in Hong Kong, likely nudged toward indifference at least in part by the question of how messy a cyber- and media-war with censorious Beijing might get, much the way we used to think about nuclear deterrence. You’d like to stick up for freedom, but gee, think of all those potential malware-sparked hard drive crashes and lost TV contracts.

Spotify removing songs that contain “misinformation,” by contrast, may get filed in the “acceptable behavior” category by most libertarians because Spotify is a private entity, but my pessimistic prediction is that while people rightly debate whether censoring is better done by the private sector or the public sector, we’re soon going to live in a time (if we don’t already) when almost no one questions the assumption that someone should be censoring, an assumption buttressed by the fear we are in terrible mental and moral danger unless someone erases our bad thoughts.

In the heat of any given current controversy, it’s easy enough to say perhaps some vile tweets or obnoxious voice should go away, but look back at almost any radical upstart from the past you admired—and surely you admired some, at least by one or another faction’s definition of radical upstart—and ask whether that person would be tolerated for long today. Perhaps you say there are too many conspiracy theorists online, for example, but do you wish you could go back in time and erase classics of the genre such as Bill Cooper’s Behold a Pale Horse? Even if it influenced some X-Files episodes? Is sanitizing our only option for dealing with mental muss now?

There will always be the rationale that bad ideas could lead to bad actions. It was the rationale for banning anarchists from using the Post Office to mail pamphlets a century ago, so it’s hardly reassuring that today the Post Office (perhaps for conscious preemptively constitutional-legal reasons, since they can spin it as safeguarding national communications networks) is running a program called iCOP that scours everyone’s social media posts to predict not just specific imminent terror incidents but everyday protests and the like, info the Post Office shares across multiple government agencies.

Just as the tech needed to predict how individual households will vote now exists—and so inevitably gets utilized by political campaigns of all stripes—so too will the COVID-era control apparatus get used by whatever political factions exist in the near future, to ensure your compliance with whatever new plans they formulate. Whether they want to force you to vote, be green, stay unimaginative, or something else, it’s wise to resist. Whatever crowns your rulers wear, they are your enemies.