Besides the coronavirus pandemic, we enter the 2020s with no real leaders, in the United States or abroad. 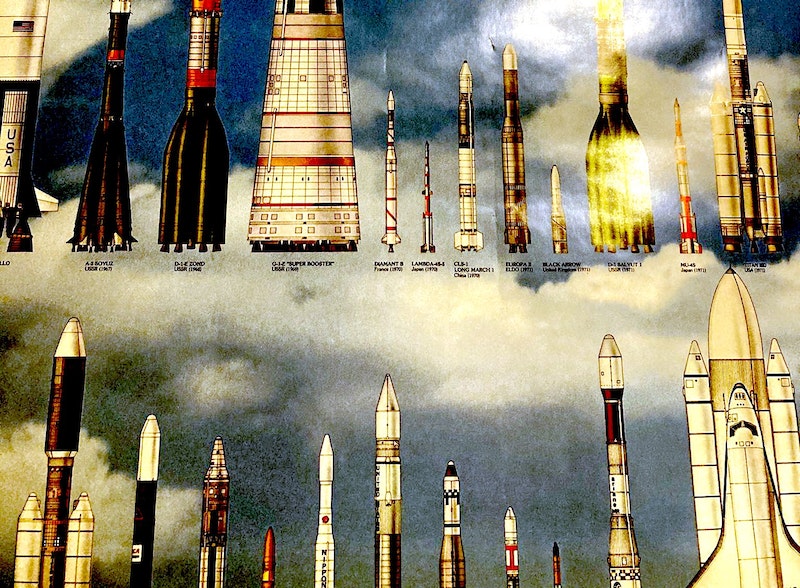 Here’s a wild example of burying the lede, from The Sun: “MUSK BE FATE Scientist predicted a man named ‘Elon’ would colonise Mars in book written 70 YEARS ago.” I don’t like giving the British credit for anything, but their tabloids are often better than our newspapers—certainly more entertaining. But here are the first two paragraphs of that article: “Elon Musk's plot to colonize other worlds may have been predicted by a German scientist 70 years ago. Writing in his 1952 science fiction novel Project Mars, engineer Wernher von Braun described a man called ‘Elon' who ruled over the Red Planet.”

Never mind that Wernher von Braun didn’t even make it into the subhed; never mind that “Nazi” nor “NASA” were appended to “Scientist”; and never mind that von Braun may have predicted Elon Musk, his wealth, and his quixotic (generous) or simple-minded (realistic) obsession with not only reaching Mars but populating it. What I would like to know… is if Wernher von Braun’s dime store sci-fi novels are still in print, and how many he wrote. Could he have been as prolific as fellow collaborator William F. Buckley Jr.? (I speak of the American government, not the “crypto-Nazis,” of course). “Make humanity a multiplanet species!” SpaceX tweeted on May 6. Well, fine. You go ahead and do that. Leave the art of sub- and highway design to others on terra firma.

In some distant future a genderless being made of light and wisdom will be named Elon von Braun and they will deliver us from evil for always. For now, we’re once again living in the limbo of a pandemic still going and a world eager to pretend to do things that make them “feel normal again.” Not weddings, funerals, reunions, or love in the afternoon—just drinking beverages elsewhere, reading books elsewhere, scrolling phones elsewhere, eating meals elsewhere, outside. Here in Baltimore, the Charles Theater has been reopened for some weeks, and the ad-hoc wooden enclosure-cum-patio for the restaurants next door has obscured its windows and part of its marquee.

That is to say that things are not on track—there is no track, there are no rails in sight. I shouldn’t be shocked by musicians, from stadium acts to club performers, booking tours for the fall and winter. Theirs is a particularly grim lot: for the last decade, every musician has been told and sold the lie that, “Nobody buys albums anymore, but bands can make money by touring.” First part is true, no new artists, if any, can make a living solely off of album sales or stream equivalents. But the Fugazi price of $5 a show dies hard and has been bleeding bands dry since well before 2008. Inflation zoomed past the basement show, and the artists that lifted themselves up out of those frat hellholes and punk bars into institutions like the 9:30 Club in Washington, D.C. and the Wiltern in Los Angeles have managed to make a living off their music. What now?

Will vaccination cards, or some other proof, be required at certain venues? What guidelines will be followed, and how limited or “cautious” can a live concert in a 1000-cap venue be in terms of intimacy? And isn’t the crowd, and the pleasure of the crush, the appeal of the club night? People have been partying across America since the pandemic began, they just haven’t been posting about it. That’s where the real subculture of today lies: transgression is having a good time, without restrictions or thought to “distance,” without telling anyone who wasn’t there, especially your followers on social media.

We’re heading into a new decade without any leaders. As I’ve written before, our sociopolitical and cultural situation—in other words, as Pasolini said, the situation—is very close in many ways to the 1970s, but we never had any heroes to lose. Bernie Sanders losing twice and Barack Obama’s continued self-revelation as a technocrat with little substance can’t be compared with any of the fallen idols of the 1960s, and our country hasn’t believed in anyone—besides Donald Trump—for many years now. The two Democrats I just listed apply to an extent, but Sanders cannot be compared to either Kennedy, and Obama certainly doesn’t hold a candle to Martin Luther King, Jr.

In a joyously funny bit of kismet, Chris Matthews’ assessment of Sanders as “one of those old grumpy socialists I remember sitting I the park” with “non-negotiable demands” turned out to be basically correct: he’s a product of his time, and he will not lead anyone through what remains of his life in the 21st century. No other social figures have emerged recently that haven’t been quickly exposed or torn down (Alexandria Ocasio-Cortez’s star has fallen, and “the Squad” a relic of the 2020 election cycle). With Trump gone, and Biden the Absentminded President, we are a warship with a coatrack at the wheel.

I’m surprised Kamala Harris hasn’t been more visible—it’s just stunning that the Democrats took back the White House in the middle of an unprecedented global disaster and have done absolutely nothing politically with it. People are getting vaccinated, but I wonder if the DNC will even bother to remind people that they are the ones who made that happen, and if Trump had won a second term, who knows how fucked we’d be! But they do seem intent on allowing our country to be run on autopilot, machinations unseen, machinations non-existent. Photo-ops with the miniature Carters are one thing, but how about some clear communiques from the CDC and the White House? I still want daily coronavirus briefings! Let’s wrap this thing up! Let’s get a V-E Day on the motherfucking coronavirus pandemic!

I wonder if there will be celebrations in Times Square. For now, we have Elon Musk hosting Saturday Night Live (with Grimes, the mother of his child, guest appearing as Princess Peach), and three people getting shot in Times Square as the show was being transmitted live across the world. Peace among men and mercy mild; not quite yet, murder is still on the menu in America. Who’s buying?