We Must Talk About the Situation in Palestine

(Mis)understanding Israel and Palestine through the eyes of the American media. 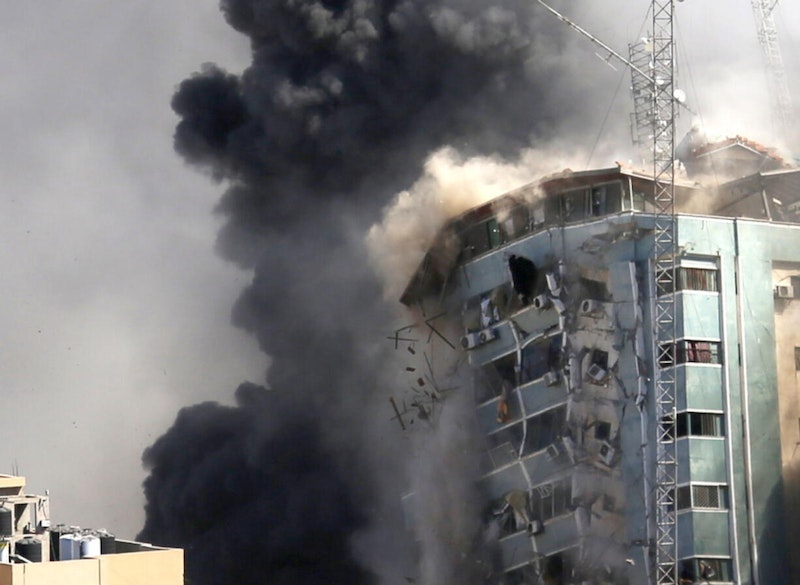 Since 2014, the ice on Israel criticism has been cracking, a change in public opinion caused by their own Operation Cast Lead, which killed over 1200 Palestinians in 51 days, and a generational shift in line with the enthusiasm Bernie Sanders first received in 2015. Israel’s disproportionate military response to periodic provocations from Hamas, a relatively anemic resistance army, could now be captured in high definition, in real time, and disseminated across the world before any major media outlet could even consider touching it. And most didn’t, just as they ignored the protests and unrest in Ferguson, MO after the August 2014 murder of Michael Brown.

The American media are obliged to cover anything that happens in Israel, and it’s the one foreign policy issue that millions of Americans have a vested interest in. It’s a volatile topic, and whenever I’ve tried to talk about it with anyone over a certain age, they shut down. “Let’s not talk about politics,” and with a wave, Israel and Palestine are out of sight, out of mind—just like the rest of the countries that our tentacles touch. Norman Finkelstein, on a live stream with Katie Halper last Monday, told the same story: at dinner with friends, the first words spoken are, “‘Let’s not talk about politics.’ Because they can’t. It’s impossible… Israel is an insane state.”

Whenever something becomes unutterable, it must be addressed immediately. This hasn’t happened with the ethnic cleansing of the Palestinian people by the Israeli government. "It is absolutely possible to stand in solidarity with Jewish people against antisemitism, while condemning Israel’s government and insisting Palestinians must be freed." It’s true that Gaza is functionally “an open air prison,” as Finkelstein put it in an earlier 2018 interview with Amy Goodman, and “the big lie” that Palestinians pose an existential threat to Israel is obvious. One doesn’t have to have a Master’s Degree in Politics of the Holocaust to understand what’s happening in Palestine: people are being murdered. Israel is shooting fish in a barrel, and they know it, they brag about it, even people on the street in Jerusalem endorse a “genocide of the Arabs.”

Excuses like “You don’t know enough about it” or “It’s the only democracy in the Middle East” are no longer salient and were never sufficient. Now they have blown up a building housing The Associated Press, Al Jazeera, along with residential apartments, among many, many other buildings to fall under their bombs. The IDF is repeatedly bombing Gaza, the same ground over and over, and citizens who have lived through multiple intifadas and attacks say there's no comparison, that this is apocalyptic. Deliberately apocalyptic.

To ignore a controlled genocide in the era of the Internet and smartphone cameras is to deny that the sky is blue. What could this summer of protests look like? Many Americans are still on the side of the right-wing government of Israel—or, as Finkelstein put it last week, “there is no center in Israel, forget about a left. There is a right, a far right, and an ultra far right.” I’m not sure where “let’s just carpet bomb them” lands on the political spectrum technically, but it’s an opinion expressed openly on the streets of Jerusalem by a young Israeli man.

This is a situation that Americans pay for, in part, just as we pay for our own police departments and military defense systems. How long can this remain abstract and impossible to ignore for Israel’s funders? Jeremy Scahill of The Intercept pointed out that, “The most popular liberal cable news program in the US, The Rachel Maddow Show on MSNBC, continues to completely ignore the massacre underway in Gaza. A total of zero mentions of it this week. She even had the chair of the Senate Intel Committee on last night and... nothing.” She’s not alone: on Wednesday afternoon, NPR’s lead story was Liz Cheney’s ouster from Republican leadership, not the leveling of apartment buildings in Palestine. The New York Times, it goes without saying, is the most appalling in its use of the passive voice when it comes to Israeli violence and Palestinian death.

We can begin with facts, and then we can establish “the situation.” Because before we can “do” anything about “it,” this, “the situation,” as Americans, we must talk about it with candor and knowledge. It’s a civic responsibility, insofar as we pay for it, and money is the surest sign in this world that something is real. And the death and destruction in Palestine is real.