Bring Unemployment Back Down

Enhanced benefits are incentivizing jobless people not to look for work. 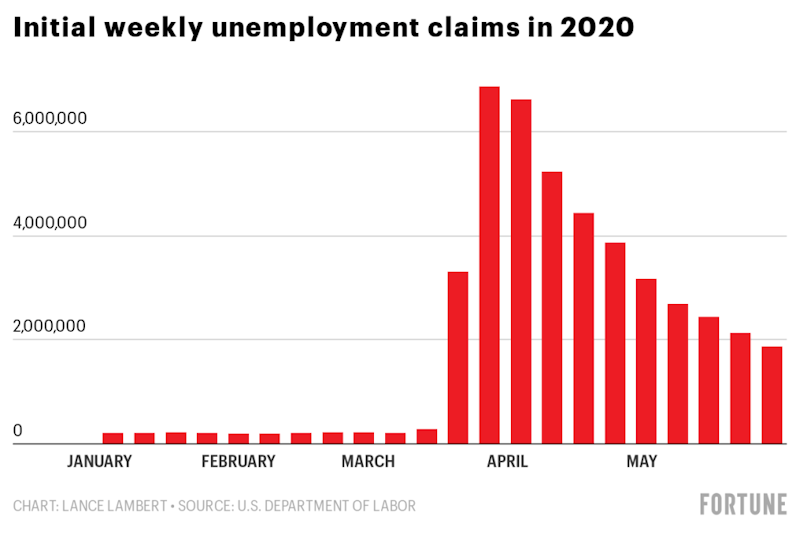 “Stop paying out of work Americans an extra $300 a week in unemployment benefits.” That is what the U.S. Chamber of Commerce is telling the federal government, saying the enhanced benefit is incentivizing jobless people not to look for work.

I agree. The April jobs report from Bureau of Labor showed a disappointing 266,000 jobs were added last month. The unemployment rate was little changed at 6.1 percent. Economists were expecting one million or more jobs, due in part to the unofficial but still important ADP employment report claiming 742,000 jobs were added in April. So why, with all the Help Wanted and Now Hiring signs, not to mention the signing bonuses and day one health insurance some businesses are offering to new hires, are positions not being filled? It’s because our government is sending them our money to do nothing.

Some out-of-work parents may feel as though they don’t have a choice. Schools haven’t fully reopened due to teachers’ unions and other groups concerned about the coronavirus. As a result, moms or dads may have decided it’s better for them to stay home with a kid now learning from a computer screen versus an in-person instructor. However, there are many people, perhaps in the millions, sitting at home and collecting a check when their country needs them to be at work.

The Heritage Foundation, a center-right think tank headquartered in Washington, DC, has long stated that we can save lives and livelihoods by reopening the economy and having people go back to work. “Federal officials need to be telling people ‘vaccines are available to everyone who wants them, and if you want a vaccine, you can get it tomorrow,’” Joel Griffith of The Heritage Foundation told me. “It is time to get back to normal. Completely back to normal. No more restrictions. The only reason why they continue to perpetuate this as a crisis is because they want to use it as an excuse to adopt a radical left-wing agenda that has been authored by Marxists.”

The Heritage Foundation has also been critical of enhanced unemployment bonuses going back to the CARES Act last year on Donald Trump’s watch. The same can be said for federal legislators, most of them Republicans. They all argued that offering people more money than they normally made would result in them not looking for jobs. They were right.

Joe Biden says he wants to build back better. Biden wants to win the competition with China over which country will dominate the 21st century. The President said as much in his recent address to a joint session of Congress. While Biden’s remarks had to do with his push for so-called green energy initiatives in The American Jobs Plan, I doubt unemployed people are going to step away from Netflix and find a job at the nearest electric vehicle or wind turbine manufacturer if Biden’s government is offering additional money on top of their unemployment. According to the Chamber of Commerce, one in four recipients of unemployment are bringing home more money than they earned when they were working. Keep in mind that people of certain income levels have been allowed to sign up for taxpayer-funded health insurance through Healthcare.gov. People in America today are getting little to no-cost health insurance and extra money because of the government’s response to the coronavirus.

Imagine what our economy would look like this time next year if 25 percent of unemployment recipients went back to work today. It would help economic growth, and we will not be able to have the economy grow unless we have people going back to work. Meanwhile, Biden maintains that it is our “patriotic duty” to wear a mask. I disagree, respectfully. Our patriotic duty is to work, to provide, to supply, and to help make sure that our nation has what it needs to survive.