New York Lost a House Seat, It’s All My Fault

As a 2020 Census worker, I’m confident I “missed” 45 responses, including one when a woman called “I’m not home!” from behind her closed front door. 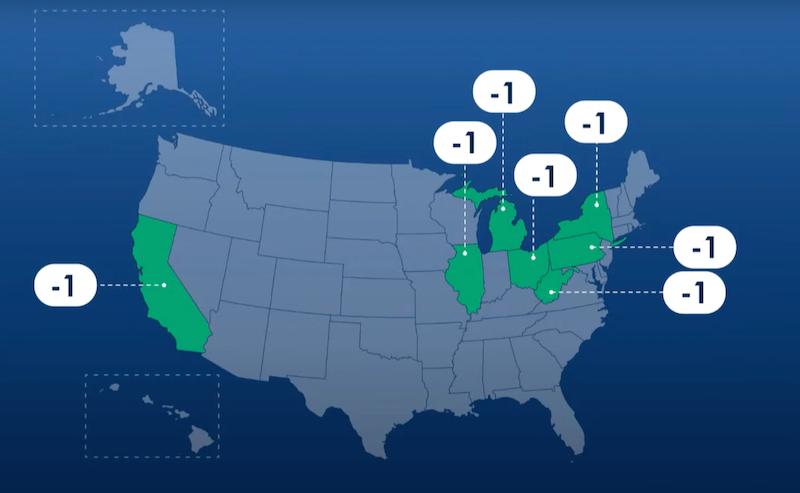 The Department of Commerce called last February to offer me a job, but things went slowly after I accepted the position. They directed me to get my fingerprints taken, which I did, but the background check took months. It took so long to complete that I moved from my temporary home in Clearwater, Florida, back to my permanent home near Buffalo, New York. I was told to reapply, and did so, in July. I officially became a Census Enumerator in September, and finished training in October.

I was tasked with working on something called PES—Post Enumeration Survey, which is counting after the counting is done. This meant that every person I met had already been visited by a Census taker. Some had completed online forms, some had mailed in hard-copy questionnaires, but every person I interviewed had, in one way or another, already answered Census questions.

This led to lots of eye-rolling and I got quick on my feet, telling people I was aware they had done their civic duty, but it was my job to confirm the work of the person who had come before. You can understand that this meant I was starting each interview two strikes down in the count. I explained that my questions could be answered in “just five minutes,” and I could begin the interview in earnest.

Each morning I’d boot my Census laptop and check the work I’d been assigned. My supervisor told me that we were short on people in my area and asked if I was willing to travel. I was, so this meant I put 5500 miles on the Subaru, crossing upstate New York, and learning county roads I’d never heard of. I spent time in and around Rochester, but went several hours east, south and west of home.

Most workdays began in the afternoon, and I hoped to find people at home in the early evening. Census rules stated that canvassing should end by nine p.m., I made every effort to finish well before then. When the workday ended, I recorded time and mileage, and added notes to cases that remained open. If I found no one home at an address, I was to return for a total of six attempts, at different times of the day, before I officially gave up on a case. When one enumerator had no luck on a case, it could be given to someone else to try, so I often ended up reading case notes about “large dogs,” No Trespassing signs and “Unable to find” particular addresses. I took it as a challenge to close those cases others couldn’t. Sometimes I was successful. Often, I wasn’t.

When I told people I was “checking the work” of another Census employee, they were usually willing to work with me to complete the survey. But sometimes, the information left for me did not jibe—I might find a husband, where the original survey had been completed by a wife. And that meant I had to stop collecting data. Because my job was to confirm someone else’s work, it was imperative I speak with the original interviewee. People said things like, “She’s at work, I’ll answer for her,” thinking they were being cooperative, but that wasn’t allowed. When I pushed for a time I could return to interview the right individual, the response was often an incredulous “Really? We can’t just be done with this?” Census rules would allow an effort to complete a survey by phone, and even though I left my cell number with the respondent, the number of times my follow-up call went unanswered was high.

Over the last several years, political infighting has led to a government shutdown. We had a situation like that last December when the threat of a shutdown didn’t actually materialize, but enumerators were told they couldn’t bill time, couldn’t even boot their laptops, if the shutdown happened. We were told to “watch your local news” for updates, and if the government found a way to fund itself, well, get back to work.

I heard lots of opinions. The government wastes money. There’s no point to the census. Didn’t I know we were in the middle of a pandemic? The Census must be breaking privacy laws. I did my best. But over several months of work, I’m confident I “missed” 45 responses, including one when a woman called, “I’m not home!” from behind her closed front door. If there were only two residents at each of those homes, there are the 90 people the Empire State needed to hang on to its prior number of Congresspeople. Blame it on me.