The Myth of a Once-Competent U.S.

Next they’ll be telling us we used to be “innocent.” 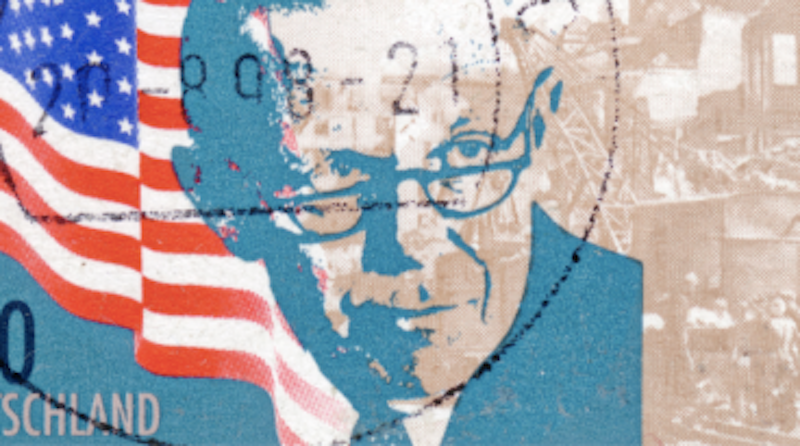 Post-Afghanistan, the moronosphere sags with commentary comparing the narcissistic idiots who run our “civilization” today with the people who ran it in a more successful past, with that “past” understood, for the most part implicitly, to be the period that terminated in the Vietnam disaster. (The point at which this period commenced, on the other hand, is never quite as clearly delineated. More about that in a moment.)

There must be something to this. The World War II-era U.S. leadership must have been better than the people who run the show now. D-Day and the Marshall Plan would’ve been inconceivable if today’s leaders, magically slipping through a wrinkle in time, had materialized in the 1940s to lead those operations.

The first would’ve ended not only in the most lurid slaughter of a marine invasion force in recorded history—with every single GI from every single landing craft floating face-down in the blood-red Channel waters—but also no doubt in a German counteroffensive that would’ve given Hitler control of the British Isles, with the swastika flag flying above Buckingham Palace and every fish and chips shop from Brighton to the dourest northern isles of Scotland converted to weisswurst emporia; the second would’ve devolved into an Iraq-style festival of total corruption (speaking of which, remember the tale of the $9 billion in greenbacks that went missing in Iraq after the 2003 invasion?), except 100,000 times worse given the stakes involved.

It also seems safe to assume, while we’re at it, that American bureaucratic ineptitude would have contrived to funnel 90 percent of the Marshall aid money not to the needy Western countries that would soon form the backbone of NATO, but rather—somehow, in some way, by some prodigy of naivete and ignorance and stupidity—to Red front groups for funneling back to Moscow.

(Which, come to think of it, would’ve been fine with me, given my pro-Russian and anti-NATO perspective. What wonders the “Red Tsar” Stalin could’ve worked with all that American money! The world would look a lot different now, and much better. It would be less loathsomely American, less neoliberal, and not only more Russian, but more Russian Orthodox, given that Stalin was, in profound ways, the admittedly sometimes over-rigid vessel for a fundamentally Orthodox worldview. But I’m getting off track. Suffice it to say that an enjoyable alternate-history novel waits to be written along these lines.)

Yet there’s something facile about these evocations of a wiser, more competent era in U.S. statecraft and warfighting. When would this golden age have started? The best bet is around the time FDR mustered up what was, whatever you care to think of it, a radical response to snowballing economic disaster, and not a second earlier.

Which is to say that the vaunted era of “competent American leadership” lasted for roughly 30 years, or until the Kennedy/Johnson missteps in Vietnam. The leadership class that existed before that 30-year period gave us, among other things, the Depression and our participation in the utter futility of the Great War—the doughboys should, after all, have stayed down on the farm, and to hell with Paree.

The period before the Great War was no golden age of consistent competence either. I seem to remember reading about massive social division, roiling political violence, and, somewhere back there, a civil war that set new standards in destruction and slaughter.

Those were some tip-top elites we had running this peculiar country back then.

Professor Harris is of the opinion that the United States has never consistently enjoyed the services of “adults in the room,” to use Cliche #577 from the Moronosphere User’s Guide, at any rate not for longer than a single generation at a time. Competence descends on the U.S. ruling classes with a frustrating lack of schedule, in the same way that God’s grace descends on us all.

Really, what moronosphere geniuses take as competence in the American past was really just sporadic competence, which is the usual lot of humanity. When it did touch our ruling classes, it was magnified by American power and might, most of which we did nothing to earn, but which accrued to us easily as a result of our (competent enough, actually) seizure of a continent that remains arguably the best piece of real estate on the planet.

Never mind. The United States isn’t everything. A fellow parishioner of mine has just returned from a visit to Moscow and had much to say about the Russian response to the Delta Variant, a response in all particulars superior to our own. I will pass along her report in my next diary entry.