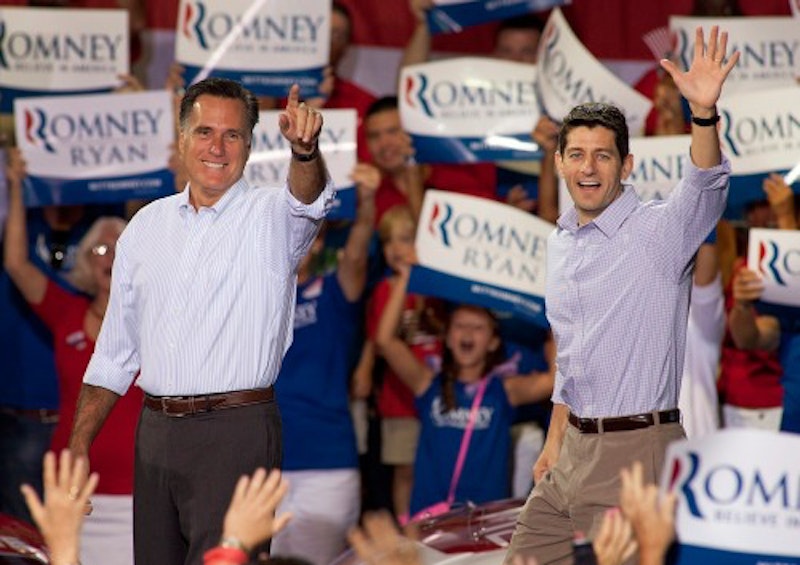 The possibility of a left/centrist daily like The Washington Post endorsing a Republican candidate for president is, at first glance, a far-fetched notion that even blinkered GOP partisans wouldn’t dare mention in mixed political company. The ridicule would be overwhelming. Yet The Post, particularly in its compromised financial position, isn’t nearly as predictable as The New York Times, its onetime rival for influence on (especially) domestic issues. Yes, the paper endorsed Barack Obama in 2008, but just two years earlier recommended Maryland’s incumbent Republican Gov. Bob Ehrlich over Democrat Martin O’Malley (who won that race and is now cravenly seeking his party’s 2016 presidential nomination). And in 1988, The Post shocked the Beltway establishment by issuing no endorsement in the George H.W. Bush/Michael Dukakis election, citing disgust with that campaign’s rhetoric.

Odds are The Post will again, at least tepidly, tap Obama—or maybe stay on the sidelines—but taken in a vacuum, its Aug. 15 editorial, “Mr. Biden’s Social Security promise falls flat,” leaves room for speculation. The editorial writer downplayed Biden’s “infamous” Aug. 14 comment in Virginia to a largely black audience that Romney would “put y’all back in chains,” dismissing it as a “dumb” remark, while calling Romney’s sanctimonious response as “tactical and over the top.”

The edit continued: “Why is this so depressing? Because, as Mr. Biden knows, Social Security is going broke. If ‘no changes’ are made, then by 2033 the program will not be able to pay benefits as promised.”

Although the writer didn’t mention the dreaded privatization concept, he or she said Social Security could be “shored up” by “tweak[ing] the inflation calculator” and “moderately rais[ing] the income limit for applying to the payroll tax,” the specter of the eventual ruin of Medicare, Medicaid and “other health-care costs” was raised.”

And The Post wrote that Obama’s call for a “bipartisan solution to strengthen Social Security for future generations,” was “hardly a profile in courage,” implying that the President was, in political jargon, kicking this problem down the road.

As most political writers and observers know, and presumably by now a large swath of the electorate, Rep. Paul Ryan has definite ideas about Social Security, Medicare and other government entitlements. The editorial didn’t mention Ryan by name, but there was certainly the hint that it might recommend implementing some of the Congressman’s ideas. Perhaps The Post might say, in late October, that while the Romney/Ryan economic plan is too severe, and would certainly be toned down by Congress, at least it was facing fiscal disaster square in the face.

The editorial’s conclusion might be the tell for a Romney or no-candidate endorsement: “[T]he vice president’s hearty assurances, like so much in this campaign, will make even more difficult the governing decisions that become more expensive and more painful with every year of delay.”

And who, after all, is Barack Obama if not Mr. Delay?