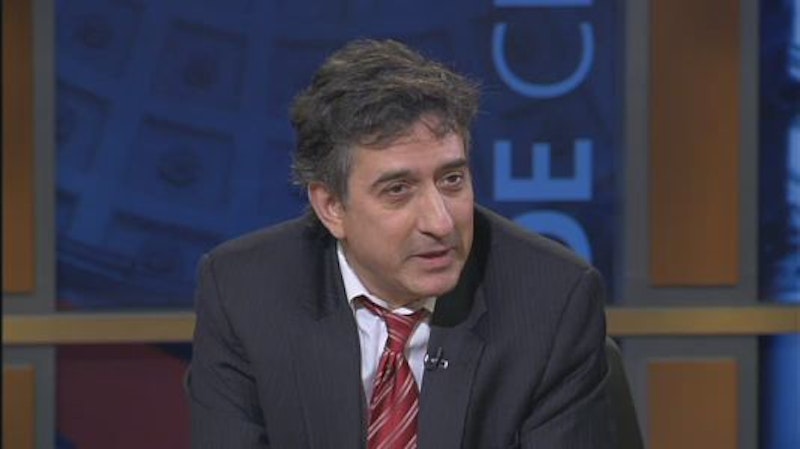 It doesn’t particularly bother me that the ongoing presidential election is “ugly,” as the media jackrabbits tell us hour after hour, or that by Oct. 25, the campaign will be fought from the sewer that Ed Norton once toiled in. That’s politics in 2012 (and 1800, for that matter) and, at least for the foreseeable future, it’s a reality no earnest academic in The Columbia Journalism Review can wish away. Similarly, that both the Obama and Romney campaigns are awash in money that’s spent on advertising buys, fees for consultants and daily polling, isn’t something I get exercised over. Really, you’d think all the critics of the 2010 Citizens United ruling would at least admit that all this excess cash is helping the economy, whether it’s television stations or temporary work—actually, the campaign’s been going on so long, the work isn’t merely seasonal, like selling Christmas tree—and is a positive.

What does get me growling, however, is the torrent of misinformation posted online, or in print, by supposedly reputable journalists (from more-or-less mainstream news organizations). Let’s consider, for today, Michael Tomasky, who writes for The Daily Beast, the Tina Brown-fronted arm of the Democratic National Committee. (And, obviously, you could wag the same finger at the ludicrous Rush Limbaugh and most of FOX News.) Tomasky jotted down several hundred words on Aug. 13, headlined “Ryan and the Built-In Lies of the Cliché Machine" that would be breathtaking for its dishonesty if it wasn’t typical of today’s parodies of H.L. Mencken. Rip Van Tomasky, who, straining credulity, claims that Rep. Paul Ryan’s been given a free ride by the media, clings to the anachronistic idea that the media strives for objectivity, as this paragraph demonstrates:

So an actual, true-to-the-facts way to introduce Paul Ryan to America would be to say: ‘Paul Ryan, the reckless Republican congressman who is intent on slashing taxes for the very wealthiest Americans…’ That is actually true. But according to journalistic convention it’s not objective. And so journalism tells these lies in the name of being ‘fair.’ It does so all the time, whether the topic is entertainment or sports or what have you. It’s just that the stakes are usually this high.

Tomasky specifically objects to characterizations of Ryan’s detailed budget plan as “bold,” (as well, one assumes, of Romney’s choosing him as running mate was “bold”), ignoring that, whatever you think of the Ryan plan to simplify the tax code—brackets of 25 and 10 percent—phase in changes to Medicare and drastically cutting federal spending, it is, at least in Washington, D.C., in fact, “bold.” Tomasky: “Proposals are routinely labeled ‘bold’ in journalism in a completely morally neutral way. It wouldn’t surprise me if we went back to American and British newspapers of 1938 and found a headline or two about ‘Herr Hitler’s Bold Sudetenland Gambit.’”

Tomasky, as it happens, didn’t go back to 1938 newspaper archives to prove that point, but that might be excused by figurative whip Brown and Beast-investor Barry Diller held over his head, yelling, “Product, more product!”

Fact is, on the same day, Tomasky’s Beast colleague Bob Shrum (veteran Democratic consultant, whose last losing campaign was that of John Kerry in 2004), wrote: “The Ryan-Romney ticket is confirming and accelerating the move away from the 2012 election as a straight-line referendum on the state of the economy. At this point, it is unmistakably and irretrievably a choice—and in terms of the unradical American majority, the financial manipulator from Bain and the New Deal destroyer from Janesville are on the wrong side.”

That’s about as “objective” as GOP strategist Karl Rove’s weekly column in The Wall Street Journal.

Mind you, I don’t begrudge Tomasky his opinions—and his New York Review of Books essays are far less hysterical than the Beast droppings—but don’t insult me, and other readers, by claiming that the media is “objective” and indulging in a Ryan schmoozefest. That’s simply dishonest, or, in Tomasky’s words, a lie.