Wikileaks, Are You Serious? 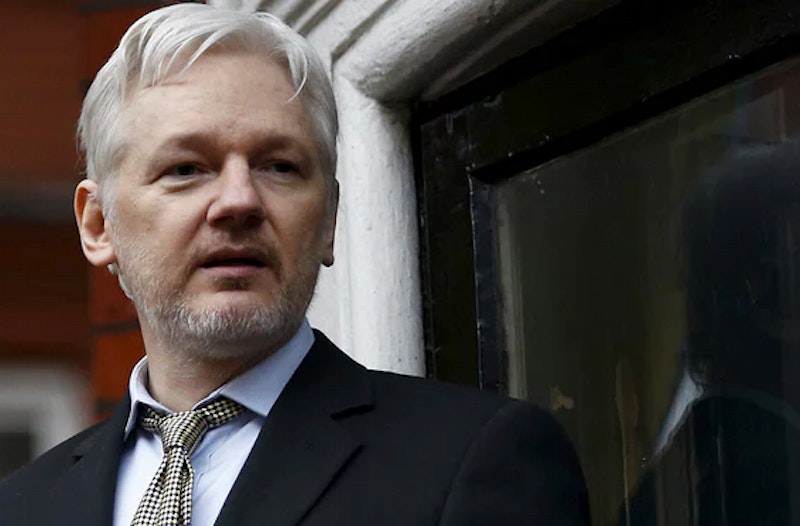 They were so excited. Roger Stone a week ago: “Wednesday@HillaryClinton is done. #Wikileaks.” Wednesday came around and Hillary Clinton wasn’t done at all. Wikileaks’ leader, Julian Assange, had spoken, but all he’d announced was that the group planned to release installments of secret material over the next 10 weeks. On Friday afternoon, Donald Trump’s hot mike hit the news. Perhaps as a result, Wikileaks decided now was a good time for the first installment. If so, the gang guessed wrong. The release looks puny next to the havoc wreaked by Access Hollywood and its over-active sound system. Clinton still isn’t done, but Trump’s about finished.

Note that the Wikileaks material included excerpts from Clinton’s Wall Street speeches. She refused to let the world hear the speeches, and Bernie Sanders clubbed her for it during the primaries. Now her secret has been exposed and it’s a yawn. An aide wrote up an email with the speeches’ most damaging excerpts, and the email was one of 20,000 that Wikileaks dumped on Friday. The excerpts show Clinton to be an establishment Democrat who favors “moderate, pragmatic parties,” the Simpson-Bowles framework, and a future of free trade and green energy. Also, she talks a better game about safeguarding her Blackberry than she actually played.

The excerpts also show that Clinton, dropped before an audience of investment bankers, will talk to them the way she does any occupation group whose members are gathered in a room. “When I was a senator from New York, I represented and worked with so many talented principled people who made their living in finance,” she tells Robbins Geller Rudman & Dowd. To Goldman Sachs: “I represented all of you for eight years. I had great relations and worked so close together after 9/11 to rebuild downtown, and a lot of respect for the work you do and the people who do it.”

Wait, there’s more to that last one. She’s building to a point, one that starts with “but,” as in: “But I do—I think that when we talk about the regulators and the politicians, the economic consequences of bad decisions back in ‘08, you know, were devastating, and they had repercussions throughout the world.” In other words, you folks can complain about regulation, but your bad decisions created a giant mess. That she puts this politely goes to show that $250,000 doesn’t just buy a speech, it buys a tactful speech.

She’s not going to tell the boys that the system is rigged. But she’ll tell them “There is a growing sense of anxiety and even anger in the country over the feeling that the game is rigged.” And “even if it may not be 100 percent true, if the perception is that somehow the game is rigged, that should be a problem for all of us, and we have to be willing to make that absolutely clear.” The new leader of the establishment’s progressive wing is telling the money makers that the old days are done and they can’t run loose. She says this respectfully, because the establishment tends to respect money. Even so, that’s what she has to tell them when they dump a small fortune on her.