Why There’s No Straight Pride Month

There’s no still no shortage of LGBTQ bigotry. 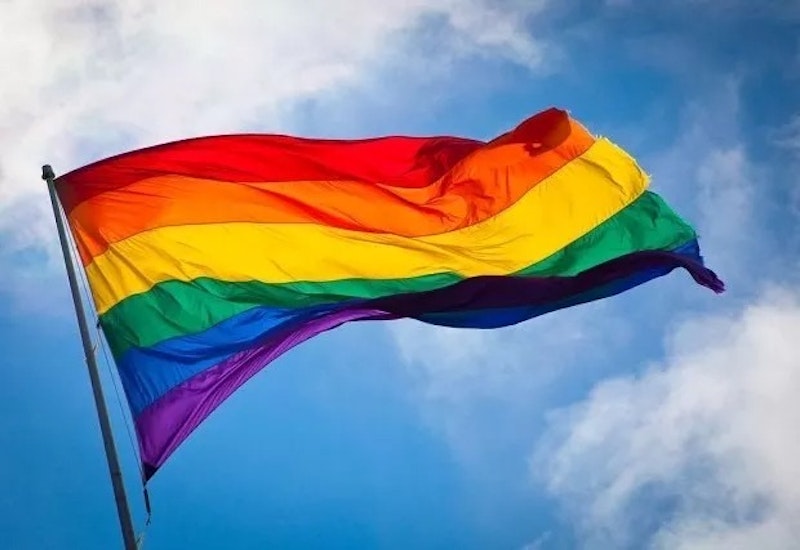 It's Pride Month. A time to celebrate all things queer and trans, remember those who lost their lives in the struggle for human rights, and explain—again—to straight people why there’s no Straight Pride Month. This false equivalency boils down to the common misconception that LGBTQ people like myself are celebrating something we didn’t achieve through hard work, like being born with a certain sexual orientation or gender identity. What people fail to realize is we’re celebrating something we achieved: all the accomplishments the LGBTQ rights movement has made so far, and that we choose to love ourselves in the face of bigotry.

It’s not as though there is any shortage of current anti-LGBTQ bigotry. President Trump signed a religious freedom executive order last month that would, according to him, “help ensure that faith-based organizations have equal access to government funding and equal right to exercise their deeply held beliefs.” Not only does it hurt church/state separation, but usually “right to exercise deeply/sincerely held religious beliefs” is code for “make it legal to deny services to LGBTQ people.” Case in point, Oklahoma Gov. Mary Fallin recently signed such a bill into law that would permit faith-based adoption agencies to turn down same-sex couples seeking to adopt children, even though there’s no evidence that same-sex couples can’t be good parents.

There’s also no evidence that gay conversion therapy works, but so far only 11 states have outlawed it. The most recent is my home state of Maryland, which last month banned conversion therapy for LGBTQ youth. The other ten states that have outlawed conversion therapy are Washington, Oregon, California, Nevada, New Mexico, Illinois, New Jersey, Connecticut, Rhode Island, and Hawaii, as well as DC. It’s still legal elsewhere throughout the country, which means right now it is legal in 39 states to torture kids with electroshock therapy to make them straight.

Although Maryland’s a mostly liberal state when it comes to LGBTQ rights, there’s still plenty of work left to do here. While much has been written about Gavin Grimm of Virginia, few know Talbot County, MD has its own fearless trans teen fighting for the right to simply use the bathroom. This past March, a Maryland federal judge ruled that 16-year-old trans boy Max Brennan has the legal right to use the bathroom and locker room that matches his gender identity after St. Michaels Middle High School told him he couldn’t two years ago. While the case isn’t over, it’s a step in the right step to full equality for trans kids in Maryland.

While cis straight people can face oppression in other ways—racism, sexism, ableism, classism—they don’t have to worry about governing authorities mandating where they go to the bathroom, whether their parents have the legal right to subject them to torture, or whether they should be legally denied services. There’s no history of oppression against cis straight people because they’re cis and/or straight. Instead of complaining that there’s no Pride Month for them, cis straight people should join the fight for equality, and celebrate our accomplishments along with us. This isn’t about “identity politics;” it’s about justice.