Why the GOP Isn't Talking About the Economy

The Party doesn’t care about the poor. 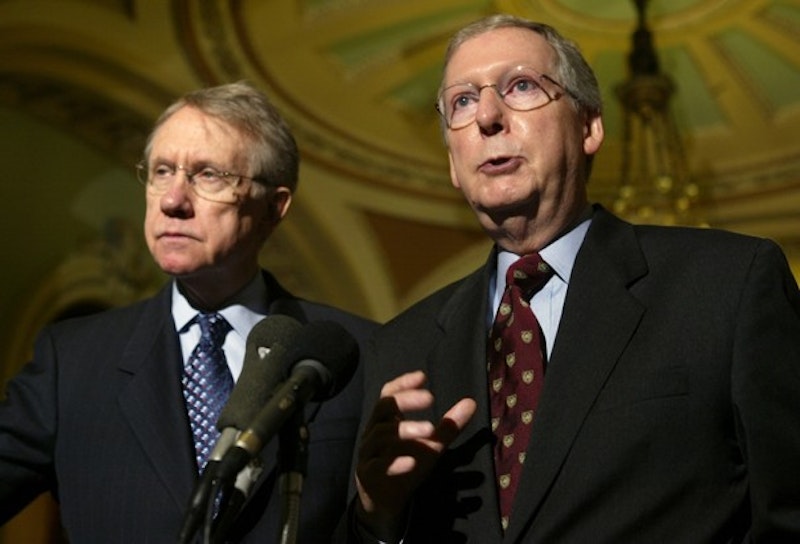 Washington is not sufficiently focused on jobs. That appears to be the conventional wisdom, and Daniel Henninger did his part to mindlessly advance that notion in today's Wall Street Journal. Rather than blaming Obama for failing to talk jobs, jobs, jobs, Henninger runs a variation, sneering at Congressional Republicans for getting distracted by immigration when they should be doing… something. And, oh yeah, educating America's youth as to why conservatism will give them jobs. Somehow or other. Or as Henninger puts it in his mealy-mouthed close:

None of these voting blocs will default to the GOP in two years or four years. Denunciations of "government" won't win them over. How the jobs catastrophe has happened to this generation requires extended Economy 101 tutorials from smart conservative candidates, if they know how.
America's unemployed need condescending schooling in their best interests by candidates gorged on donations from the Wall Street scumbags who got us into this mess in the first place. That'll work, I'm sure.

You know why the President and Congress aren't talking about jobs? Because they can't do anything about jobs. Partially that's because affecting the economy is complicated and difficult and hard to do at the best of times. Mostly, though, it's because the Republican Party is completely uninterested in the economic fortunes of those without massive wealth—as opposed to the Democratic Party, which is just mostly uninterested. So the Republicans, in the midst of a hideous economic downturn caused by moronic plutocrats in the financial sector, are concerned mostly with preventing financial regulation, stonewalling a rise in taxes on the wealthy, and shrinking government. The last of which, in case you didn't notice, puts government workers out of jobs, and increases unemployment. It doesn't decrease it.

In short, there's one simple reason why the GOP appears not to care about the poor. It's not messaging. It's not missed opportunities. It's not an accident. It's because they really don’t give a shit. I'm sure they wouldn't mind getting more votes from poor people if they could do it without actually having to address their needs or policy preferences—thus Henninger's hopeful, stupid, insulting call for free market indoctrination. But for the most part, the government isn't doing anything about jobs because the government, and the GOP especially, don’t get massive donations from poor people. And if you're not bribing public officials on a regular basis, then, in our great republic, your job is to sit there and be screwed.