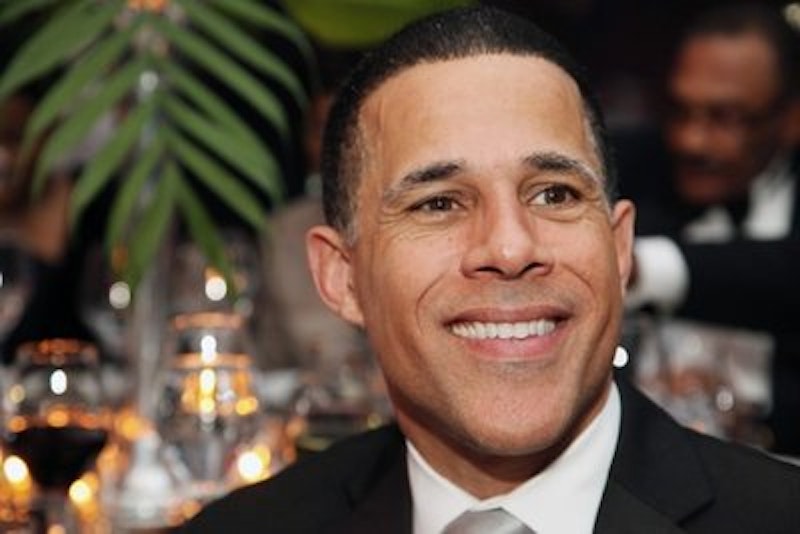 It’s a brisk 25 paces or so across the polished black-and-white diamond marble tiles from the lieutenant governor’s office to the governor’s suite on the second floor of Maryland’s antique state house. But no second in-command has ever made the resume upgrade from the number two slot in state government to the top job since the office of lieutenant governor was reconstituted in 1970.

Three of the seven—six Democrats and one Republican—who have held the number two office have tried directly and one attempted a return engagement after being banished by his patron in-chief. There’s no hex sign above the understudy’s doorway nor is the job star-crossed or cursed with the evil eye. But there are perfectly plausible explanations for why the jinx persists.

Blair Lee III, the first to assume the re-created office in 1971, bumbled in the final 10 days of his 1978 campaign over the source of mysterious campaign funds and the unbearable weight of the Mandel Administration’s baggage that he carried for nine years. Melvin Mickey Steinberg, very simply, ran afoul of Gov. William Donald Schaefer by stabbing his boss in the back over a proposed tax increase. And what of Kathleen Kennedy Townsend? Well, to put it gently, she just didn’t have the right stuff for the number one job and the voters, even Democrats, sensed it.

Sam Bogley, sacked after one term by Gov. Harry R. Hughes over the issue of abortion, tried for a political comeback twice and never made it beyond the unfortunate position of has-been. The remaining two, J. Joseph Curran Jr. and Michael Steele, the lone Republican, found other routes to political satisfaction—Curran ran and won for attorney general five times and Steele aimed for the U.S. Senate and lost only to later become chairman of the Republican National Committee.

Now it’s Lt. Gov. Anthony Brown’s turn to pursue the elusive though natural graduation to the governorship. And there’s no need for a GPS to track the glidepath of Brown’s campaign. Just follow the bread crumb trail laid down in Maryland by Gov. Martin O’Malley and President Obama and it’s easy to discern exactly where Brown’s campaign is going. And in doing so, it becomes difficult to sort out what’s left for a primary election challenger(s).

Brown, 51, last week became the first major candidate to join the jostle to succeed O’Malley, giving him a claim on early fundraising and organizing as well as exposure to attacks for politicizing the office he now inhabits under the new and purists’ rules of engagement. Most polls indicate that Brown enjoys frontrunner status over others tested in surveys although he is not widely known.

Brown, an attorney, Army colonel and an Iraqi war veteran, has been a loyal second banana to the narcissistic, media-centric O’Malley. And O’Malley is returning the favor by making it loud and clear that he is all-in for Brown and will put his proven campaign resources to work for his candidacy.

Brown has shouldered some backstage though heavy-duty assignments for the O’Malley Administration—overseeing the military base realignment, preparing Maryland for the health care exchanges under the Affordable Care Act (Obamacare) and overseeing the state’s entry into a program of Public Private Partnerships (P3s).

It’s been reported that Brown has been in negotiations with Howard County Executive Ken Ulman to assume the second spot on a Brown ticket. Under Maryland law, candidates for governor and lieutenant governor must run stapled together. Adding Ulman to the ticket would have the two-fold effect of removing a potential challenger (and formidable fundraiser) from the primary race as well as tightening Brown’s grip on the all-important Democratic Howard County. Ulman has a campaign war chest of more than $2 million. Brown is a former delegate and House majority whip from Prince George’s County.

Attorney General Douglas Gansler is the most likely and formidable threat to Brown. Gansler is now in his second term as the state’s top legal officer and has staked out a profoundly liberal record, as has Brown, most notably on the environment and with Maryland’s gay community.

Gansler is leaving himself no room to back-peddle. Word is circulating within the tight little world of politics that Gansler has given clearance to State Sen. Brian Frosh (D-Montgomery) to run for attorney general, leaving himself no option but to run for governor or get out of the way. Gansler has accumulated a campaign bank account of more than $5 million. Gansler is a former state’s attorney for Montgomery County. Del. Heather Mizeur, also a MoCo Democrat, has indicated that she intends to run for governor.

Brown’s advantage is Gansler’s disadvantage. Brown inherits the O’Malley political apparatus, which is formidable, as well as the O’Malley record, which is in the eye of the beholder. And the awesome power and authority of the State House eases the way to form lasting and meaningful political alliances. At this point, virtually the entire Democratic political establishment either openly or quietly favors Brown.

By contrast, the attorney general, by the nature of the job, has a tougher time cultivating a broad political following because much of the work is supposed to be non-partisan and a closed world behind stacks of musty law books. Every favorable opinion also has an unfavorable result, like most legal outcomes, leaving one side happy and the other thoroughly angered and disappointed.

Yet the AG’s office itself has ballooned to nearly 500 assistant attorneys general who are spread throughout the state bureaucracy, giving the attorney general eyes and ears in every agency of state government. In a curious and redundant arrangement, the Maryland attorney general represents not only the executive department but the General Assembly as well.

Rep. C.A. Dutch Ruppersberger (D-2nd) has said, when asked, that he also might be interested in running for governor. He could be the Baltimore ingredient in a contest now dominated by Washington-area candidates. However, Ruppersberger is the ranking Democrat on the House Intelligence Committee, a position he might be unwilling to relinquish for the uncertainty of a run for governor.

Primary elections are like family feuds. They allow political parties to settle their internal differences, select the candidate who looks like a winner and then proceed, full-bore, against the opposition. Primaries are also about organization, marshalling the voters and delivering them on Election Day, a form of triage whereby a candidate knows which voters he has, which he doesn’t have and those that are persuadable. It’s the third group that candidates (and their consultants) prize. Next year’s primary election has been shifted from September to June.

As every political rubbernecker knows, the strength of the Maryland Democratic party is clustered into five jurisdictions along the I-95 corridor—Prince George’s and Montgomery Counties, Howard County, Baltimore City and Baltimore County. And the majority of the state’s black population, 33 percent, lives mainly in four of the five subdivisions. They are basically where O’Malley won twice, in 2006 and 2010, and where Obama swept Maryland in 2008 and 2012. And this is where Brown’s strength lies in 2014. (A new study by the Census Bureau shows that blacks voted for the first time in 2012 in greater percentages than whites.) All tolled, Democrats enjoy a 2-1 advantage over Republicans in Maryland.

In a rare display of interest, Republicans have a bumper crop of prospective candidates who say they’re considering running for the seat being abandoned by the term-limited O’Malley. They include: Harford County Executive David R. Craig; Dan Bongino, a former Secret Service agent who ran for the U.S. Senate last year; Larry Hogan, a former Ehrlich appointee; Del. Ron George (R-Anne Arundel); and Blaine R. Young, president of the Frederick County Board of Commissioners.