Obama's Shield Laws and the Media

The new bill allows reporters to protect the identities of confidential sources. 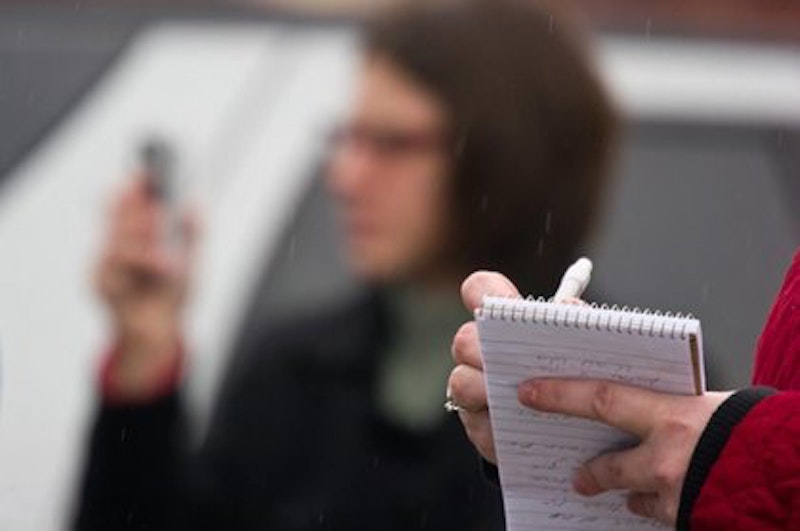 The Obama Administration’s Department of Justice used its hidden powers to teach America’s media the high price of freedom of the press. And now it wants to repair the damage by wading into the unintended consequences of a shield law.


Rocking and reeling through a week of bad press over a rapid-fire series of scandals, the White House now wants to suck up to reporters by offering protection against a questionable overreach against the media that it already committed. It is proposing a federal shield law to prevent reporters from having to divulge confidential sources of information such as leaks of classified material to the Associated Press that the Department of Justice is investigating.

Shield laws are nothing new. An attempt to enact a federal shield law was made as recently as 2009 and had been rebuffed several times earlier. Forty nine states and the District of Columbia have some form of protection for reporters. And 40 states and D.C. have shield laws that vary from state to state.

Maryland’s shield law has been on the books since the mid-1970s, as have most shield laws that were adopted following the Watergate scandals and one of history’s most celebrated leakers, “Deep Throat,” the second-ranking FBI official, Mark Felt. Not all journalists who were on the receiving end of leaks have fared well. Judith Miller, of The New York Times, spent 85 days in jail before she received permission to give up the name of Lewis “Scooter” Libby, chief of staff to Vice President Dick Cheney, as the source who told her that Valerie Plame was a secret agent for the CIA. Matt Cooper, of Time magazine, gave up Libby’s name rather than face jail time.

Myron Farber, another Times reporter, was sentenced to six months in prison for refusing to turn over his notes on a story about unexplained deaths in a New Jersey hospital despite the state’s shield law. He was pardoned by the governor and released after 45 days in jail.

What’s changed along the way, however, are the nature of journalism and the elusive definition of a reporter as well as exactly who is qualified for journalistic privilege. Bloggers are everywhere, hidden and in the open, next door or thousands of miles away, contributing to the flow of information or just plain making mischief. Recall the civic participation in helping law enforcement officials to track down the Boston bombers with bystanders as photographers.

The idea of how much latitude reporters have in gathering the news has rattled around the Republic since before America was a nation and at least since the trial of Peter Zenger, a New York printer, in 1735. And that notion has lately been joined by the debate over just who and what a reporter is. Over the years—centuries—the courts have debated just how much freedom reporters have and to this day the matter remains unsettled.

Many of the early laws, including judicial interpretations of the First Amendment, were based on English common law, among the free world’s most restrictive regulations on press and publishing activities.

The new impetus for a shield law follows the Obama Administration’s Department of Justice subpoena of the Associated Press records for 20 of its phone lines as part of an investigation to trace the source of classified information provided to the AP about a foiled al-Qaeda bombing plot. DOJ officials claim they conducted 550 interviews and followed all internal post-Watergate guidelines before resorting to subpoenaing the AP phone records in its pursuit of the leak. All of the fuss over the AP’s scoop is occurring over information that the Obama Administration was going to announce anyway.

With the push from the White House, the proposed shield law will be introduced by Sen. Charles Schumer (D-NY). The bill would allow reporters to protect the identities of confidential sources and would provide different levels of other protections depending on the nature of the investigation. Judges would have discretionary authority over whether to issue subpoenas.

Leaks are the lifeline of journalism. It has been observed that it’s possible to determine the quality of a reporter by his or her sources. The reverse of that equation is also true—the value of sources is measured by the reporters they deal with. Nonetheless, there is almost universal agreement that the heavy hand of the law and the threat of subpoenas and possible imprisonment can force sources to clam up and impede the flow of information to reporters and ultimately to the public.

The DOJ’s secretive move is considered to have severely damaged the AP’s ability to gather information in that sources may have become reluctant to call the news service for fear of having their phone numbers, cell and line, appear on the Justice Department’s review list.

The late Anthony Lewis, a two-time Pulitzer Prize winning New York Times columnist and U.S. Supreme Court specialist, questioned whether a shield law is the answer to journalistic independence. In his love song to free expression, "Freedom for the Thought that We Hate", Lewis argued that, “bloggers, in all their millions, are the modern version of lonely pamphleteers… But if the courts are to define, case by case, who qualifies for a testimonial privilege and who does not, then judges will be issuing something like journalistic licenses—which are required in some countries but are utter anathema to the America press which rightly regards press licensing as a form of official control.”

Lewis also questioned whether a shield law would add “to the evident public feeling that the press is arrogant, demanding special treatment?” He writes: “The press, as James Madison told us long ago, can be a crucial force in countering abuse of official power. But it is not always the good guy. It can be a compliant or gullible hand-maiden of government abuse.” Until the current tide of bad news, the Washington press corps had been accused of being soft on the Obama White House. And now, whiffing the perfumed scent of scandal, the press corps has turned its thunder on the White House.

In one case involving reporter privilege, Branzburg vs. Hayes, Justice Byron R. White, writing for the 5-4 majority, said: “The issue in these cases is whether requiring newsmen to appear and testify before state or federal grand juries abridges the freedom of speech and press guaranteed by the First Amendment. We hold that it does not.”

Every reporter and editor cherishes freedom of the press as the fundamental tool of the trade. But there is a cautionary note for journalists in demanding and campaigning for the seemingly impregnable protection of a shield law: Be careful what you wish for.