Will Editors Ever Tire of Running "Hook Up" Stories

Unlikely, given the dearth of imagination in today’s newsrooms. 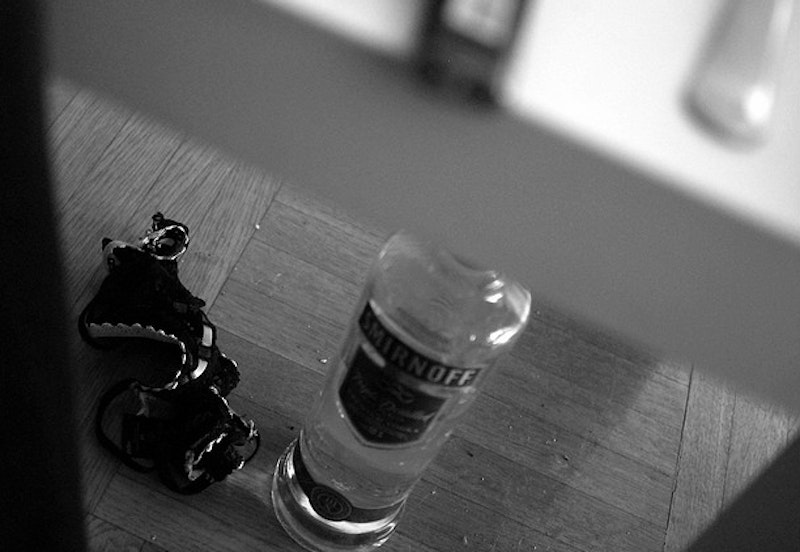 As a kid growing up on Long Island, I’d often walk over to my buddy Bobby Ringler’s house on Strawberry Lane on summer mornings, say hello to his parents, and we’d figure out what to do with the day. Bobby had a rule, though: we couldn’t go outside until we’d found five typos in that day’s New York Times. It didn’t take long, maybe five minutes, but it was a fun ritual. In a similar vein, though not as directed, sometimes I deny myself a second cup of coffee until, while scanning the “news” links, I find a candidate for the dumbest story of the day. Today, May 6, I procrastinated, as there was bank business to conduct, but the winner, via USA Today, was clear-cut.

Lisa J. Mogilanski, a sophomore at Harvard, was given the space—either by a dim-witted or bored editor—to channel Carrie Nation and vent about today’s “hook-up culture” and the prevalence of alcohol on campuses throughout the country. I’d thought the last word on this subject had been written about 15 years ago, around the time PETA members stopped splashing blood on women wearing fur in New York City, but apparently the combination of sex, booze and college students is just so… compelling that, like the old Lay’s potato chips slogan, you can’t stop at just one. Or 10,000.

Anyway, Mogilanski writes: “In fairness, it’d be wrong to call an entire demographic’s sexual behavior vulgar and leave it at that… The hookup—the broadly defined exchange of strangers’ bodily fluids (these may vary in quantity and type)—happens between consenting adults. What, then, makes it seem so crude?” The Harvard student allows that reviving chastity belts and arranged marriages probably doesn’t make sense, and invokes C.S. Lewis and Douglas Adams to buttress her flimsy argument, but while it’s not my business to care one way or another about Mogilanski’s personal life, her judgmental pop sociology is typical of, well, a college sophomore.

Maybe it’s news to Millennials, whose understanding of history often doesn’t go further back than the day they were born, but “hook-ups” aren’t new: it’s just another name for, depending upon your view, promiscuity or harmless recreation. Way, way back in the 70s, the hook-up was called a “one-night stand,” with the similar spread of alcohol, drugs and randy teenagers. I remember one night at a Baltimore party in ’74, and my friend Joe took a survey of the room and ticked off the guests, saying, “Fucked her, fucked her, not her, fucked her, too drunk to get it up for her, fucked her, tried to fuck her, fucked her” and so on. He was boasting, I guess, and no one gave it a second thought, really. Oh, and back then there was, among those with questionable character, a wink-wink attitude to gang-bangs. This was, of course, all pre-AIDS and whether sexuality was looser than today, who really knows.

But I do think one thing has indisputably changed over the years: young women aren’t generally treated like slabs of meat, or, at least, no more than young men. And rape, gang-bangs, cavemen violence, and pedophilia, not to mention professors preying on students, male or female, are not kept secret. Additionally, while campus drinking hasn’t abated, another step forward is the far less rare incidents of kids driving while smashed, a huge swing from my youth when you got in car, not even giving it a second thought, with a driver who’d spent the evening knocking back beers and whatever else was on offer. Now, texting while driving… that’s a dangerous practice that the youth of my generation didn’t have to deal with.