Why No One Reads Editorials 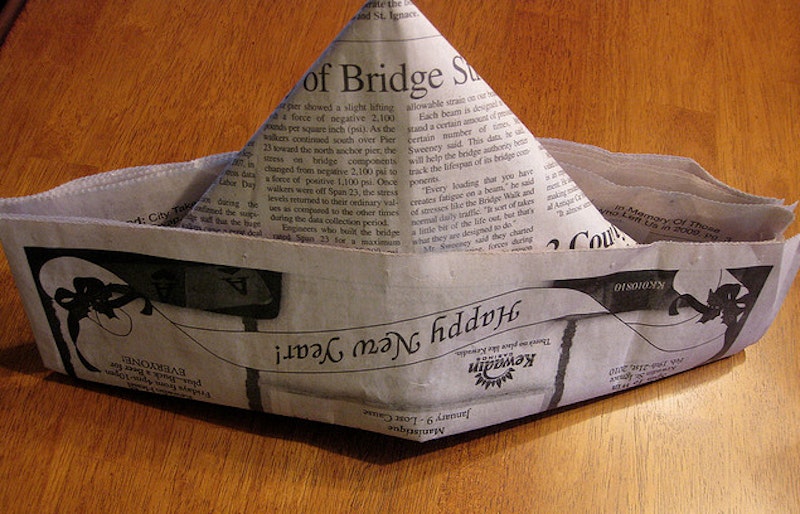 Although a generation of tech upheaval has nearly ruined daily print newspapers, one fact remains the same: very few readers bother with the editorials. It’s no mystery why—many media analysts have advocated eliminating the unsigned opinions for years—this is so. Most editorials, especially in “upscale” broadsheets, are mushy, head-shaking snippets on national and world affairs, written in a condescending tone that make the most droning sermons from a minister seem uproarious by comparison.

There is still some punch in The Wall Street Journal’s editorials, although the sarcasm factor that separated that paper from, say, The New York Times, has diminished in the past several years. I’m thinking of all this today after reading a Washington Post editorial about the spiking homicide rate in Baltimore, where I live, an utterly toothless exercise in stating the obvious without offering any substantive suggestions on how to fix the problem.

It’s hardly news in Baltimore that the police have staged a work slowdown in the wake of the “uprising” or “riots” that took place in April after the death of Freddie Gray. The Post: “If the police are determined to degrade their already poisonous relations with the city’s mainly African American communities, they have hit upon an effective strategy. Peevishness seems to have supplanted all sense of duty.” That’s a fair point: no doubt some cops fear reprisals or getting ensnared in a similar situation that led to the indictment of six colleagues over Gray’s death, but police work is the career they chose, and the abdication of responsibility is not so different from a soldier deserting his or her ranks.

You’d think that The Post might deign to consider how the cops’ union, The Fraternal Order of Police, has contributed to the problem. Like most unions that’ve bred mediocrity and complacency in its members—job for life, with excellent benefits, if you keep your nose relatively clean—and leaders who are bent on currying political favor and perks, the FOP ought to be disbanded, and let a new generation of cops take over. Root out the bigots and lazy veterans, keep the honest ones, and hire a new crew. But the Post, like most liberal newspapers, is instinctively pro-union, for reasons that are difficult to fathom.

Then the politics. Elected officials, both local and state, did not acquit themselves well during the mayhem, and The Post correctly says that Republican Gov. Larry Hogan, after spending a week in Baltimore, hasn’t done much since. But how can you write about Baltimore’s spiraling violence without mentioning the feckless Baltimore mayor, Stephanie Rawlings-Blake, who’s now a laughingstock in the city for her series of blunders. The Mayor appeared unable to make up her mind during the worst of the rioting and protests, most notably imposing a week-long 10 p.m. curfew that did more harm than good, and wasn’t evenly enforced neighborhood by neighborhood. Some activists in Baltimore City are calling for the Mayor’s resignation—even before the Gray disaster, she appeared in over her head—and maybe that’s rash. Still, in an editorial headlined “Bloody Baltimore,” a reader would expect the writer to at least raise that possibility.

But no: instead, the Post’s conclusion says almost nothing. “Baltimore must not be allowed to spiral into further despair and violence. Just as the city deserves responsible, proactive policing, it deserves strategic, forward-thinking governance from city and state leaders. Failing that, Baltimore’s failure will become their own.”

And then came the final sentence laying out a plan to implement the preceding lecture. Oh, right, there wasn’t any such prescription, no opinion in an opinion piece, about how Baltimore can be saved from “further despair and violence.” And that’s why people rarely pay attention to editorials.