Why is This Hot Dog Running for Governor of Maryland?

Douglas Gansler’s joke of a campaign. 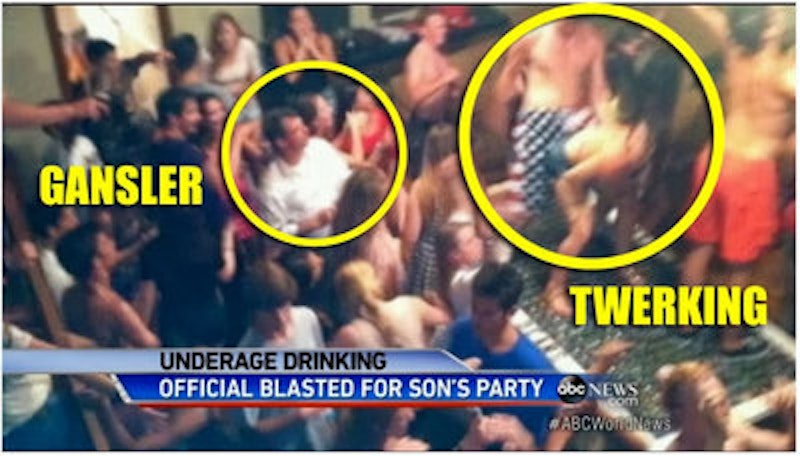 Attorney General Douglas Gansler appears to have begun his campaign for governor of Maryland wearing a toe-tag. In one grand swoop, he managed to antagonize the state’s entire law enforcement community. And in another, he offended Mothers Against Drunk Driving and their fellow travelers, the upright and uptight constituency that nobody messes with in an election year. From there, things only deteriorated for the state’s top law enforcement officer as sure as the Second Law of Thermodynamics holds that sooner or later everything turns to mulch.

The letters to the editor columns, those redoubtable reflectors of the electorate’s anger and angst, have been full of recriminations, lectures on moral guidance, scoldings on gender bias and how-to lessons on parenting. Wow! What they didn’t contain is the lesson that every politician should memorize: The cover-up and the denial are worse than the offense. It took Gansler a day or two to discover that teachable lesson. By then it might have been a tad too late. The image has stuck.

Gansler’s misadventures are not his first aberrations in public demeanor, only his latest and perhaps most brash. And they may be the most lethal as well as memorable because they go to the fundamental issue of character. He got into a he-said, they-said scrap with the State Police over his audacious back-seat driving behavior. Only the State Police had a paper trail to support their claims.

He stopped by a beach house graduation party where there might have been underage drinking but turned a blind eye on the occasion that involved his son. A picture published in The Sun showed Gansler encircled by youngsters holding red plastic cups. At a penitential news conference after two days of mauling in the press, Gansler acknowledged that his indifference might have been a mistake. “There could be Kool-Aid in the red cups,” Gansler was reported to have said at the news conference, “but there’s probably beer in the red cups.”

Hot dog: (noun) – a person (such as an athlete) who performs or plays in a way that is meant to attract attention: a person who hot dogs.

This is Douglas Gansler, or Doug, as his campaign handlers prefer, high-wire performer and high-IQ hot dog from his days at Yale through his years as state’s attorney for Montgomery County and now as attorney general and candidate for governor. And what Gansler is dealing with now is not an isolated incident or two but an accumulation of abuses and grievances that will follow him like tin cans tied to a dog’s tail.

Google is everybody’s rap sheet. There’s no escaping it. Google has assumed the properties of God. Google Gansler and you get 12 pages of headlines and 14,200 hits. Just when you thought nobody’s paying attention, somebody’s sneaking a peek.

Here is a guy who once declaimed that he was destined to be “America’s first Jewish president.” Here is a state’s attorney who once publicly tussled with another state over jurisdiction of teenage shooter Lee Boyd Malvo. Here is a county’s lawyer rebuking the courts for their sentencing policies. And here is a state’s attorney who was censured by the Attorney Grievance Commission for violating the rules of professional conduct.

Politics is about connectivity. The arc of Gansler’s early campaign is no way to form the kinds of relationships necessary for winning elections. Most candidates are narcissists trying to impersonate everyman, or at least attempting to fake it. The trick is to tap into the everyday lives and concerns of average citizens and to harness the electorate into a workforce of empathetic voters. How quaint it seems now to think that such fraudulence was once called “the common touch.”

Gansler is on the right side of most contemporary social issues—gay rights, immigration, domestic violence, reproductive rights and all of the other goo-goo rights that propel Maryland to the top of the charts of blue states and progressive records. He may lose some of that edge, though, by advocating a corporate tax cut at a time of rising anti-business populism.

But here’s where Gansler’s DNA lacks a cell or two: How does the average Joe lunch-pail resonate with the state’s top lawyer who acts as if he’s above the law? Case in point: Gansler was driving a state-owned vehicle in the District of Columbia when he got a speeding ticket. The vehicle also suffered slight damage as was discovered during an examination in his home driveway. Gansler at first denied the ticket, then acknowledged and paid it. Damage was done by delay and denial and conveying the impression that he could beat the rap because he’s attorney general.

Even worse was the impression created by Gansler’s manic back-seat behavior, according to his State Police driver(s). According to written reports, Gansler ordered his driver on various occasions to disregard speed limits, to activate flashing lights and siren and to divert to the shoulder to by-pass backed up traffic. On that last count, there was a witness trapped in the stalled traffic jam: Gov. Martin O’Malley.

The moral here is that the average citizen and voter does not have the access or privilege of a tax-supported driver or the emergency bells and whistles that equip police cars. Everyone is occasionally stalled in a traffic jam and inclined to road rage so the negative message that Gansler conveys to the average Marylander is one of who-in-the-hell-does-he-think-he-is. No resonance with the K-Mart or union hall crowd on this one.

But the worst rap on Gansler was the image he transmitted of an unconcerned parent despite his record of positive action on teenage drinking. His dissembling and parsing aroused the passions of parents across the state. “In hindsight, I probably should have assumed there was drinking and talked to the chaperones about what they thought was appropriate.” Too little, too late.

The Gansler campaign is suggesting that all the negative karma is originating from the campaign bunker of Lt. Gov. Anthony Brown, one of his two rivals for the governorship. “It looks like every time we get any kind of momentum, then they find something else, real, imagined, two years old, six months old, whatever, to drag out,” Del. Jolene Ivey (D-Prince George’s), Gansler’s understudy, was reported as saying.

If this is the case, and it certainly has suspicious fingerprints, it is called “opposition research,” a nasty but thoroughly accredited campaign technique that has its origins in the earliest days of the emerging Republic.

Momentum is the key word in Ivey’s observation. The sum total of the damage adds up to more than temporary setbacks and the recovery requires more than a minor adjustment in campaign strategy. In addition to the issue of character, Gansler’s bodacious behavior is on display at a time when the public is in an unforgiving mood over the antics of politicians.

What’s more, Gansler does not have the advantage of incumbency as governor whereby he can command the political discourse or manipulate the process to quickly blur his behavior with a few generous bequests or soothing phone calls to the apparatchiks in the precincts who flush out the voters.

Such unanticipated jolts upset the equilibrium and stride of a campaign, leaving it off balance and difficult to recover because the stories seem to be recurring on a continuous loop. But Gansler says he’s in the race to stay come hell, high water, beach house stories or rogue State Police drivers. He’d rather forget them and talk about issues.