On politics and not knowing what you're talking about. 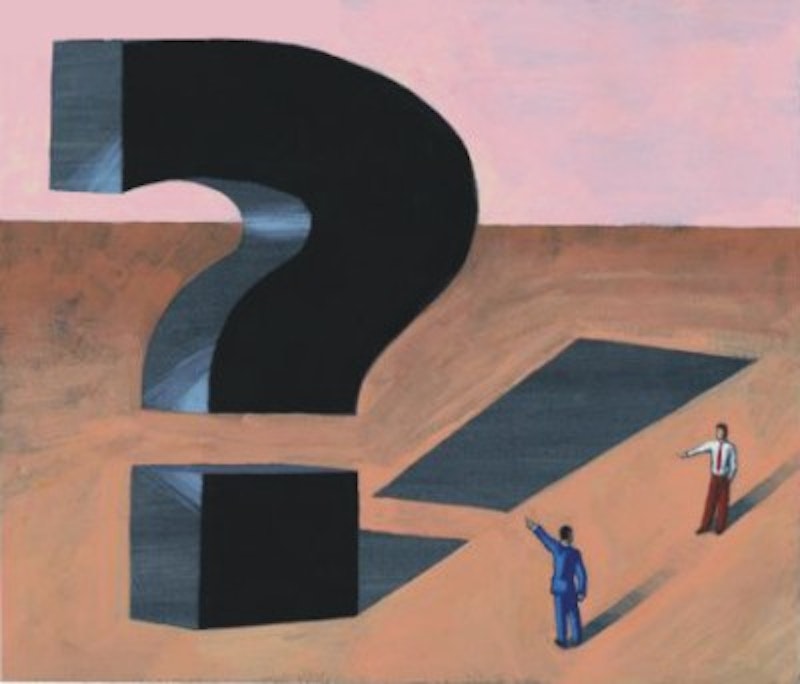 Over the last few years, political scientist and Salon/Washington Post columnist Jonathan Bernstein has become my favorite pundit. He's thoughtful, writes well, leans Democratic but is not a lefty hack like Jonathan Chait or a centrist hack like Andrew Sullivan.

His recent post, titled, "The Coming Senate Apocalypse. Or Not," is typical. Bernstein is writing about Patricia Millett, the first of three DC Circuit Court nominees who is headed to the Senate for confirmation next week. Republicans have vowed to filibuster any Democratic nominee to the court. They claim they’re doing so because the court is underworked and that more people on the court would be wasteful. However, the actual motive is probably more partisan. Currently, the DC Circuit Court leans conservative, and has blocked several important administration initiatives relating to labor and the environment. Keeping Democrats off the court means that the court won't shift Democratic.

If Republicans do filibuster three Circuit Court nominees, that would be a big deal. It’d be a power grab by a minority in a transparent effort to maintain partisan control of a major judicial body. It would give Majority Leader Harry Reid and the Democrats a huge incentive to reconsider this summer's filibuster compromise, in which Dems agreed not to eliminate the filibuster if Republicans would stop arbitrarily blocking executive branch nominees.

In short, if Republicans freeze the Circuit Court nominees, it could precipitate a bitter conflict in the Senate, and perhaps even transform the basic rules of the chamber.

But will it actually come to that? Bernstein has a forthright answer. He doesn’t know. He writes:

At any rate, what's sort of striking is just how little we know about what will happen this week in the Senate. We could be at the start of an epic confrontation... or it's just as possible that half a dozen or even a full dozen Republicans will vote for cloture.

It's rare to get that kind of forthright declaration of uncertainty in political punditry. At TPM Café, for example, the article on the court nominees is titled "Filibuster Wars to Flare Up as Reid Moves on Top Judges." That's a headline that leads you to think that filibuster wars are going to flare up even though (as the article rather quietly admits) such wars may or may not happen.

The incentives are clear enough. If you're a pundit, you want to look like you know what you're talking about. These men and women are paid for answers and/or spin, not befuddlement. By the same token, news organizations, want exciting headlines that make it sound like something is happening. Excitement and certainty get the clicks, as both the right-wing fever swamp and the (exponentially less pernicious) success of Andrew Sullivan make clear.

Which is why Bernstein's resolute, professorial insistence that he doesn't know what's going on is refreshing and instructive. Politics should be relatively transparent. In the Senate, there’s a finite number of moderate Republicans who might or might not vote to allow the Circuit Court nomination to go forward. How hard can it be to figure out? And yet, nobody knows—and it's not even clear why nobody knows. Are moderate Republicans refusing to speak out because they hope if they keep mum long enough someone else will vote down the filibuster, and they can take the safe vote and avoid a primary? Are they just unsure how they want to vote? Do Senators already know the outcome but just don't want to talk to the press? There's no way to tell.

Bernstein has more to offer than just uncertainty. He provides a lot of smart analysis (as in this post where he argues that Republican intransigence is caused in large part by an unwillingness to prioritize their own goals.) He's even makes a prediction or two (as in the Circuit Court post, where he says that if the Republicans stonewall, Harry Reid will likely be pushed to move on eliminating the filibuster.) But I still think he's most valuable for what he doesn't know—and for the insight that despite the certainty of experts, much of our political process exists in a fog.