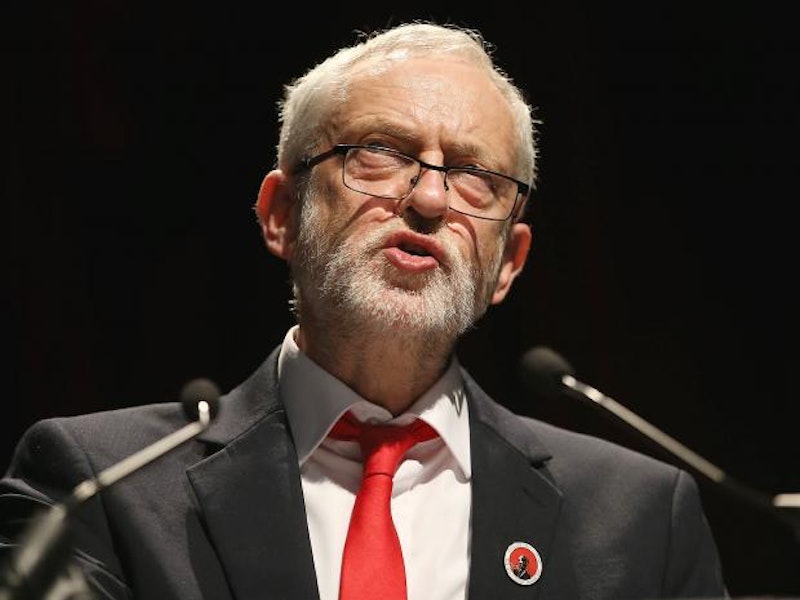 Jeremy Corbyn lost the 2017 General Election. Former Labour leader James Callaghan won 269 seats in 1979 and resigned. Neil Kinnock won 271 seats in 1992 and resigned. Jeremy Corbyn won 262 seats, lost the election, and acted like the new prime minister, calling for the winner to resign. But it was Theresa May who cried twice on the morning of June 9th as the ballots were counted, and Corbyn looked elated at a result few people called: a hung parliament, as the Conservatives fell short of their predicted majority and won only 314 seats.

Now the dust has settled, and May (still refusing to resign but surely on borrowed time) is beginning Brexit negotiations. I’m reminded of Arthur Murray’s famous 1758 quote: “The people of England are never so happy as when you tell them they are ruined.”

I voted Labour as a protest vote against the Conservative Manifesto, a lazy, cruel piece of writing, whereas the Labour Manifesto of 2017 was widely interpreted as the vision of egalitarian utopia, and the most read of any party. Is it plausible? In our diluted democracy it didn’t matter too much, (just as the most Googled term on the eve of the E.U Referendum was the E.U) as we get precious little interaction with government in matters we care about most. The vote, considering the turnout, still matters to the British, and we’ll use it how we like, thanks.

I didn’t interact at all with Brexit, living a life of aimless drug addiction and petty crime (see my blog), and ending up temporarily homeless on the streets of Central London as the Trump election was nearing its climax. I remember a mural of Jeremy Corbyn, beautifully rendered, on an extraordinary stall in Brick Lane. I was asked, “Voting for him?”

“Yes,” I said, more to be polite than anything else. It’s exhausting and painful being homeless in London, even in summer, and my three-day odyssey had brought this pain into sharper focus. I thought the mural looked pretty cool, and it was totally a Labour safe-seat, so why not. At that point all I wanted was a glass of water. But the seed was sown. Corbyn, maybe especially then, in July 2016, was marching to power. I managed to find temporary accommodation in Vauxhall, and registered to vote. I voted Conservative in 2010, but wasn’t registered to vote again until 2017. I voted Labour on June 8th and was elated at the result. It’s a thin but sometimes hugely satisfying stew, British democracy.

Corbyn’s recent performance at Glastonbury makes it clear how the liberal entertainment industry has embraced Labour, as BBC Radio 1 removed glowing tweets above photos of him rocking the crowd. Theresa May is offering the DUP $1 billion to form the British government but the fact remains: minority governments do not win elections. Elections are won through emotions; one of the main reasons the political elite rarely trusts the electorate in matters of national importance. Corbyn is a phenomenon, winning the Millennial vote, almost all of whom wanted to remain in Europe. It’s almost inevitable that Corbyn will win the next General Election, but unlike many of his voters, I believe Brexit should be implemented as it was the democratic choice of the British people. I’m also glad that the second Scottish referendum has been squashed. That was never a good idea, and another welcome result of an election I for once felt passionately involved in.

I managed to rerelease my 2009 debut Smoking is Cool in March, rewritten to incorporate the age of Trump. When I went to vote, I considered carefully what world I wanted it to be read in. I’m only in Vauxhall temporarily, currently bidding on flats and have a high band as I’m considered a priority. But I voted for Labour’s Kate Hoey, a proud Leaver, who comfortably won her seat. The response to my novel has been encouraging. I feel it would be most well received with a Labour government, as it was written during the worst years of New Labour, and would create a nice irony. I’ve no illusions about the dangers of a Labour government, as an adult on 9/11 and unable to act when the weapons of mass destruction were being “found.” I imagined Corbyn looking a little like Stalin on Election Night, just for an eerie moment. He’s down with the kids, and the kids are socialist.

I think “Shutdown” by Skepta is a better insight into Corbyn’s Britain than The Sun. Not many Conservatives understand this, and rely on Mick Hucknall for star appeal. Dark, aggressive, streetwise, sophisticated, committed. Ricky Gervais signed on with Labour. The anti-Trump elite in Hollywood has shown their support for Corbyn. It’s the beginning of something. Would it be good for the country? Opinions are divided, but warming towards Labour.