Americans Are Still Suckered by Politicians

Sleepwalking from coast to coast. 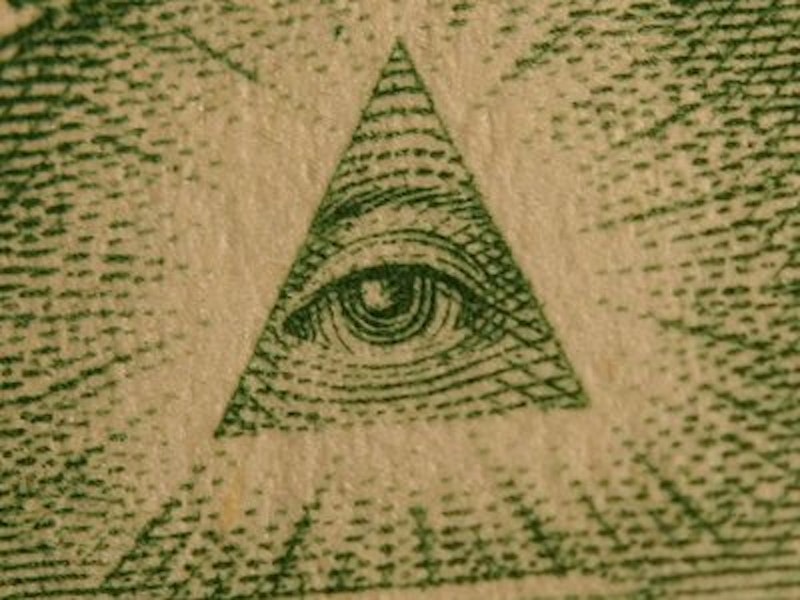 Often, when I dream, it’s vivid, feature-length, Technicolor, with an original soundtrack. The other night I dreamed I was having dinner with the President and his family in the White House. We sat at a long formal table. Everyone was there, all of his children and the First Lady. She sat in silence as the rest of them chatted and enjoyed dinner. Classical music played in the background. The meal was fast food burgers and fries, piled on the table liked a greasy pyramid centerpiece. Black waiters poured Coca-Cola into bottomless crystal goblets and stood quietly nearby. I didn’t question my presence. I was invited for some reason to meet with the President. It felt awkward surrounded by all the privilege and conspicuous consumption. Everyone but the First Lady was gobbling burgers like Wimpy on a hardcore meat binge.

Next thing I recall, the President and I are standing by a huge bay window. He points out the window and says, “Someday this will all be yours, it’s part of my plan.” I gazed out the window to a scene of hell from Dante’s inferno with some Hieronymus Bosch paintings thrown in. It wasn’t scary, it was very commonplace. Kind of like discount deal day at the shopping mall. I yelled to the President, “Fuck you, I don’t want anything to do with this shit show, give it to your kids!” The President laughed. He confided in me that he was so misunderstood and it was all part of his grand design to shake things up. I told the President in no uncertain terms that he and his ilk were finished. Presidents were obsolete. They were the kudzu choking the life out of us. His garden will not grow. He began to cry like a little baby and said he was sorry for everything. He tried to hug me and I ran off as the entire family chased me down a long dark hallway lined with busts of dead presidents and huge portraits of skeletons in suits and ties. Then, I awoke to the dreams of this world.

I’m apolitical. I’ve never voted. Presidents and politicians have no sway in my world. They mean less than flies. For decades, I believed that Richard Nixon was the reason I originally soured on presidents. Lately I realize it all started with our first Numero Uno, George Washington. It’s all there to see. His smug white powdered wig face on every dollar. His portrait hanging in every schoolroom and public office. His holiday weekend president’s sale with Honest Abe Lincoln. His cherry tree chopping, “I cannot tell a lie,” tripe. The way he’s portrayed as the father of this country. What unmitigated gall for a greedy land baron, sanctimonious blowhard, slavemaster. The daddy of that all-seeing eye of the illuminati. Starting with Washington, every president who followed in floppy clown big shoe footsteps has contributed to this moment in time. They’re all co-conspirators of the big lie. They flaunt democracy to cover up their misdeeds. You don’t need conspiracy theories to know it. The first unholy congress at the signing of the Declaration of Independence, declared by decree all (white) men have the human right to life, liberty and the pursuit of happiness. Everybody else get to the back of the bus and keep your insolent pie holes shut.

We’ve barely evolved since the American Revolution. We broke away from mother England. No taxation without representation was the freedom cry. England, whose empire was nothing less than world domination and slave labor. We see how that turned out now with taxes on everything. There are even taxes on taxes. Slavery might be abolished but slave wage labor flourishes. Washington and his band of patriotic rebels are equivalent to the gangs of thugs and goons who hold office today across this land. The founding fathers of America were privileged old white plantation men who wanted nothing but control. Using freedom as bait. They haven’t let go of that power since day one.

It’s hard to dream the American dream when you’re having daily nightmares. No peace of mind for any of us common folks. We allow these demagogues to control us by voting and playing the game of the capitalist consumer crap system. In the name of materialism and democracy. All of our hard-earned money is not ours. They bought and sold us down the river. They control the ebb and flow. It’s a sick joke we tell each other but nobody’s laughing except them. Who are they? Where are they? Hidden in plain sight. The fabled 1%. The chosen few who pull the strings, push our buttons, spread rumors and brainwash children. The spineless, gutless wonders who preach the doctrine of hatred and greed in the name of god. They have our best interest at heart. They know better, and we should too. When we wake up from the dream. And what dreams might come as we sleepwalk across this land.