Why Does Everyone Hate Camille Paglia?

Vicious disdain for the idiosyncratic cultural critic is baffling. 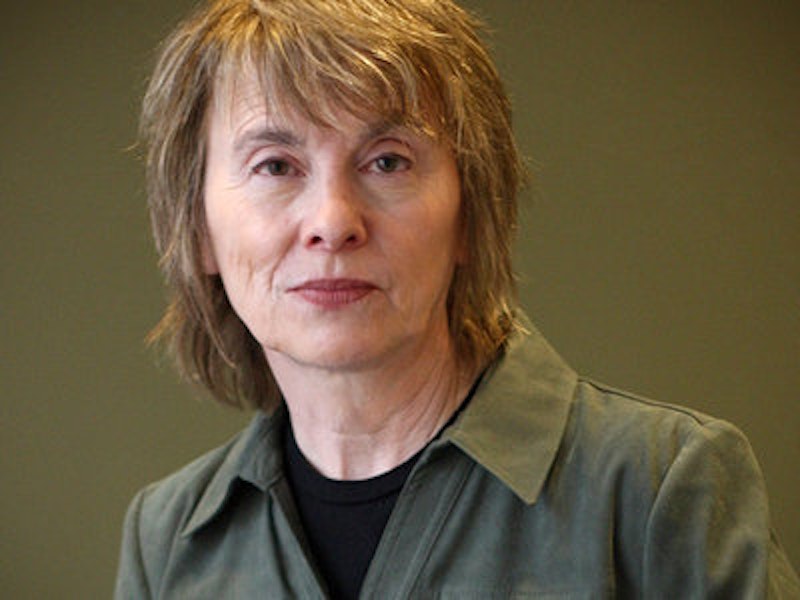 I’m a big fan of Camille Paglia. It’s her iconoclastic contrarianism, manic writing and speech, deep knowledge of a limited number of subjects (ancient history and gender theory, mostly), and disregard for language policing. Her hatred and resentment of retrograde feminist Gloria Steinem is gratifying. I’m drawn to the stubborn: Paglia is a closed-circuit system, prone to repeating herself and applying her specific and rarely updated perspectives to new and ever-changing subjects. Paglia’s worldview and many of her opinions were formed at a very young age and set in stone.

Coupled with an outsider’s complex, always railing against the establishment while looking in through the window and wishing she were a part of it, Paglia’s resentment and grudges and hobby horses are reminiscent of New York Press, which my dad started in 1988 with the hope of taking on the Village Voice and unmasking it as the ossified, liberal newspaper it had become by the late 1980s. He succeeded in 1996 by forcing the Voice to go free, but snobs like Michael Wolff, writing for then-lucrative New York magazine, still scoffed at his signature column MUGGER: “[T]he column is mostly about New York media personalities—it may well be the most exhaustive and exhausting coverage of that world—and how loathsome he finds almost all of us. It's a diary or, even, something of a weekly directory, of boldfaced names (an average of more than a hundred per column) who, on a sliding scale of vileness, are taken to task for their insiderism. He is an outsider, but he obsessively follows the writings and appearances and random utterances of everyone he considers to be an insider. He has a stalker's attention to detail.”

As if orthodoxy and hive minds are more appealing than bile and being yourself, for better or worse.

In a 1996 interview with simpatico Bill Maher, Paglia asserted, “Rock and roll should never be politically correct. I hate this kind of grunge, PC music, which wants to be nice to women. Excuse me, the greatest rock creations came out of lust and aggression, I’m trying to encourage that, we need more of that.” I don’t agree with the entirety of that statement, and I think its sentiment is informed by old opinions (obviously, she’d never heard any “grunge” aside from the bits that played on cable news segments). Paglia is, predictably, a political pariah, a woman as intensely despised and routinely dismissed as professional troll Ann Coulter. Coulter is a bargain-bin Paglia, no doubt—while I find her frequently hilarious, she’s a shameless shill who pumps out book after book year after year with provocative titles like If Democrats Had Any Brains, They’d Be Republicans; How to Talk to a Liberal (If You Must); Godless: How the Liberal Mob is Endangering America. Paglia’s work is of a different order—Coulter is essentially a humorist, a blonde Don Rickles, while Paglia is an academic and a really interesting and smart writer. Sexual Personae and Sex, Art, and American Culture are dense, scabrous, and often hilarious collections of cultural criticisms full of scabrous and biting slags, digs, judgments, and insults that never tire (from that same interview above, asked about celebrities that turn her on: “I’m a fan of the great studio era, the glamorous women, Hedy Lamarr… Meryl Streep or Meg Ryan—barf!”)

Paglia’s enthusiasm for President—sorry—Donald Trump is easily explained: those who loathe insiders and an establishment that they never fit into and never accepted them, are thrilled that Trump has already razed so much of their ground. Writing for Salon, Paglia recently admitted she was wrong about declaring last summer Trump’s candidacy as a carnival sideshow. Now,  “Trump’s fearless candor and brash energy feel like a great gust of fresh air, sweeping the tedious clichés and constant guilt-tripping of political correctness out to sea. Unlike Hillary Clinton, whose every word and policy statement on the campaign trail are spoon-fed to her by a giant paid staff and army of shadowy advisors, Trump is his own man, with a steely ‘damn the torpedoes’ attitude. He has a swaggering retro machismo that will give hives to the Steinem cabal […] But Trump is a workaholic who doesn’t drink and who has an interesting penchant for sophisticated, strong-willed European women.”

It’s all there: her opinions and perspectives are rigid, inscrutable, idiosyncratic, and her appreciation for Trump bragging about his dick followed by a familiar slight at the “debased” Bill Clinton. I understand why so many people find Paglia repulsive, because she isn’t 100 percent agreeable to any group or orthodoxy. That’s exactly what makes her interesting to me. If you disagree with someone on one point, two points, even a dozen points of view, why should they be dismissed and ridiculed and their opinions ignored? The binary attitudes of the pundit-class and media establishments are a cause of the mood in America right now, and the media’s spent the last year in denial about Trump because, whether they realize it consciously yet or not, they feel it in their bones—they’re as responsible for Trump and Bernie Sanders’ rise as our politicians. Media outsiders, with the safe vantage point of an armchair watching a tennis match, are eager to watch Rome burn—and yes, it’s in my blood, so I can’t wait for the general election.