Communitarianism and other corpses. 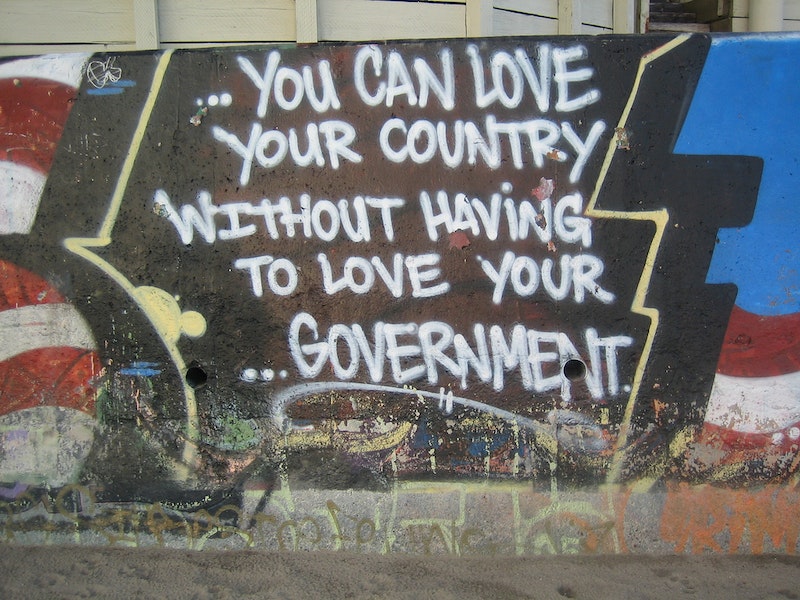 Government programs are notoriously hard to eliminate, and the basic institutional structures of the Democratic and Republican parties probably aren’t going away anytime soon, but philosophies come and go, despite their pretenses to immortality and transcendence. It might sound panicky to say conservatism or even libertarianism could go into steep decline now to be replaced by Trump-bolstered populism, but behold the trail of dead (or near-dead) ideologies behind us just since the 1990s.

It’s not just communism. Remember the “market socialism” briefly touted as its replacement? Or communitarianism (which only crosses people’s minds these days if founder Amitai Etzioni suggests flattening Beirut)? Is neoliberalism really around except as a lingering curse word? Or neoconservatism, for that matter? Isn’t paleoconservatism now destined to be remembered as just “that sort-of precursor to the Trump campaign”? I don’t foresee the Vegas-and-reality-shows Trump version of populism leading to a rebirth of poetry about farming or whatever the agrarian paleos pine for these days.

Most people will continue fumbling around for some form of centrism to embrace. But it looks as if that could mean people look back and say liberalism and conservatism were 20th-century phenomena, and they were replaced in the 21st by progressivism and populism, respectively. I don’t see either displacement as an improvement. It’ll mean the socialists succeeding in deforming liberalism, and fascists succeeded in deforming conservatism. We didn’t get out of the 20th century (and early 21st-century financial crisis, crucially) as unscathed as we thought. Some of the worst elements of 19th-century thought, long dormant, will have endured while some of the best were discarded.

The most painful thing is to see the deforming effects on libertarianism. As I explain in my upcoming book, that philosophy echoes 19th-century liberalism to some extent, but to my amazement, many libertarians now seem ready to side with Bernie Sanders or Donald Trump. I thought we libertarians were supposed to feel guilty even about just grudgingly, quietly choosing the lesser of two evils in normal, saner, more moderate elections, yet this extra-crazy election actually seems to be evoking more passion from some quarters of my fragile, tiny, easily swamped movement.

It’s a reminder to me that most problems with libertarianism aren’t caused by flaws in the philosophy’s principles but by the endless temptation to deviate from them for political gain and coalition-building purposes. The deviations almost never help, I’ve gradually concluded, but intellectuals can’t resist experimenting with dashes of other culture-war thinking, whether that means LewRockwell.com contributors railing against gays or the Center for a Stateless Society railing in favor of them. Leave it alone, for crying out loud. Not our forte. Property rights, property rights, property rights.

Non-libertarians’ culture wars bleeding into libertarianism lead to things like Canadian libertarian Lauren Southern denouncing immigration in Trump-like fashion and to other Canadian libertarians tossing her out of their party for being anti-feminist. Arguably, neither of these things should be happening, at least not as a libertarian-per-se matter.

Ah, well, pragmatism often wins out over philosophy in the end anyway, so I’m going to just keep hoping certain interested billionaires drop about $900 million on Gary Johnson’s Libertarian Party presidential campaign. We philosophers can sort out what it all means later.