Why Do They Come Here?

Devout Muslims in a sick America. 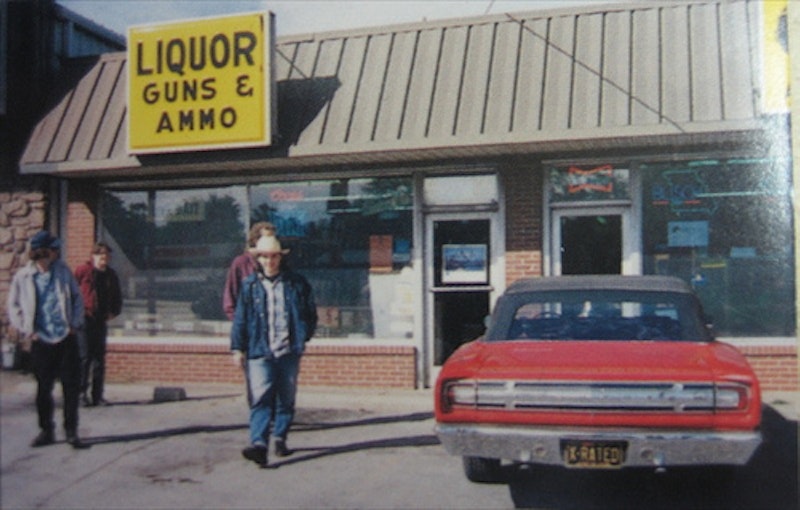 I’ve been trying to figure out what would motivate a devout self-respecting Muslim to leave the comfort zone of a society governed by Sharia law and migrate to a secular patchwork madhouse of a nation inhabited by armed bacon-obsessed drunken sodomites, but I just can’t do it. I can’t even decipher why some native-born Americans insist that we’re a Christian country, when the Founders’ writings and our history clearly indicate that the opposite is true: we are the most openly Satanic society ever to have existed, with the possible exception of Atlantis, assuming you buy into that line of malarkey.

Consider our core values: first and foremost, selfishness. Christianity and Islam share a common concern for the welfare of the poor. Here in America, the attitude is more like, “I’ve got mine, screw you.” Our national philosophy, such as it is, is shaped more by the works of Ayn Rand than the Gospels. Anton LaVey once said something to the effect that Satanism was just Objectivism with rituals and Gothic trappings. Certainly putting profit above all other considerations constitutes a direct repudiation of the teachings of Christ and must be an insult to the Prophet Mohammed.

We’re driven by violence, both at home and abroad. America is just 240 years old, and we’ve been at war for 223 of those years. An impartial observer examining our level of domestic violence could be forgiven for assuming that we’re in the midst of some terrible drawn-out slow motion civil war. Violence is in the American DNA. It’s our first resort for conflict resolution. People kill each other over parking spaces here. Kids kill each other over $200 sneakers. My main reason for skepticism over the whole “alien abduction” phenomenon is the fact that nobody has shot one of those little gray aliens yet.

We’re paradoxically extremely dainty about our violence. We’re appalled by the likes of the Manson Family, with their up-close-and-personal fondness for edged weapons, but we made a national hero out of Chris Kyle, the fabulist sniper who killed from the safety of being out of range. We like drones and dropping bombs from 35,000 feet. We’re developing a whole new generation of killer robots because no one at the Pentagon ever saw any of the Terminator movies. Shed all the blood you want, but don’t get any on ya, that’s our philosophy of warfare.

We’re a nation of drunks and drug addicts, gamblers and cheats. The true spiritual heart of America is Las Vegas. Everything there is a tacky replica of something somewhere else. How long before Sheldon Adelson hurls the ultimate insult by opening a Mecca-themed casino out there? “Make the Hajj this year! Treat your family to a luxurious vacation in Mecca!”

Don’t come here expecting anything like respect. We don’t even respect ourselves. We’ll grope your grandmother at the airport while we let hardcore MS-13 members wade in across the Rio Grande. We’re the first siege state in history with open borders. The mullahs of Iran are right when they refer to us as “The Great Satan.” We should stop being so hypocritical about it and embrace it. We should be generous, and greet Muslim refugees with pulled pork sandwiches and beer, maybe hookers and cocaine, free trips to Disneyland.

It’s understandable that we live in ignorance of our own true nature. We live in a haunted hotel built on an old Indian burial ground. That’s a hard truth to face. But why would anyone devoutly religious voluntarily come here? If they’re looking for martyrdom, they’ve come to the right place. People are martyred here every day, if not by guns or knives then by capitalist medicine or traffic, toxic events or opioid induced constipation, restless leg syndrome, or nomenclature.

Why do they come here? Is it related to why people love roller coasters and horror movies? I can’t figure it out.