Everyone thinks they're qualified to write about Islam. 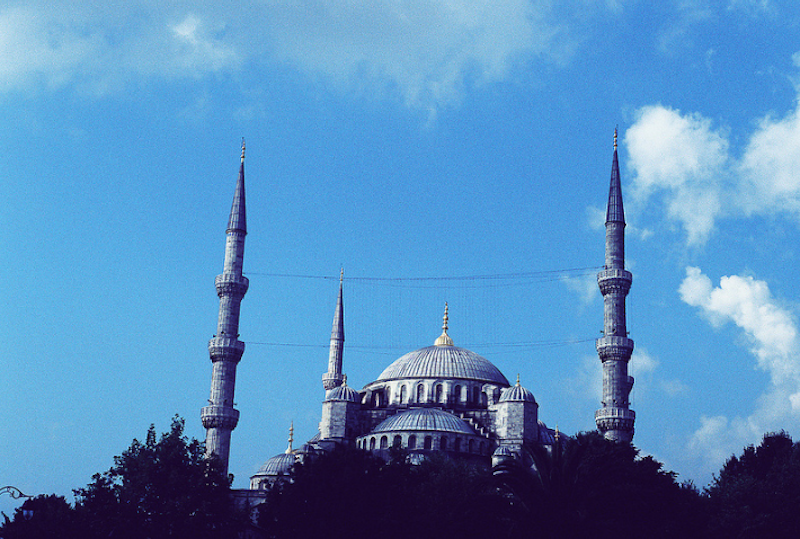 In her recent Foreign Policy article, "If Islam Is a Religion of Violence, So Is Christianity," Julia Ioffe gets off to a shaky start, writing, "Donald Trump insisted that what mowed people down at Pulse was not an assault rifle but radical Islam." She's leaving out the murderer, Omar Mateen, who did the actual mowing down. The AR-15-style weapon didn't commit the crime. Mateen could’ve chosen to blow up the nightclub with the help of an online tutorial or two. As for the semi-automatic weapon used, it doesn't meet all the criteria to be called an "assault weapon."

The article's lede says the "world's oldest religions all (Jainism?) have troubling histories of bloodshed," without establishing whether or not the blood was shed in the name of those religions, a key distinction. It's the boilerplate liberal argument that all religions are, by some miraculous coincidence, equally violent, even though they’re based on very different core beliefs and scriptures.

Ioffe didn’t waste any time in setting up her straw man argument by implying that critics of Islam have a Manichean worldview in which everything is either black or white. She's "tired of hearing from Bill Maher and from Donald Trump that Islam is inherently violent... and Christianity is inherently peaceful.” Ioffe is either disingenuous or she's ignorant about Maher's views on both Islam and Christianity if she feels his views—and the views of many other critics of Islam—are Manichean, or soft on Christianity. Categorizing Maher with Trump is inaccurate, if not dishonest.

The writer is blind to the essence of the issue in that she doesn't comprehend that both Islam and Christianity are inherently violent, which reading the Quran and the Bible demonstrates. The major challenge for both of these religions over the centuries has been overcoming all the violence contained in their scriptures. The Enlightenment, when science gained traction, was a big step ahead for Christianity, but Islam hasn't had one yet. The result is that the Quran is interpreted more literally, in general, than the Bible. Consequently, some Muslims still believe in executing people for being gay or apostates, or stoning women suspected of adultery.

The ground is thick with non-Muslim pundits on the topic of Islam these days. They write with confidence—arrogance even—but lack actual first-hand knowledge of the topic, or religion in general. Their "knowledge" all comes from books and conversations with people they select, not from attending mosques or churches regularly. Imagine a writer who’s read extensively on baseball—its history, rules, culture, etc.—who then decided to write about the game without going to actual baseball games. Would this writer be respected? Of course not.

"Buddhism is not inherently peaceful," writes Ioffe. She produces the example—the one that's always rolled out—of Sri Lanka, where Buddhists fought, and killed, Hindus. What she doesn’t get is that they didn’t commit violence out of any of the core beliefs of Buddhism, but in spite of them. Anti-violence is at the core of Buddhism, but not Islam or Christianity. Islam is an inherently violent religion whose adherents are usually, but not always, peaceful.

Ioffe notes that Trump said radical Islam is "anti-woman, anti-gay, and anti-American," and she wisely doesn't try to dispute this. As for radical Islam, she writes, "Whatever that is?" It's baffling that the author of this article in Foreign Policy doesn't know that radical Islam is the ideology of imposing Islamic values on all spheres of life. An Islamist's ideal world would be one in which every nation lives under sharia law.

We already know about the Islamists. The real question is, how many radical, violent ideas are held by mainstream, non-Islamist Muslims? I’d hope that the audience responses to questions posed by Muslim speaker Fahad Qureshi at a conference in Norway in 2013 are not indicative of the larger Muslim population. After establishing that they all attended moderate mosques, and were "normal" Muslims, Qureshi then asked if they support the death penalty for homosexuals, if men and women should sit separately, if the punishment of stoning and death penalty for various crimes, as stated in the Quran, is correct. Well over 90 percent of the audience raised their hands in agreement to these questions.

This is a chilling video and it runs counter to the liberal argument that only a few crazies have radical, violent ideas. Julia Ioffe offers us nothing to put this audience response into perspective. She has absolutely nothing new to say. She's heard that all religions are equal—her liberal sensibilities tell her denying this would be offensive—and she constructed an argument to support the conclusion she'd already arrived at. She threw in a lot of filler about the ancient Manicheans being persecuted by Catholics to distinguish her generic article from dozens of others that say exactly the same thing. By implying that all critics of Islam are Manichean, she's being Manichean herself. It's not that black and white.