Goofballs and Their Media 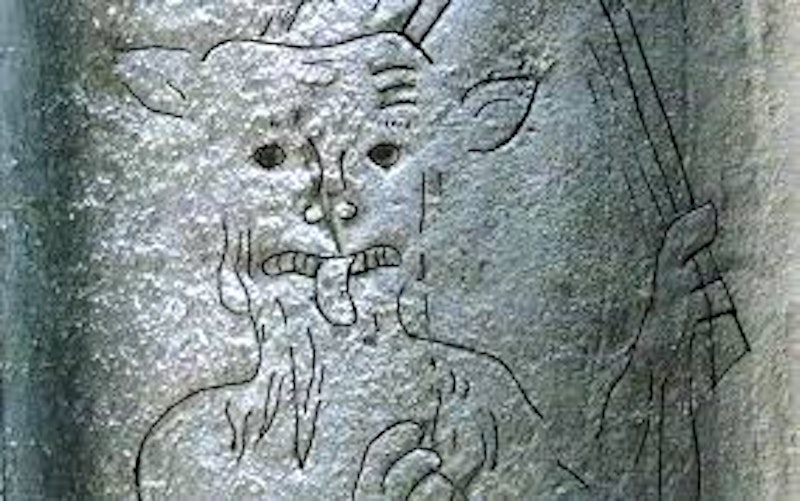 Donald Trump’s populist mobs cheer when he denounces the press, which may come back to haunt us if he becomes president and makes good on past veiled threats to yank broadcasting licenses from media he dislikes. Censorship is destructive. But it’s also true the media are dumb as a bag of hammers.

For example, the biggest lesson of the last century was that socialism doesn’t work, but when The New York Times and NPR get together to try and explain the ongoing collapse of Venezuela, that point barely comes up.

Likewise, I’m grateful to Daily News reporter Gersh Kuntzman for writing one of the positive cover blurbs for my book Libertarianism for Beginners, but I can’t blame the Internet for laughing derisively at him when he writes of firing an AR-15 rifle: “The recoil bruised my shoulder, which can happen if you don’t know what you’re doing. The brass shell casings disoriented me as they flew past my face. The smell of sulfur and destruction made me sick. The explosions—loud like a bomb—gave me a temporary form of PTSD. For at least an hour after firing the gun just a few times, I was anxious and irritable.”

Gersh probably shouldn’t have a weapon, and with passages like the one above, written in the wake of the Orlando massacre, he inspired response pieces such as one by Erick Erickson titled “My 10 Year-Old Daughter Is Tougher Than Gersh Kuntzman, Author of the Stupidest Thing on the Internet Today.”

Still, just as I resolutely defend people’s right to do as they will their money and to own guns so long as they initiate no harm against others (and do not threaten to do so or commit other violations of person or property), I defend the legal right of people to say dumb things. I wouldn’t trust any politician or political party to judge which things (short of real threats of violence) were fit to be heard.

I’m not even sure I’d trust the one political party I can still stomach, the Libertarian Party, to wield the power of censorship if it took over the government and somehow came to possess that power (due to some hypothetical revision of the First Amendment). I notice the Libertarian Party can be quite touchy about people posting negative comments on its Facebook page, for instance, and it has banned reporter Ashley Rae Goldenberg from the conservative Media Research Center from posting any more comments about LP candidates accused of deviating from libertarian orthodoxy.

It’s their page, and they can do what they like—Facebook is not their model for hypothetical future governance. But you could almost imagine them tetchily revoking press privileges at the White House when they get snippy about their Facebook page. It still surprises me sometimes how little loyalty some people feel to norms such as “giving people their say” and “hearing out the critics’ arguments,” even when the setting is one that in theory seems to be tailor-made for tolerating all voices, such as a university or a libertarian Facebook page.

If I were a pro-government authoritarian, I’d be tempted at times to remind would-be censors that government has on some occasions put its thumb on the scale of public discourse in the opposite direction of speech suppression. Some state constitutions decree that shopping malls, for instance, must allow political leafleting in defiance of the owners’ wishes. It’s tempting to contemplate a “Shut up for a minute and hear other people out” law.

That, too, would be an infringement of liberty, though. We’ll have to settle for just keeping the law out of these scuffles and letting idiots, geniuses, tolerant people, and control freaks who own Facebook pages or universities duke it out without expecting government to be their referee. Have at it.