Why Democracy is Dear to Me

Government bureaucracy creates a wall between citizens and opportunity, restitution, and basic rights. 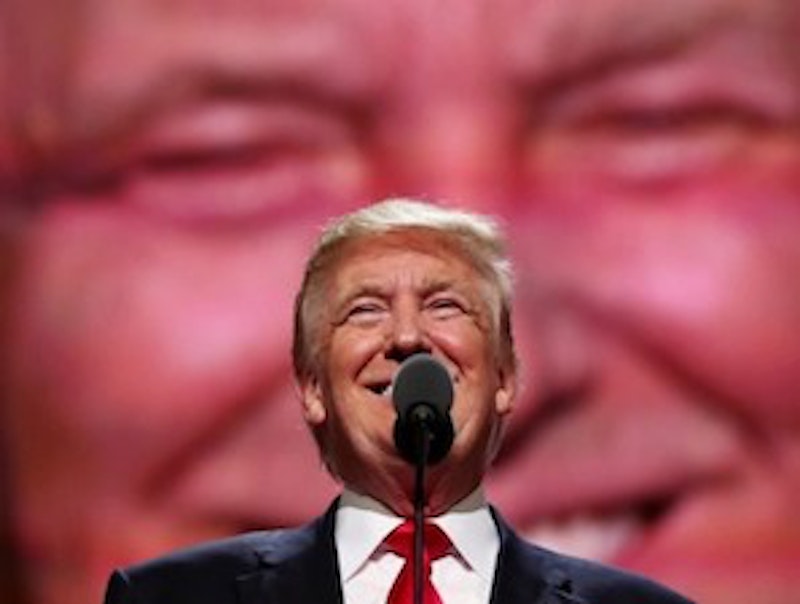 Watching the continued assault upon and erosion of democratic institutions and traditions in this country, shall we consider what we the People of the United States may be losing? As the Judiciary sheds its political independence, the media comes under attack for fulfilling its purpose, and the administration reaffirms its support for murderous and repressive foreign dictators, the loyalties of many Americans lay split between shared democratic ideals and ideological absolutism. Millions of Americans turn their eyes from the corruption and moral turpitude of our leaders in favor of the dream of a society free from gender definitions, taxes, or Mexicans. So many of us stand ready to forfeit our country’s traditions of freedom and our own personal liberties that the reasonable should take stock of what the historically ignorant and politically unprincipled are stripping from us.

As I’ve argued before, democratic states are as likely to result in disaffection or misery as other forms of government. In America we have a tendency to wave our hands at Russia or China, arrogantly noting that these aren’t “real democracies.” Of course they are. Electoral charades such as those staged in Russia and China represent not merely the arrogation of democratic legitimacy in support of anti-democratic regimes, but a perversion of democratic institutions that threatens every so-organized state from its very core. Democracy cannot defend itself from a demoralized and desensitized citizenry.

In an era of fear and intellectual torpor such as ours, those who profess to love freedom are prepared to renounce their rights to choose for themselves, and take those rights from every other citizen, in order to socially buttress personal values they claim to be independently inviolable. We ally ourselves even with wicked men who promise the satisfaction of our most cherished political desires. We insulate ourselves intellectually and socially until we regard the truth of our own opinions as self-evident and ethically compulsory. Such baseness weakens the resolve, creativity, pride, and devotion of the citizen body and facilitates the political ascendency of those least qualified and worthy to lead the nation.

Though I despise the politics, character, and rhetoric of President Trump and the pack of wolves with which he has surrounded himself, my fears regarding the future of U.S. democracy are not in any way limited to this bumbling and vicious regime. The elections of 2020 will feature one candidate whom we know cannot be trusted to uphold the Constitution or protect the rights and values of all Americans, and may likely feature another such candidate on the Left as progressives push for an ideological counterweight to Trump.

This assumes that Trump has not been impeached or otherwise disqualified from candidacy and that meaningful elections are still held in America. Though the vast majority of Americans wish for a return to more moderate policies, less divisive leadership, and greater civility (a word which explicitly links courtesy with citizenship), the escalation of political tension in this country has driven and will continue to drive skittish candidates and voters toward the ideological fringes. In our fear we’re eager to lead and be led to the obvious and elegant solutions that’ll loose this land from its moral, social, and economic fatigue.

So what? I’m ambivalent about the merits of democracy as such. So were the framers of the Constitution, who distanced citizens from actual lawmaking, vested the highest legal authority in unelected permanent Justices, and established the electoral college to put Congress between voters and the presidency.

A government that punishes dissent, suppresses the truth, and employs powers for personal advantage falls short of this obligation. A democratic state under such conditions is no less derelict than a dictatorship. The extremely wealthy, through the ingenious abstractions of their corporations and financial investments, are no less rapacious in their consumption of other people’s lives than were the landed aristocracy and unregulated industrialists from whom we have freed ourselves with great effort. Magistrates and police blithely arbitrate life-defining events of millions. Government bureaucracy creates a wall between citizens and opportunity, restitution, and their basic rights.

Preventable suffering brought on by endemic poverty, an abusive medical economy, or a malevolent criminal justice system attest to the shortcomings of our own government. The Left may advocate for better education to combat poverty, the Right for better policing. The Left may argue that only a single payer system can serve American citizens, while the Right imagines market forces recalibrating the cost of healthcare in favor of the consumer. The Left calls for fairer courts, and the Right has enthusiastically taken up the cause of those accused of sexual misconduct. On both sides of the aisle one finds an abundance of cure-alls, while social tension boils over, politicians lead by divisiveness, and the global credibility of our great nation plummets. These are the consequences of a dysfunctional democracy, but they are certainly not undemocratic.

Despite the manifest failures of “the Swamp,” I grieve for America’s traditions of democratic statehood. Though our nation sags under the weight of those problems to which democracy is most susceptible, I nevertheless prefer the perils of democratic government, even as I suffer their realization, to those of other forms of rule. Not only our nation, but also our world now requires a statehood capable of moral depth adequate to the needs of our time.

I fear those who wish to circumscribe legitimate thought and discourse, those who abdicate all social responsibility, and those who seek to define forever what it means to be an American. I fear the power of religion, money, arms, rhetoric, sophistry, and the law. I find such monstrous faces leering at me these days. Leviathan would more easily protect me from such persons and social forces.

The Declaration of Independence asserts that the just powers of government derive from the consent of the governed. Consent does not require democracy; the young people I teach consent to my doing so because they recognize my expertise and wish to learn. Nor do democratic institutions ensure consent. One can often identify despotic states by the presence in their names of words such as “democratic,” “republic,” “People’s,” and “free.” In many such cases, and in many cases throughout history, democratic elements such as elections and formal representative bodies exist, but play no role in actual governance. The Declaration recognizes that governments are posterior to the governed, and explicitly recognizes the danger posed by “any Form of Government.”

My desire to preserve, protect, and improve this country’s democratic institutions lies in my long-term hope, such as it is, for the future. As our species, nations, and communities confront the challenges of the 21st century, we shall certainly fail if we fail to do so with respect for those mutual and unalienable Rights self-evident to our country’s founders. Cooperation is prerequisite to the genuine love, resiliency, and responsibility we shall need to safely chart a course over the next several decades.

We the People must steer this state like adults. We must admit that our democratic traditions are fragile and our institutions vulnerable to abuse, yet not succumb to that fear by threatening the rights of others to think or choose.

Only in a democratic state are we invited to lead rather than follow our government. Yet democracy also burdens us with the responsibility of both self-determination and communal bonds. We are entering an era such as we have not seen.

Little more than a decade ago the defining anxieties of our age were such that we felt we could entrust their resolution to mediocre men. The generation that sits upon the chest of this country like an incubus enjoyed the fruits of others’ sacrifices, but did not know the pain of war or economic collapse. They’re predictably indifferent to the problems they leave us. Those with a stake in the future have no such luxury.

The wounds of history, the sacrifices required to prepare the future for our children, and the moral responsibilities of global inter-reliance are not borne by governments. Democracy doesn’t ennoble its citizens, we ennoble the state by our consent. Similarly, governments by their very nature can’t appreciate the cost of sons and daughters lost in combat far away, the fear of discrimination, or the outrage felt toward despicable leaders.

To engage with the future as moral agents, we must now recognize the epochal times in which we live. Only in a democratic society can we engage directly. Engagement enjoins both pragmatism and principle. As the structure and scope of human relationships, technological capability, and resource availability change, democratic institutions, for all their flaws, permit the expression of our civilization’s consent to take up the burden of the responsibility.

Though I take great pride in the history of my nation, the urgency of my concern for the preservation of meaningful democratic traditions stems from my belief that the best in our country’s past offers our only chance of creating the kind of society that will flower in the decades ahead.

Will our children inherit a world of mercantilist superpowers, worldwide cultural animosity, and environmental degradation? Shall we ignore the suffering of those whose faces are now known to us? Do we tolerate the abasement of our values by our support of those who do not deserve our trust and respect? These are questions not for government, but for individuals. Only we as unique persons experience the moral dimension of these questions, and only through a vital democratic government can we endow our state with the strength of our personal convictions. Though democratic institutions will do nothing to save us from ourselves, they do offer an outlet for the positive expression of shared social responsibility.

Without greater circumspection in the wielding of our weapons, tools, and toys, without more intelligent husbandry of our planet’s limited resources, and without personal commitment adequate to withstand disappointment, compromise, and sacrifice, we’re doomed. These are prerequisites to a future in which our children have the opportunity to remedy the mistakes of their parents.