A dove with one wing can’t fly. 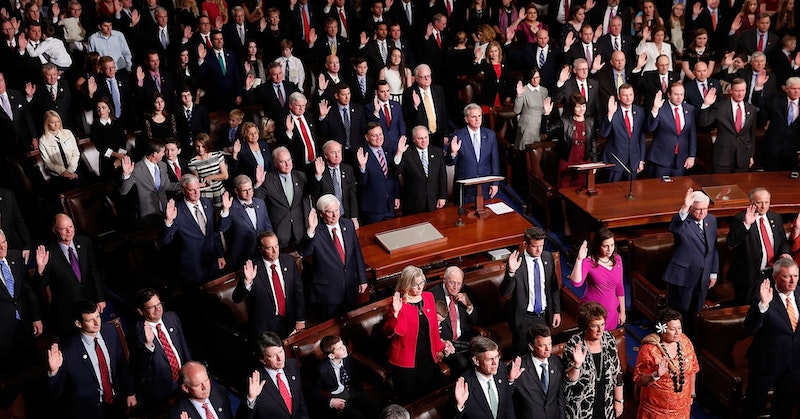 Urging right-left partisans to stop fighting is usually pointless if their main reaction is to say, “Sure, if the other side stops first.” To transcend the whole right-left impasse, then, it‘s better to look at reminders that both the right and the left are usually overlooking something and thus talking past each other. If people become conscious of that pattern, maybe they’ll stop being right- or left-wing altogether and become something more, something better. Twelve educational examples:

Is Twitter an awful company? Well, sometimes, but while we don’t want them banning people for mysterious and arbitrary (and liberal) reasons, neither do we want people to feel entitled to chain themselves to the headquarters of companies with which they disagree, as right-wing protestor Laura Loomer did to the Twitter HQ building this past weekend in New York City. Luckily, libertarianism (see my book on it, linked below) avoids these problems by simply encouraging people to make clear contracts (you should indeed know when you’ll get banned and avoid companies that refuse to tell you) and to respect others’ property (so nothing gets chained to it without permission).

Conspiracy theorist Jerome Corsi now says he’ll file criminal charges against Robert Mueller for purportedly railroading him in the ongoing Trump/Russia probe—which is so apt for the author of Killing the Deep State that Corsi probably ought to look happier about this immense publicity opportunity than he does in most photos. Think how well a new printing of the book will sell if Mueller actually sends this elderly author to prison and Corsi plays his PR cards right. But more important, conspiracy theory really can bring us all together by cutting across the usual right-left divide. Right-wingers have been defending thuggish behavior by government agencies like the FBI for decades—but not the really paranoid right-wingers. This can be a big teaching moment for their less-paranoid, more complacent, more mainstream law-and-order brethren. Those government agencies’ bad track records should also boost the left’s sympathy for Corsi and maybe even Trump, just a smidgen.

Leftists might likewise find themselves a bit more sympathetic to conservative commentator Tucker Carlson this month as he goes full-working-man-populist and declares that he would ban robot trucks from the road in an instant if he had the power to do so, just to save the three million or so truck-driving jobs on which a big batch of (mostly white, male, rural, Trump-leaning) American workers depend. But Carlson’s thinking, if taken to its logical conclusion, would ban almost any innovation, and we’d be stuck forever with “protected” jobs like wagon wheel maker and saber-tooth tiger-clubber. Anti-capitalism is anti-progress. That’s one to grow on whether you lean left or right. Don’t think like Carlson, Luddites, or regulators.

One of the more abstract—but still important—arguments against Trump is that regardless of his (minimal) policy impact, he’s damaging the national psyche with his crudeness, especially since he seems to be deliberately provoking people, like one of those jerks who think that “trigger warnings” are a joke even when used quietly, sparingly, and voluntarily to alert, say, real war and rape survivors to impending imagery that might re-traumatize them. Trump may well be cruel and thus setting a bad example—but take a moment to recall the preceding three decades or so of the p.c. left constantly changing the purported rules of civility and the purported acceptable terminology for public discourse about everything from sexual identity to “animal companions.” Might the left be guilty of its own, far more passive-aggressive, campaign of psychological destabilization? Jerk, heal thyself! The endless provocations from both right and left are by now a bit like having Crazy Mom and Drunk Dad constantly fighting and giving the kids contradictory commands, some passive-aggressive, some just aggressive-aggressive.

It’s nice, by contrast, to hear Supreme Court Justices Gorsuch and Sotomayor, appointed by presidents of different parties, sounding allied in their skepticism about asset forfeiture laws, which in essence say if you have drugs, the government gets to steal all your stuff—since, hey, maybe it’s all ill-gotten gains from the drug trade or associated violence, and police departments like getting free stuff. These laws are an outrage against both personal liberty and property, bad no matter which wing you think you belong to. (Trusting big government more than individual gun-toting citizens also leads to inanities like the public university near Detroit that has decided the best p.c. response to the rare threat of deranged shooters is to give all the students hockey pucks to hurl at intruders in case of an emergency. That plan’s gotta be dumb enough to turn even some full-blown commies into Second Amendment supporters.)

Senators including Democrat Sanders and Republican Paul teamed up to vote for curbing U.S. support for Saudi Arabia’s war in Yemen. See how people can get along when they’re reining in government instead of calling for its expansion! That smooth move by Sanders (who has simultaneously been casting himself in a more Reaganesque patriotic vein), combined with rumblings that Clinton may run again in 2020, may explain why Sen. Warren suddenly tried to out-dove and out-populist everyone with a speech bashing foreign trade and military contractors. Trade restrictions are as dangerous when the left imposes them as when Trump imposes them, though, and so this reminds me that I really don’t want her ever to become president—but she’s right that the war hawks are a bunch of subsidy-mooching whiners. In the unlikely event she ever ends up president, let her push on the anti-militarism front instead of the trade-bashing front.

Even Warren run amok would probably be less damaging to the economy, though, than would policies crafted by new representative Alexandria Ocasio-Cortez, who has gotten 15 or so Dems to sign onto a “Green New Deal” that would hand the feds the power of industrial planning, forcing the economy to become both carbon-neutral and renewable within 10 years—with job, universal health, and income guarantees tossed in for good measure. She just makes stuff up and imagines the money to go with it and should probably write children’s literature or something. The right can dislike her because of the socialism while the left can dislike her for being an embarrassment.

But I admit capitalism can be pretty stupid, too, or at least that the human race in general is, as we’re reminded by a recent experiment in which Payless shoe stores discovered they could charge hundreds more (before fessing up to the test-subject customers at the last minute) if they pretended to be a classy Italian chain called “Palessi” (get it?) selling exactly the same shoes. Rest assured, me wanting to get rid of the government doesn’t for a second mean I accept all the other b.s. in this pretentious world.

More broadly, conservatism can obviously be stupid, even when being partially free-market (though that’s the part of conservatism that’s to my liking). Treating borders and property lines as morally interchangeable has become a favorite rhetorical tactic of Trump-leaning but otherwise market-oriented right-wingers who’d like to be able to say that keeping Mexicans out of a country is the same as keeping unruly neighbors out of your living room. Those right-wingers should just become communists, given their apparent indifference to whether things are owned by individuals or controlled by governmental collectives. Don’t sully my property boundaries by comparisons to your statist borders, please.

But don’t think the left welcomes newcomers with open arms. A Buddhist man of East Asian descent with (perfectly traditional) swastika-like symbols on his outfit has been harried as a neo-Nazi by a frightening, ignorant, and large leftist London mob, which grew so gigantic and threatening police had to intervene and help guide the man to a bus to escape. These are your “anti”-fascist kin at work, liberals. Knock it off.

And speaking of the UK, the British Film Institute will no longer fund films if they depict villains with facial scars. Too insulting to the disfigured, apparently. Of course, the rest of the human race gets cast as heroes or villains depending on the story in all sorts of unpredictable ways, but now the facially-scarred will sit on the sidelines, some of their stories untold—and some of their actors un-hired—thanks to the compassionate geniuses of the British Film Institute.

With similar misguided compassion, regulators and activists are moving to “landmark” the old Strand Bookstore in New York City—which the owners have hastened to point out could drive them out of business. All those bureaucratic landmark rules, which drastically limit what you can do to your building, impose huge compliance costs on the people inside the buildings being “protected.” As with all my other examples, instead of asking yourself whether landmarking is a right-wing or left-wing function of government—traditionalist or socialist/progressive—ask yourself why we have a government at all, and avoid giving an answer that one political “wing” concocted to bash the other wing. Those answers are not plausible except as excuses to fight.

—Todd Seavey is the author of Libertarianism for Beginners and is on Twitter: @ToddSeavey