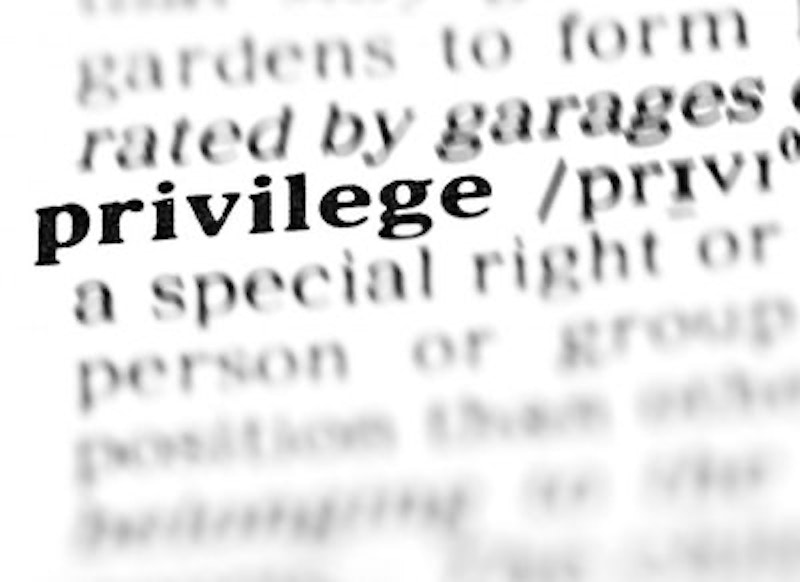 This January in Wisconsin's primarily white Oconomowoc Area School District, a high school incorporated the controversial concept of “white privilege” into a Martin Luther King Day program, after which some of the parents expressed indignation to the school board. Subsequently, Superintendent Roger Rindo announced that he'd met with board members during a closed-door session, during which they instructed him to limit the topic of white privilege to classrooms where teachers can provide appropriate context. The high school’s principal was then forced to step down.

The reaction to the edict was split along ideological lines. Amanda Hart, a lesbian mother of three, including two biracial foster children, started an online petition to rescind the ban that quickly garnered 1000 signatures. Her document called attention to negative remarks made by a local radio host that had incited parents to complain, claiming that the school board never heard from the many supporters of the privilege program. By other accounts, it was the aggrieved parents who reached out to the radio host, who then gave voice to their concerns.

Progressives are drawn to the concept of privilege in general, including the Caucasian variety, and they've been trying to transport it from its birthplace in academia to society in general, where they've found it's far from a comfortable fit. They’re keen on it for a number of reasons, including the fact that it helps them to assuage the massive guilt they’re burdened with. It's a hairshirt liberals can wear in public and press upon others as well.

Criticizing the unfair advantages bestowed upon them from birth gives progressives a morale boost that simply lobbying for equal rights fails to provide. Offering mea culpas for their privilege also provides liberals with another thing they crave—the opportunity to lord their moral superiority over others. Those less interested in claiming it can then be dismissed as not woke enough to recognize their undeserved gifts. They can't come to grips with how little they've actually had to work for whatever they've been able to attain.

It's ironic that the Wisconsin school featured white privilege to celebrate the nation’s greatest civil rights leader when it's not a concept that King himself embraced. On the contrary, he specifically said he wanted his children to not be judged by the color of their skin, but rather by their character. Such a sentiment runs counter to the spirit of the identity politics that’ve made privilege an issue. While King certainly knew that white people did have substantial privilege, his focus was on raising black Americans to the same level.

As history shows, King knew what he was doing. The same can’t be said for the modern Left, who flounder when it comes to actually accomplishing anything through strategic planning and coordinated efforts. The Left is now emotion-driven and obsesses over privilege and calling political opponents Nazis and white supremacists. How could anyone argue that it's not useful to point out to white people that they have much less chance of being followed by a security officer in a department store than a black person does? That's what happens, and it can't feel good. Anyone who doesn't understand that “driving while black” is actually a problem needs to be educated. White people can count on being welcomed into a new neighborhood, but this isn't necessarily the case for non-whites. These are matters that should be freely discussed because it's easy to take your treatment for granted if you never learn that it's not a universal thing.

White privilege exists, but the question is how to deal with it. There's also the question of whether or not placing so much emphasis on it is strategically wise. There's a good chance that if the topic was dealt with under another rubric, the same ground could be covered in a way that didn't provoke so much backlash. The white people using the term “white privilege” are the coastal elites that now hold so much sway in Democratic politics, and they want to pin it on the people Hillary Clinton called “deplorables” in her campaign.

Making white privilege a centerpiece of a social justice movement is strategically unsound because, while it's a worthy topic for academic examination, a large swath of the population instinctively reacts against it, just as it does against the concept of cultural appropriation, which also appears tailored to, above all, induce guilt. White privilege is the modern, progressive version of original sin—you're born with it and it haunts you for life. Being told to check your privilege too often sounds like “shut up” these days.

People in powerful positions who push the concept of white privilege should give their jobs to a more deserving person if they want to prove their words are more than posturing, but that’ll never happen. Instead, they use the term as an offensive weapon, reducing the chances of bipartisan communication. On the intersectionality-centric Left, being perceived as lacking privilege is advantageous to the point where people compete to show how little of it they have.