“Respectability politics” have been dead since November 9, 2016. 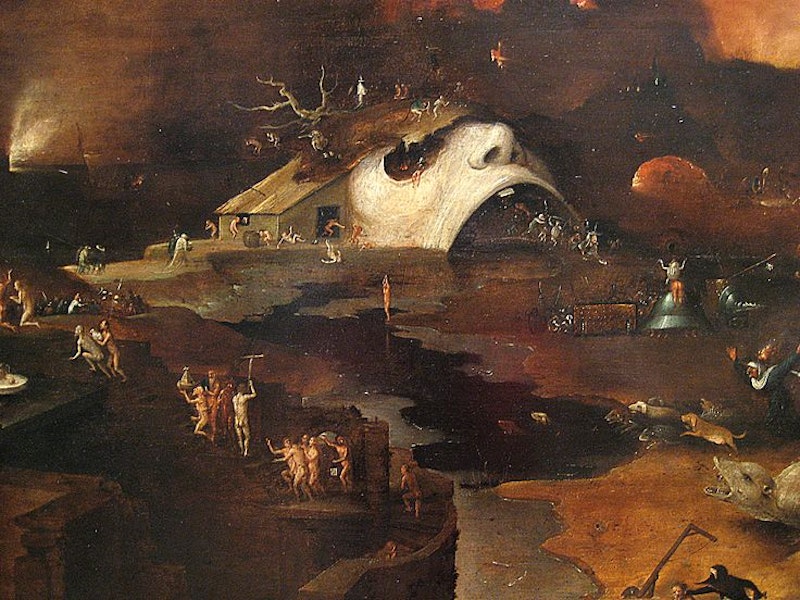 “The enemy of my enemy is my friend.” Maybe in mythology and comic books, but the sudden sympathy for retrograde ghouls like Jeff Sessions, John Kelly, Sean Spicer, and Rex Tillerson as they’re fired or humiliated by Donald Trump is silly and short-sighted. The President is a “human wood chipper,” leaving career politicians, executives, and public servants disgraced and radioactive. Those on the inside justified their presence and implicit endorsement of the administration as fulfilling the role of the “adult in the room,” failing in that respect and only enabling and emboldening a man who began his time in office clearly insecure and uncomfortable.

Hawks like John Bolton might soon be the devil on Trump’s shoulder as his finger hovers the red button that when pushed will send the warheads and cruise missiles flying, and Hawaiians will shirk off the warnings and live their last moments in peace, confident that this is just another false alarm. The opinion pages of The New York Times have an outsized influence on Democratic policy, so the hate reads of Brooks, Douthat, and Stephens are not so inconsequential.

In her column last Friday, Michelle Goldberg implored Tillerson to “Burn It Down, Rex”: “The only way he will ever change that is by joining those who would bring this despicable presidency down. If Tillerson came out and said that the president is unfit, and perhaps even that venal concerns for private gain have influenced his foreign policy, impeachment wouldn’t begin tomorrow, but Trump’s already narrow public support would shrink further. Republican members of Congress like Bob Corker, chairman of the Senate Foreign Relations Committee, might be induced to rediscover their spines and perform proper oversight.”

Don’t bet on any of these people relocating their spines anytime soon—what makes you think they’re vertebral at all? If Jeb Bush told Trump to “shut the fuck up” during any one of those early debates a few years ago, his chances would’ve surged. The last three years have demonstrated how unfashionable and ineffective “dignity” and “respectability” are when it comes to politics.

Think about the Parkland survivors and the teenage cohort marching on Washington and debating sitting senators on CNN. Some say that kid who confronted Marco Rubio was rude, and that, “If you’re rude, your point doesn’t come across.” Did you miss 2016? The two people who excited Americans—Trump and Bernie Sanders—spoke in plain statements with invective. Beating around the bush and checking your every word with a focus group or an Internal campaign team led by idiots like Robby Mook clearly doesn’t work. People don’t respond to rhetorical summersaults, and they resent politicians who give them circuitous answers to straightforward questions like whether or not they’ll accept donations from the NRA or Super PACs.

The righteous indignation of someone like Sanders shouldn’t be confused with the hateful ramblings of a very dumb man like Trump, but it’s obvious why they reached people: they didn’t bullshit. They didn’t care about “respectability politics.” I can’t believe we didn’t abandon this notion of being polite in 2016—basic requests like “I don’t want to be murdered in a school shooting,” “I don’t want to die because I can’t afford an ambulance ride” or “I don’t want to be discriminated against because some fucknut doesn’t like the way I dress or who I date” don’t deserve anything but straightforward answers you can fit on a piece of cardboard or a baseball cap.

People have a right to be angry and a right to express that anger in an arena where deference to power and respectability delivered us Trump. Rex Tillerson is never going to condemn Trump because he has no interest in putting his neck out there. He doesn’t care about anyone but himself and maybe his family. Fuck anyone that worked with Trump, fuck Rubio for prevaricating and getting humiliated by a cool teenager on CNN, and fuck anyone who insists that anger and rudeness are non-starters in political discourse. We’re way past that threshold—these people don’t deserve anyone’s respect.