A Novel View on Trump’s Candidacy 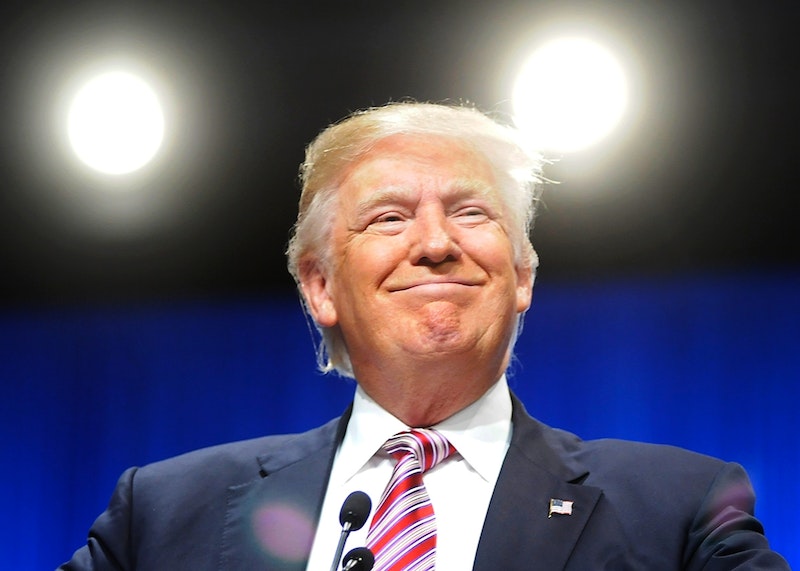 I’ve no idea who the prolific journalist Christopher Caldwell plans to vote for in November—maybe he’ll stay at home or go the third party route—but give him credit for this: in the August 13 (UK) Spectator his essay on the election was remarkable not only for its insight, but also the contrarian view that sets him apart from his colleagues. The headline of his piece, “Trump still holds the aces against Hillary Clinton,” must’ve caused consternation both in America and Europe, and not only because it deviates from the mandated “narrative” that we read around 500 times daily.

This unorthodox—and to some, including many of Caldwell’s Weekly Standard bunkmates, heretical—paragraph is easily the most novel comment I’ve read on Trump in the past year: “The primary strength of Donald Trump’s campaign is hidden in plain sight: he is genuinely funny. If elected he would be the first president since John F. Kennedy to possess a sense of humour. Those who cover his campaign seem eager to punish him for this distinction.” I’m assuming some American journalists—at least those who attempt to keep informed, admittedly a dwindling number—read the London-based Spectator, which, in my opinion is now easily the gold standard for English-written opinion magazines, and I can just imagine their disgust. Caldwell has the gall to mention Trump with the still-idolized (mysteriously) Kennedy, who was elected before many, perhaps most, of today’s political reporters/commentators were even born.

Chris Caldwell and I have been friends for two decades, back when, as a Weekly Standard staffer, he was convinced to write a weekly column (“Hill of Beans”) for New York Press. The column was off-beat conservative, meaning he had the freedom to take pokes at anyone he wanted, regardless of political affiliation. He’s a delightful fellow—and fellow Red Sox diehard—and well-respected within the dying media industry, publishing in The Financial Times, The Economist, Wall Street Journal and Weekly Standard, among others. Unlike so many Beltway-based election “experts,” Caldwell, who’s constantly on the go, is no slouch.

Other columnists, notably The New Criterion’s superb James Bowman, have made the following point, but Caldwell is succinct: “Western elites are hardening into something like a class. Having little contact with other social classes, they may, on certain issues, never have met someone who disagrees with them. They cannot distinguish between wishes and facts, and see no need to. ‘This is a bad moment for Mr. Trump, so a good one for America,’ wrote the Economist last week.”

As noted above, Caldwell makes no personal claim for either Hillary Clinton or Trump: he simply doesn’t swallow the torrent of negative media about the GOP candidate and its effect on the electorate. He admits Trump’s lagging poll numbers and lack of political experience, which is in evidence every day. I happen to agree that the election is far from over: Trump is such a unique candidate that the usual metrics can be chucked out the window. Again, if Clinton holds a narrow lead on Oct. 15, it’s likely Trump will win. If she’s up by a large margin, he’ll probably go the way of Walter Mondale or Barry Goldwater.

Caldwell concludes: “Issues likely to arise in the coming months—immigration statistics, terrorism incidents, protests by Black Lives Matter—favour him. He will enter the 26 September debate with enviably low expectations. The myth persists that he is dumb. Even though Trump has shown a gift for vaulting ahead with every new debate. And even though, measured by the gap between the modesty of his beginnings and the heights it has already attained, his is one of the most effective campaigns and US candidate has run for anything.”

I doubt, or at least hope, this radical summation will rupture any of Caldwell’s friendships, but the political environment is so ugly now—the worst since the Bush vs. Gore recount in 2000—that “the healing” might be a slow train coming.