The U.S. is ready for more parties. 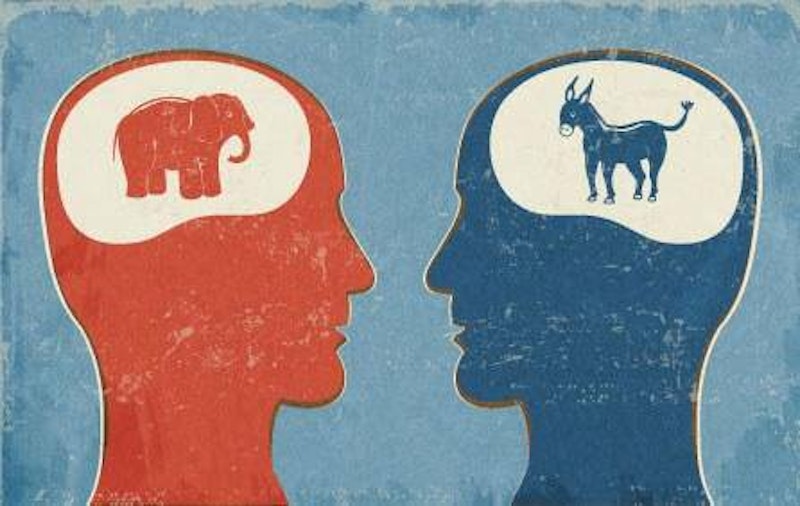 Even with George Pataki dropping out, there are a dozen Republican presidential candidates still in the race. Now Jim Webb, having dropped out of the Democratic race, threatens an independent run. And why not? Why shouldn’t everyone run for president?

I wrote yesterday about how numerous and irreconcilable the Republican factions are becoming. One of the things that keeps their respective favorite presidential candidates going is that at some point, people start placing a higher value on “getting the message out” than on actually winning the presidency (which requires the support of something like a majority of voters, an exhausting goal). We have long expected that kind of principle-over-pragmatism thinking from, say, the perennially losing Libertarian Party—but why couldn’t every faction adopt that attitude? Who actually wants to govern at this point?

Now, there are huge built-in advantages to being one of the two major parties—if you actually want to govern, that is. But what kind of sicko wants to do that? You often hear talk of America’s system, unlike parliaments, being a winner-take-all system, but you only require a majority if you’re manically focused on being president. Maybe people have become so accustomed to having numerous options that they’d find it, well, fun to have the occasional congressional district represented by, say, Greens or the Reform Party.

Winning doesn’t seem to yield benefits or change anything anymore anyway, right? So keep all those balls juggling in an entertaining fashion! Something good might come of it, after all.

And the immense and mostly still-running Republican presidential field this season shows clearly that people are motivated to run for president even when there is virtually no chance they’ll win. Whatever drives Jim Gilmore or Martin O’Malley at this point, it’s not a hope of victory. Well, what if more and more Americans decided the two most likely candidates are so embarrassing that it’d be nice to have some of these others folks stick around longer, even if only to create the fleeting illusion that we are not doomed? Independent runs for all! I’m sure I have acquaintances living in Brooklyn who’d like to be able to cast Bernie Sanders votes in November instead of just the spring primary.

If the Republicans find themselves headed toward a circus-like, Trump-centered brokered convention this summer—and the Democrats are stuck with a nominee under investigation by the FBI—this might be the perfect time for American voters to vote for oddball independent candidates just to prove they can (or because they genuinely think, say, Libertarian candidate Gary Johnson is better-qualified than Clinton or Trump, which he is). It might finally prove more satisfying than being in the winning majority this time around, if both the major-party candidates are this awful. It’s a good time, in short, to express yourself.

But I realize it is more likely that the field will narrow in the usual fashion in the months ahead. On the Republican side, perhaps we’ll lose Gilmore, Santorum, Huckabee, and Kasich after Iowa, then Christie, Paul, Bush, and Fiorina after New Hampshire, then, with the GOP field narrowed to four, watch Cruz and Rubio fight for the rest of the season while Trump laughs and Carson fades. On the Democratic side, Hillary waits patiently, but surely many of her supporters wish they had more options.

We can make it happen. All it requires is admitting what we all know: We don’t really care that much about backing that horrible, horrible winner anymore. He/she is already far too successful even without our help. Lose with dignity, and make America interesting again.