Soon they’ll have a single test for Covid and party affiliation. 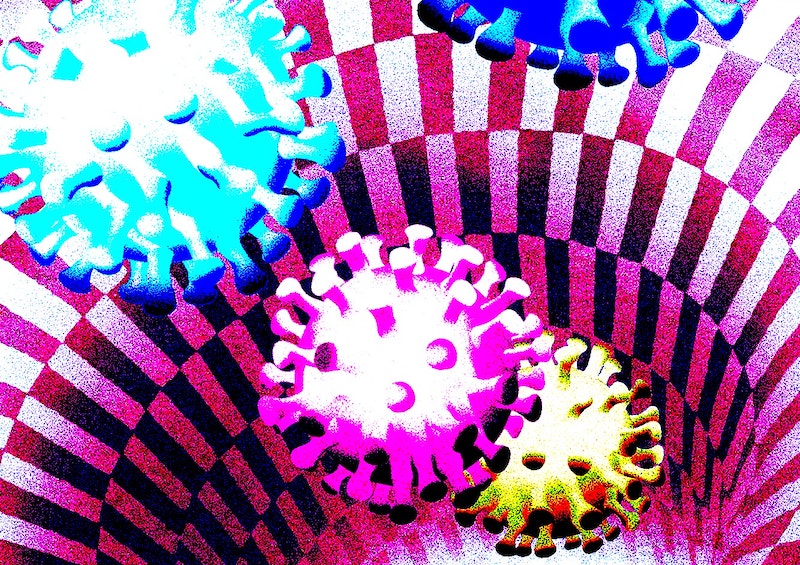 Another of the left-liberal establishment’s heroes—one with far more academic credibility than Robert F. Kennedy Jr. or Naomi Wolf—has joined the ranks of the so-called Covid conspiracy theorists, for good or ill.

Jeffrey Sachs, the Columbia University development economist who was hailed by the free-market right when he helped privatize Eastern European industries after the Cold War and hailed even more worshipfully this century by left-leaning admirers of his efforts to eradicate global poverty, led a study published in the medical journal The Lancet concluding that Covid may have emerged from a U.S. military bioweapons lab, which perhaps ought to raise a host of other questions (long story short and countless caveats and uncertainties aside). Sachs says he’s “pretty convinced [it] came from U.S. lab biotechnology.”

Maybe he’s right. Maybe he’s wrong. For current purposes, though, what fascinates me is how different the reception for such a claim would be if it came from someone the establishment didn’t love. I’m reminded once more that before the establishment spent years mocking Alex Jones for saying chemicals might turn frogs gay, that same establishment hailed future Nobel Prize winner Al Gore for making the same claim in the introduction to the book Our Stolen Future.

People who “believe the science” or “love academia” take their intellectual cues from something very different from pure, shining truth. That means that even at an elite level, clashes over what the science tells us are often just fancier versions of the culture wars fought by less classy activists. The intellectuals sometimes swoop in later to spin things in the direction conducive to the activists’ political ends, pausing to pad out the reports with lots of footnotes that add more respectability than they do proof.

Sachs himself draws attention to how meaningless a mountain of citations can be when he notes that the wave of assurances in 2020 that Covid didn’t arise from a lab leak were based on a footnote to a 2014 paper saying such viruses were not at that (now irrelevant) time used in the lab. Now, heading Lancet’s COVID-19 panel, he worries that world-altering footnote isn’t reassurance enough. Sachs et al in Proceedings of the National Academy of Sciences this year suggest U.S. bioweapons labs need to be reexamined as the possible origin—and source of ongoing risk.

Lacking the time or intellectual discipline to verify all the relevant empirical claims themselves, though, partisans—very much including the left-liberal establishment that dominates tech, media, science institutions, and academia—will happily look for shallow social cues that tell them what “their side” believes and then, in a commonplace yet unsettling act of self-hypnosis, they’ll actually believe it.

In a world built upon such shaky foundations—a few footnotes here, a variety of snobby social cues there, etc.—huge policy and personal decisions have been made over the past couple of years, whether or not they happened to be the right ones in the end.

New York City alone just fired another 850 school teachers—who used to be talked about as a rare, precious social resource by the left-liberal establishment last time I checked—for not being vaccinated against Covid. That’s not quite hypocrisy (and Covid may well warrant vaccination regardless of the disease’s origin), but the worship-them-and-then-fire-them turn is another reminder the establishment is willing to tolerate a lot of tension and irony in its views in order to stay on the current bandwagon (sort of like when they insist, perhaps correctly, that border states ought to be able to assimilate millions of Latin American migrants easily—but then call in the National Guard and issue enraged denunciations when a mere 50 migrants get sent to ritzy, liberal Martha’s Vineyard in Massachusetts).

In short, are the establishment’s shifting views really resting on rock-solid, empirical fact? I predict, now that the Covid crisis seems to be abating, that we’ll see a massive swing in establishment attitudes back toward the pretense that they’re the cautious, reasonable, evidence-weighing, tradeoffs-savvy ones and always were, despite the giant lemming-like panic through which we all just lived and which some of us have no partisan reason to forget on cue.

Maybe, if the establishment pundits don’t just throw Sachs under the bus (which they might—don’t doubt their ability suddenly to “remember” that he was something of an anti-socialist force in the post-Soviet period and thus easily painted as a no-good right-winger if it becomes politically necessary), they’ll say he’s onto something but that it’s not something that should call into question the past two years of medical pronouncements and online efforts to censor lab leak theories, including ones like Sachs’.

Maybe they’ll just pivot and say this newly-acceptable take on Covid proves once again, narrowly and specifically, that the military is bad. Cognitive dissonance kept at bay! Old hippie-left narrative preserved! Vote Democrat in November! Then, appoint a commission or something to, you know, make sure those biolabs are “saving the Earth” instead of preparing to kill millions. No need to unlearn all the other herd-following, government-trusting, authority-believing habits that led you to a hairpin turn.