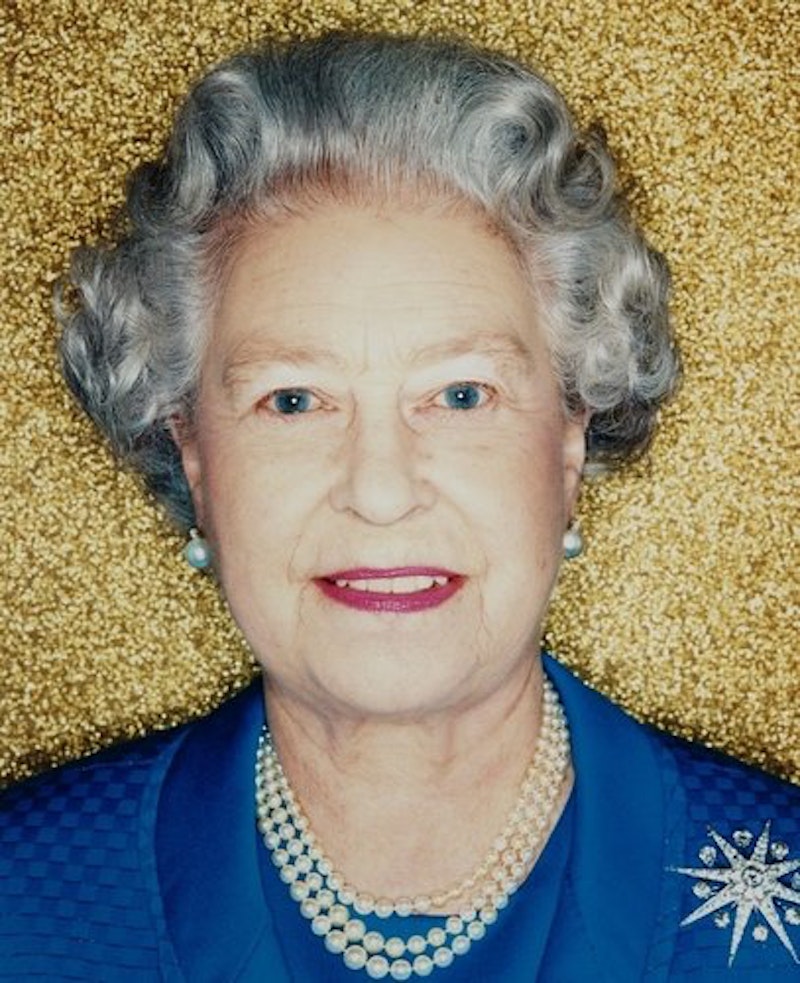 “May her pain be excruciating,” tweeted ghoulish professor of languages Uju Anya—educated by Dartmouth, Brown, and UCLA, veteran of teaching stints at Penn State, USC, and now Carnegie Mellon—at the news Queen Elizabeth II was dying.

Anya and the entire higher education system that created her are political to the core and evil beyond the power of conventional language to convey, though perhaps a Ph.D. in language would open up more colorful possibilities. We should avoid wishing unnecessary pain on any one individual. Still, the death of a monarch or any other political leader is a chance to remind ourselves that they too represent evil systems.

I don’t condone monarchy, nor am I happy when some libertarians—or for that matter Enlightenment philosophes centuries earlier—flirt with it, though I respect the argument that a one-person government at least makes it easier to know who to blame for all the terrible things government does (instead of fostering the democratic illusion that “we all did this to ourselves”).

That pessimistic argument is at least more anti-authoritarian than the attitude of some of the young agrarian or nationalist conservatives of late, who talk as if aristocracy and monarchy are simply more natural fits for a healthy, organic society. How romantic! When newly-minted King Charles III makes his next pitch for onerous climate change regulations, anti-capitalist policies, or accepting suitcases of cash from aristocratic Saudis as gifts, maybe the agrarians and natcons can pretend they’re living in the 19th century and can wax just as anti-capitalist as the Tories typically did back then. Who needs modern, change-bringing markets once you learn to love the peasant life, right?

But those not dazed by natcon nonsense might be more inspired by real, unicorn-free, non-jousting-based policy victories such as Chile’s voters this month rejecting the proposed new, more socialist constitution for that country. That welcome move permits the continued market-oriented progress that has for decades made that country the most prosperous in Latin America—without any need to resort to the aforementioned young U.S. right-wingers’ barbaric fantasies about tossing the leftists out of helicopters to their deaths the way Pinochet’s goons used to.

I don’t know how the faction that claims to take the long view—the right purportedly believing in gradually-evolving traditions and deep-rooted national character and all that—can be so short-sighted as to think that if they use barbaric means, their opponents won’t just turn around and use even more barbaric means, to the detriment of all. Has the right not noticed idiots on the left are just as capable of making guillotine jokes as the right is of making helicopter jokes?

Given that some on the left are as prone to gloating about the deaths of their enemies as Prof. Anya, I’m surprised they haven’t started a round of “late capitalist” jokes about the Bed, Bath, and Beyond CFO throwing himself to his death out of a Manhattan building recently, likely a bad financial indicator.

At least in the U.S., when businessmen fall to their deaths, the safe assumption is suicide, whereas when the Lukoil chairman—a critic of the Ukraine war that Russia might sort of be losing now, maybe—fell to his death out of a hospital earlier this month, I suspect even Putin supporters in Russia thought, “You know, that seems to happen to his critics a lot.” (Not that Putin is Russia’s only murderer, as that recent bomb taking out pro-war philosopher Alesksandr Dugin’s daughter reminds us, whether the weird Russian claiming credit for it is actually responsible or some unknown Ukraine-allied faction.)

To people like the helicopter-and-guillotine-cheering barbarians, death is exciting precisely because of the illusion of utter finality it creates. Sweet vindication may be at hand! Victory or defeat! The final argument-stopper! To more sober, often older minds, like the ones we falsely imagined ran the world until the past several years, a death can instead be a quiet opportunity for some reflection and nuance.

For instance, Gorbachev’s passing last month, like Deng Xiaoping’s 25 years earlier, should’ve been an occasion for noticing that the forces of individual liberty and free-market reform can be nudged forward even by someone with dictatorial powers, if he’s wise enough to ease up and get out of the way instead of trying single-handedly to refashion the world. Lately, though, most political debate has reverted to an us-vs.-them mindset that isn’t conducive to assessing better and worse policies, let alone admitting that historical political figures might have both good points and bad points.

We owe Gorby for trying to give up power relatively gracefully, by old Soviet standards, but on Twitter you’ll probably find more people either delightedly calling him a dead commie or denouncing him for abandoning the commie cause. (God forbid someone in the current atmosphere should attempt to unravel the good and bad aspects of, say, Ukraine’s Zelensky addressing a big, friendly defense industry conference, or for that matter both sides over there continuing to fight near a nuclear reactor.)

And who in the U.S. after the past several years would go a step farther and dare to suggest that internal Russian politics, more now than at almost any time in a century, has its good and bad elements? It’s hard to speak about that with nuance when Russia has become so hated over here that anything that threatens our own centralized establishment (public or private) stands a decent chance of being delegitimized by being labeled evidence of Russian subversion. For instance, stories on MSNBC and elsewhere about Russia funding California secession movements, as if such movements don’t have native political pedigrees even older than the current Russian government.

If you really want to recapture lost elements of national greatness, let’s do less of the wishing-of-death and spotting-of-infiltrators and more old-fashioned improvement-suggesting. It’s what your deceased forebears would’ve wanted for you.