Voting in the Moment

"What are you rebelling against?" "What have you got?" 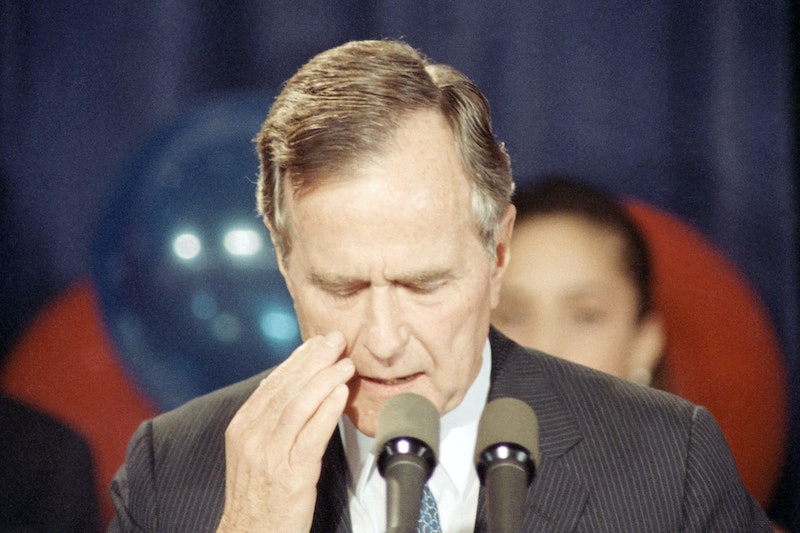 It’s 30 years since I last voted for a Democrat, the only Democrat I’ve ever cast a ballot for, Bill Clinton. It was a protest vote, like my votes for Donald Trump. I was messaging the Republican Party. Why not George H.W. Bush for another term? I was a staunch Reaganite, and supported Reagan’s VP in 1988. Once at the polling place, I just couldn’t do it, crossed party lines and marked my ballot for the Clinton/Gore ticket.

Looking back, it wasn’t because Bush didn’t know the price of bread and milk—a ridiculous litmus test. It wasn’t even his prattle about some “New World Order,” which I suspected would be a shitty deal for America. I defected because Bush wasn’t like Reagan. It was disappointment and nostalgia for the Reagan years that prompted me—like a petulant adolescent—to stray from the GOP.

I’d attended a Clinton rally that summer in Portland’s Pioneer Courthouse Square. It was a mob scene. Clinton said all the right moderate things, nothing to scare me away. After the rally I joined the throng assembled curbside to watch the Clinton motorcade depart. The backseat windows were not heavily tinted, and I’ll never forget, Clinton had a smile as wide as the Arkansas River on his face. I honestly believed that Clinton would govern as a Reagan Democrat. By contemporary standards, God help us, he did, especially after Newt Gingrich engineered the historic GOP takeover in the 1994 midterms.

By 1996, my sense, aided by becoming become a loyal listener to Rush Limbaugh’s radio show, was that the far-left had made alarming inroads into Clinton’s administration. I voted for Sen. Bob Dole for president.

What if Bush had defeated Clinton in ’92 and served a second term? Might we have seen Clinton vs. Dole in 1996, and would Clinton have prevailed? Probably. Next cycle, we might’ve seen incumbent Clinton instead of Al Gore vs. George W. Bush in 2000. If Clinton wins that we’re up to 2004, which may have seen Bush vs. Gore. Worth noting under the latter scenario: Clinton would’ve been president at the time of the 9/11 attacks.

In the 1953 film The Wild One, Marlon Brando’s character Johnny Strabler is asked, “What are you rebelling against?”

“What have you got?” says Strabler.

That’s my mindset for this fall’s midterms and the 2024 presidential contest.