What We Need From White People Now 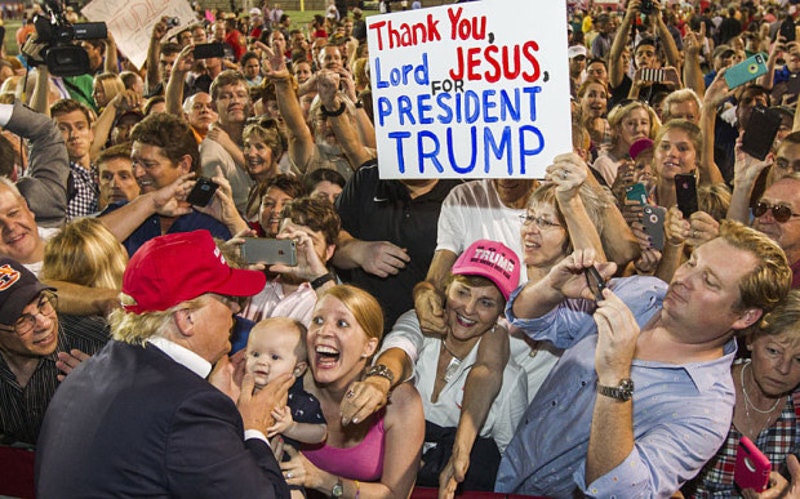 You’d think someone died the way the news of Trump’s election reached me. I stayed up to watch the results for as long as I could, about six a.m. UK time, but things weren’t looking so hot. Pennsylvania was up in the air, as was Wisconsin, and I was so deep in denial I thought if I just went to sleep it would be better. Nope. I got up four hours later, already feeling nauseous. I looked at my phone screen and it was completely inundated with messages from people, mostly European, from nearly every social media corner expressing condolences—Facebook messenger, WhatsApp, text messages, even people from Tinder.

“I am so sorry about the election in the States,” Anthony said.

“FUCK!” someone else screamed.

“I’m so sorry. Are you ok?” a friend from Brazil wrote.

By then I knew: Trump won. Make no mistake: white people did this. A broad range of white people did this—educated and uneducated, men and women (wow), poor and rich. Seventy percent of all voters were white and 58 percent of those white people voted for Trump. And if that’s not enough to make you sick, or if you think I’m just spewing misguided liberal propaganda, try this on for size: David Duke, former Imperial Wizard of the Ku Klux Klan, is celebrating Trump’s win. That’s the kind of president we have now.

When Trump was first bubbling up to the surface during the primaries, with his toxic elixir of spray tan, hate, and xenophobia, media pundits around the block said there were not nearly enough angry white men to push him over the top in a general election. Well, wasn’t that the face crack of the century!

Listen closely. It’s hard to express how numb and disappointed and angry I am. I’m angry that people chose a third party candidate, knowing full well their actions would lead to the apocalypse. It’s your fault. I’m angry that Trump will be the face of America but that really Mike Pence will be running the country, and I’m angry that doesn’t scare people. I’m pissed that Trump-fueled gay bashings are already happening. I’m angry that so many people voted against queer people, people of color, women of color, people of trans experience, immigrants, progress, common sense, and equality for all. I’m angry that despite all the controversies, despite all the things Trump is caught on tape saying, despite the kinds of people he’s said he would put in his cabinet and on the Supreme Court bench, I’m angry that the gulf between him and Hillary Clinton was only 200,000!

The one thing that makes me feel good is the way that people around the country—especially angry white people!—are already taking to the streets with anger and protest in cities like Chicago, Portland, New Orleans, and New York. I hope people protest Trump’s presidency every single day. I hope we come together and make his life a nightmare. Trump got elected because white people got sick of talking about race, tired of protests against police brutality against black bodies, grew ill of Black Lives Matter, sick of hearing us talk about whiteness and racism.

Whiteness is fragile. It’s so fragile that the second you talk about it as a person of color, you’re racist. Talking about white people means you’re against white people. Why is that? If you call white people out on white bullshit then suddenly you’re angry and placing the blame on all white people instead of trying to have a dialogue or ignite some form of change.

But here’s the thing. Minorities have been fighting, screaming, protesting, and writing think pieces and deleting people from Facebook for years. When we do it, we’re shouting into an echo chamber, told we’re spewing liberal propaganda, told we don’t have “all the facts,” told “the world is more than black and white.” You want facts? A gay male was beat at a Trump support rally last night and he isn’t even in office yet.