My Own Country Hates Liberals

And it’s partly our own fault. 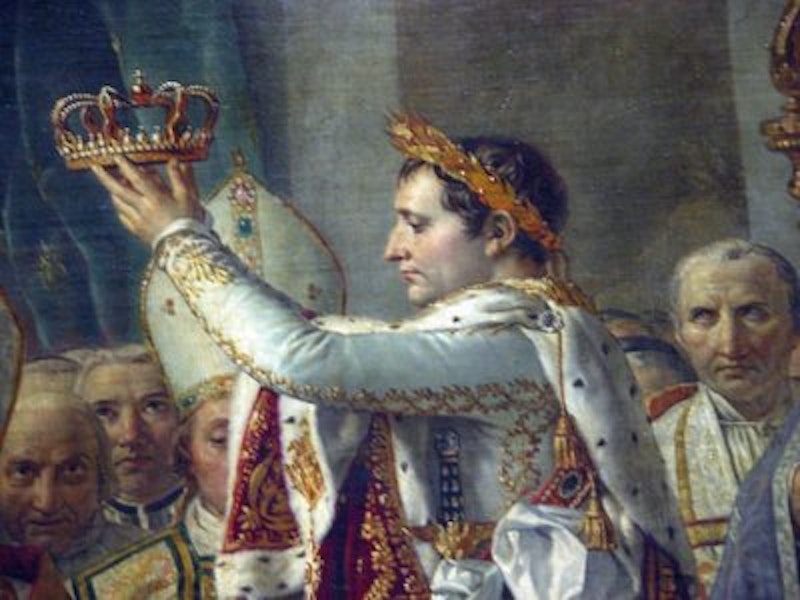 I never thought Donald Trump would win. From the moment he announced his candidacy, I anticipated the bottom dropping out at any moment. During the primaries, I assumed that the Republican winner would be someone sensible, like Ohio Gov. John Kasich. Even after the convention, the gaffes and scandals shadowing Trump would’ve ended any other candidate—because in the past, they always did. But I ultimately never thought Trump would win because I think he’s ridiculous, and largely assumed that his success was more spectacle than substance.

As the campaign wore on, I pictured Trump’s version of himself as something akin to Napoleon crowning himself emperor. I don’t make that comparison for the sake of hyperbole. It comes from Trump’s own life and rhetoric. He’s consistently expressed admiration for the world’s leading tyrants and his profession seemed to consist of building monuments to himself.

As it turns out, Trump’s self-aggrandizement never wore thin with many voters. I’ve never understood his appeal, and I don’t now. Where I see a tyrant-in-waiting, many see a hero. Trump’s win and the broader Republican victory should be, for those of us on the left, a time of reflection. There’s a lot to unpack with this election—racism, sexism, journalism, polling data, the shifting tone of the GOP voice—but I want to focus on the magnitude of the Democrats’ persistent losses.

After January, there will be a Republican in the White House, a Republican majority in both houses of Congress, and at the state level, Republican majorities in most legislatures and governorships. It would be short-sighted to pick apart Hillary Clinton’s campaign and ignore the down ballot numbers. This has been a persistent pattern since 2010. A few consistently blue state governments and Barack Obama’s 2012 reelection are a stark contrast to this pattern. We liberals cannot continue this denial about how much our own country hates us.

Henry Rollins once said that nothing brings people together like mutual hatred. Trump, in hindsight, was very clever about exploiting that hatred. He embraced the Right’s caricature of the Left as sanctimonious snobs. I think it’s worth considering the kernel of truth necessary for caricature; it was easy for someone like myself in Chicago, which the Democrats own outright, to sneer at Trump supporters as a bunch of dumb, backward hicks. What we’ve failed to understand is how deeply angry and disenfranchised so many Americans are, and why.

It’s no secret that liberals dominate journalism and academia, and we need to stop denying that when the data clearly says otherwise. One of the most interesting demographic stories of this election is that one’s level of education is the dividing line between Clinton and Trump supporters. Trump rally attendees became notorious for their vocal contempt of the press. In fact, the one thing that scares me the most about this election is how normalized anti-intellectualism has become. Even the Right’s own leading intellectuals came under fire for their supposed elitism.

Out of that suspicion for intellectualism, Trump made easy scapegoats of immigrants, painting Mexicans as criminal deviants, and Muslims as terrorists waiting to happen. He easily stoked fears and indulged confirmation biases about anyone he found contemptible. It’s said Napoleon claimed he found France’s crown in the gutter and put it on as act of revenge. Bill Maher recently issued a mea culpa on his show, acknowledging that John McCain and Mitt Romney weren’t so bad after all, and perhaps liberals cried wolf too many times at calling these men racist or sexist. The end result is that it made the most brazenly bigoted man to run for office since the Civil Rights era to be unstoppable, and Republican America will tolerate Trump for revenge.

I’m not optimistic about the immediate future. I don’t look forward to Trump’s potential cabinet. I don’t expect the Republicans in Congress to use credible science when legislating women’s health or dealing with environmental distress. I anticipate a Supreme Court so tilted to the right it may collapse the human rights gains of women, people of color, or the LGBTQIA community.

I’m not optimistic about Democrats getting their house in order in time to make winning Congress the priority it needs to be in 2018. I think liberals have become too complacent and too mired in the minutiae of identity politics to make substantial appeals across the aisle.

One of the criticisms from the Right that I’ve always found especially stinging is the charge that liberals hate America. I think liberals are just more open about feeling conflicted about America’s worst impulses. Former Punk Planet editor Daniel Sinker often said that his dissenting voice was an act of patriotism. Much the way loving parents will discipline their children, dissent against our government’s bad ideas is an act of love. By the same turn, I believe it’s an act of love to call out liberals’ pettier impulses and ideological blindness.

To go back to the Napoleon comparison, it’s worth remembering he was eventually exiled. Trump’s craving for attention is like a black hole that can never be filled, and it wears people out. If he’s facing any sort of downfall, that may be at the root, even if it’s just losing the 2020 election. Both parties are in sad shape, and this election exposed a Democratic party that was sicker than I realized. I want the two parties to exist in peaceful, healthy opposition to keep each other’s excesses in check. Seething, blind hatred for each other is no way to run a country.