Excuses are rampant, but the backlash has already begun. 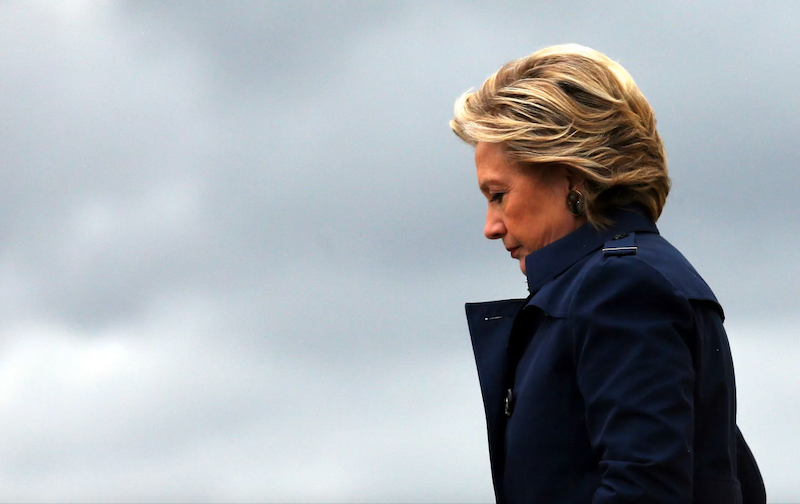 Everyone knew the backlash coming against the Democratic establishment once Donald Trump humiliated Hillary Clinton Tuesday night. Someone was going to get called out in public, and it happened at the first post-election DNC meeting. A staffer identified only as “Zach” reportedly went off on Chairwoman Donna Brazile, asking her, “Why should we trust you as chair to lead us through this? You backed a flawed candidate, and your friend [Debbie Wasserman Schultz] plotted through this to support your own gain and yourself.”

It was another setback for Brazile, recently fired by CNN for passing on debate questions to the Clinton campaign. Zach’s words were on the money, but the perpetrators of the Democratic meltdown aren't quite ready to admit that yet. The truth is too painful to accept, or too damaging, so they're clinging to their excuses now, not yet realizing that there are no acceptable excuses for their abject failure.

Clinton campaign operatives are saying their polls told them to focus on attacking Trump's character in the weeks leading up to the election instead of telling voters Hillary’s vision for the country. Former President Bill Clinton questioned why working class voters were being ignored, only to be ignored himself at meetings as an out-of-touch emeritus who didn't understand the current election map.

External factors must be to blame for the crushing defeat. On election eve, ABC’s Cokie Roberts spoke of “strong sentiment about not having a woman president,” echoing sentiments she's been repeating without any substantiation whatsoever for months now. A Gallup poll in 1999 found that 92 percent of Americans of both major parties would vote for a female president, up from 33 percent in 1937. If “sexism” defeated Hillary Clinton, then all the blue-collar women who spurned her for Trump are sexists.

Then there's the racism excuse for the HRC loss. Somehow Americans elected a black president by comfortable margins in 2008 and 2012, but suddenly they've all turned into bigots in 2016. Samantha Bee, of TBS’s Full Frontal, said, “The Caucasian nation showed up in droves to vote for Trump.” In fact, Trump won white voters by just about the same margin Mitt Romney did four years ago, and more blacks voted for Trump than Romney. Trump also outperformed Romney with Latino and Asian voters.

Bee also said that white people who didn't vote for Trump couldn't escape culpability for the demon’s election. As she explained it, all Muslims have to take responsibility for terrorism, so whites can't wriggle out of this one either. “Being white” isn't an ideology or any sort of belief system, so what are the whites who despise Trump supposed to do to address their responsibility for his election?

Mark Joseph Stern, writing for Slate on November 11, took a novel approach in blaming the Trump win (not explicitly, but the implication was clear) on the election system. While his argument that the original intent behind the establishment of the Electoral College was exclusionary, and done in support of slavery, may well be correct, now that blacks and women have full voting rights the point is moot. Stern wouldn’t have written this article had Hillary won.

You can try to blame this one on racism, sexism, the Electoral College, or the general cluelessness of voters, which is what some Democrats are saying, but the fact is that several million voters who voted for Obama in the previous two elections didn't do the same for Clinton in 2016. Had they voted, nobody would now be talking about “white supremacists.”

You can't blame it on James Comey either. The email issue was always a festering one that could break bad at any moment. It was reckless and irresponsible of the Democratic insider clique to push so hard for a candidate tainted by such a scandal. Top Clinton advisers John Podesta and Jennifer Palmieri are like a failed football coach now. They offered no apologies when asked about their monumental failure. Instead they offered various lame excuses. “Make a virtue of her longevity,” Palmieri emailed Podesta during an election that was about change, not length of service. Not in tune with the times, they installed a technocrat to fine-tune the status quo when the voters wanted a whole new plan.

Hillary Clinton couldn't even beat a guy caught on tape just before the election describing his sexual assault technique. Relying on “demographics” to win a national election, as the Democrats just did, is arrogant and lazy. This election was about rejecting the people who engineered Clinton's loss as much as it was about rejecting her.