What Took Chris Hughes So Long to Gut The New Republic?

The dilettante owner has a mess on his hands. 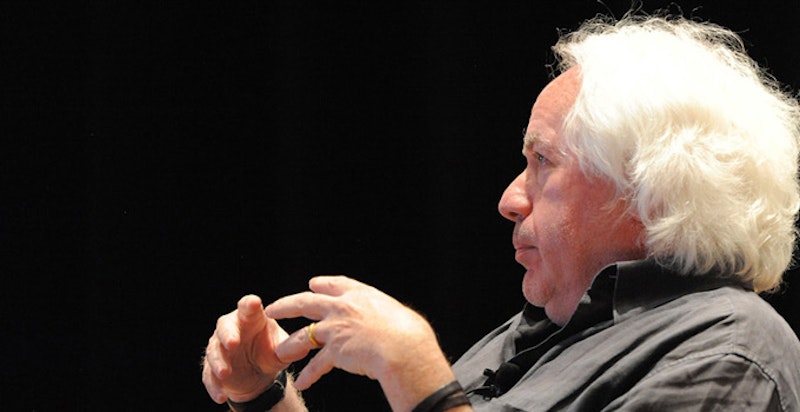 Let’s be clear about the crude disembowelment of The New Republic over the past 24 hours: it’s not cataclysmic news, even in the ever-incestuous media industry. Easy for me to say, I realize—the firings of Franklin Foer and Leon Wieseltier, which precipitated a mass resignation of staff writers, leaves more journalists out of work in a very unforgiving environment—but The New Republic, under the ownership of the young and very wealthy Chris Hughes, hasn’t been a particularly vital magazine. It’s not as if Rolling Stone folded in 1972; Spy in 1987, The Weekly Standard in 1997; Esquire in 1965; or The New Yorker in 1946, all of which would’ve left gaping holes in the country’s roster of periodicals.

That said, I’m a TNR subscriber, and am pissed off that the print schedule has been reduced to 10 times a year, although what content I’ll be getting in the mail under new editor Gabriel Snyder is, to be charitable, murky at this time. I didn’t care for Foer’s editorship: his imprint was light; thin gruel compared to predecessors like the late Michael Kelly, Andrew Sullivan (he was constantly under fire, but at the least provided the unexpected), or St. Michael Kinsley. Foer’s awful cover story in October calling for the break-up of the “monopoly” Amazon was histrionic, and, thinking about it, maybe a purposeful last stand at TNR, knowing his time was growing short. (Just a thought: I wonder if Hughes, a tech evangelist at heart, took umbrage at the supposed villainy of Amazon’s Jeff Bezos.) I did like reading Alec MacGillis, Jonathan Cohn, Jason Zengerle and John Judis, though I rarely agreed with them, and hope they soon find work elsewhere.

The key loss, at least to me, is Wieseltier’s “Washington Diarist” column, a dense 1,200 words or so that was usually in stark contrast with Hughes’ pro-Obama cheerleading. The magazine’s Literary Editor for three decades, Wieseltier was either hated or loved by readers, which is obviously a characteristic any smart publication craves in a writer. The arts reviews he commissioned mostly left me cold, but then I’m not drawn to dance or poetry, and certainly wouldn’t entertain reading a book review by the insufferable 90s Bill Clinton apologist Sean Wilentz (also the author of the worst book about Bob Dylan in the past 10 years). And yes, Wieseltier rode atop a very high horse, but that drew me in further—I’ve never met the sexagenarian—and I looked forward to his foreign policy columns, which in the past several years have centered on Obama’s feckless leadership.

In February of 2013, I wrote an article wondering whether Wieseltier would survive even six months under the new Hughes regime. At the time of Hughes’ white-knight entrance, and miserable re-design of TNR, Wieseltier told New York magazine reporter Carl Swanson that he was “giddy” about the new ownership, and—really laying it on thick—said his new boss had been “on one of the most amazing rides that any young person in the history of the world has ever seen.” Jesus, that’s over-the-top schmooze!

As it turns out, I was off by about 15 months, but predicting media shake-ups, even today, when it happens so frequently, is a gut feeling, not an exact science.

Chris Hughes is probably not the wisest magazine owner. Even in The New York Times story about the firings his contradictions were hilarious. On the one hand, he said, “[O]ur influence has never been greater,” but also that TNR had to “embrace the future or slide towards irrelevance.” Got that? Not me.