A World Spinning Into Intolerance

You can get fired, or killed, for being funny. 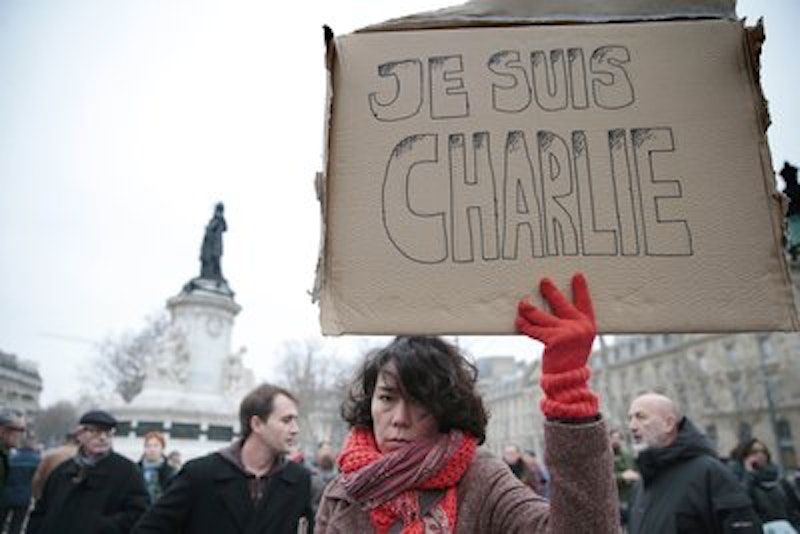 Three terrorist gunmen used their weapons to teach the liberated world a tragic lesson on the absolute value of freedom of the press. They killed 12 people in the name of God without realizing the irony of what they did. They also killed humor.

In this country, as in France, where the murders occurred at the satirical weekly Charlie Hebdo, freedom of the press is shorthand for freedom of expression of almost any kind, no matter how repugnant—satire, humor, caricature or, heaven forbid, even the truth. It’s possible to kill a magazine; it’s not possible to kill an idea.

Men and women have suffered and died to protect the freedom of the pen. Most recently, the 12 editorialists and cartoonists at Charlie Hebdo committed the unpardonable political sin of spoofing the prophet Muhammad as guest editor. Voltaire, the wittiest writer of his era in France, was banished from Paris for his attacks on the Roman Catholic Church and other conventions. And the writings of Anatole France, a Nobel Prize winner, were placed on the Catholic Church’s list of banned books for their mocking attacks on religious and political fanaticism and ideology.

The world is spinning hopelessly into intolerance. For the third time in recent weeks, humor, or satire, has come under attack. A few weeks back, the Chinese banned puns in newspaper headlines. Their secondary and tertiary meanings, it was declared by Chinese literalists, can often be misleading, no matter how humorous. The Interview caused a cosmic ruckus right up to the White House over its irreverent depiction of the terminally pre-pubescent North Korean leader, Kim Jong-Un, and President Obama’s mild chastising of Sony Pictures for caving to foreign censorship.

And now, the latest, the attack by the Kouachi brothers and a third accomplice on the offices of Charlie Hebdo, which holds a mocking mirror up to religions of every stripe—Catholicism, Judaism, Islamism—which published a cartoon of Muhammad as guest editor over the caption, “100 lashes if you don’t die of laughter.” That fanatical attack would be tantamount in this country to an invasion by an NRA cell of the offices of The Onion.

Chronicling events has becoming a lethal occupation. According to the Committee to Protect Journalists, 1109 journalists have been killed since 1992. Already eight have died this new year—not counting those at Charlie Hebdo. In 2014, at least 60 journalists and 11 media workers were killed and 220 were imprisoned, including a Washington Post correspondent. The world witnessed the beheading of James Foley. Since 2008, 456 journalists have been exiled.

Sitting in their ink-stained bunker in Paris, those at Charlie Hebdo did little but to caricature the comic opera of life in the same outrageous French tradition that Balzac and Daumier had done more than a century earlier. And in America, the tradition dates back to the investigative cartooning of Thomas Nast.

Concern about freedom of thought, expression and press has gripped a somber France as it often does America (flag burning, neo-Nazi free speech). And a wave of nationalism and xenophobia has overtaken the European continent as resentment against the arriving waves of immigrant Muslims. There are an estimated six million Muslims in France. Charlie Hebdo has become everyman—"Je suis Charlie" placards were everywhere.

Editorial cartooning in America has become a dying (or firing) art. Cartoonists, like many other expendable talents, have become matters of economy subject to newspapers’ bottom lines. The New York Times and The Wall Street Journal do not run cartoons. The Washington Post does. The Baltimore Sun, subsumed and repackaged by The Tribune Co., dispatched its daily cartoonist, KAL, only to resuscitate him later on weekends.

The very best cartoonists skewer with a single stroke (Herblock) and do not require multiple panels to make a point. Many commentators with drawing skills have fled to the comics pages where a half dozen will fill readers in on the events of the day with an acid dose of commentary. “I prefer to die standing up than live on my knees.” Thus spoke Stephane Charbonnier, editor of Charlie Hebdo, who fulfilled his words as one of the 12 who was gunned down. Those prophetic words may represent the sensibilities of many American journalists and cartoonists who’ve never faced a gun barrel but nonetheless cling to the First Amendment’s protective shield.

The editors and cartoonists of Charlie Hebdo may be dead; the magazine lives on. A press run of one million copies had been ordered, far beyond its normal printing of 60,000 copies. The French government kicked in more than $1 million and another $300,000 had been raised to keep the magazine alive.

In the grieving aftermath of the carnage, many publications chose not to run the controversial cartoon. Others decided to publish it. Nonetheless, in another ironic twist, the bloodshed that was supposed to silence the publication and blot out the cartoon has had the reverse effect of focusing worldwide attention on them in a way that normal publication never could have.

Anthony Lewis, in his book, Freedom for the Thought That We Hate: A Biography of the First Amendment, sums up the sentiment: “Our is the most outspoken society on earth. Americans are freer to think what we will and say what we think than any other people, and freer today than in the past. We can bare the secrets of government and the secrets of the bedroom. We can denounce our rulers, and each other, with little fear of the consequences. There is almost no chance that a court will stop us from publishing what we wish: in print, on the air, or on the Web. Hateful and shocking expression, political or artistic, is almost all free to enter the marketplace of ideas.” That celebrated sentiment will suffer a major blow if we bow to terrorism and stop poking fun at the pompous, the pretentious, the ridiculous and, most of all, the fanatics.