What Kind of Dictatorship Is Russia, Anyway? 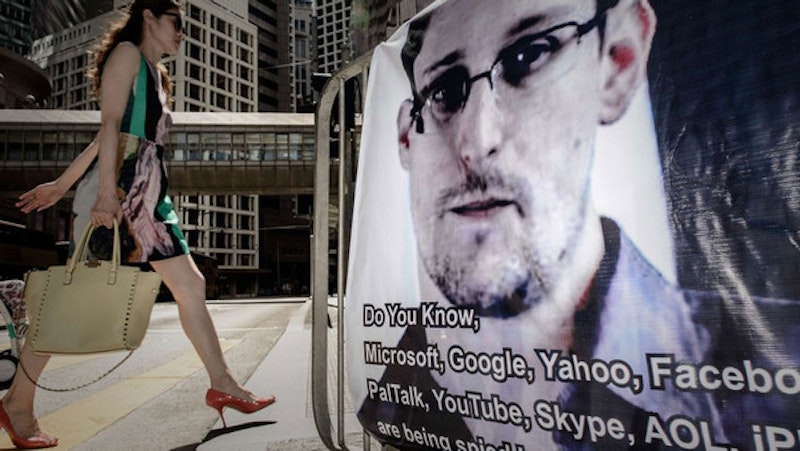 I've tried to ignore the Edward Snowden case as much as possible, because I find it incredibly depressing to watch the United States harass political dissidents and journalists as if its some sort of crackpot authoritarian regime that spies on its own citizens and uses torture and detains people indefinitely without trial. Thank goodness we don't do any of that.

But the media roar is loud, and despite my best efforts I found myself reading Mark Adomanis at Forbes chastising Russia for not just knuckling under to the US and handing Snowden over already.

The Russians usually do a reasonable enough job of picking their battles, but they’ve suddenly decided to go 100% troll for no obvious reason. As should be clear, Russia doesn’t actually gain anything from helping Snowden, all it does is expose itself to the full wrath and fury of every part of Washington officialdom. Unless you’re defending a national interest of the first order, exposing yourself to the full wrath and fury of Washington officialdom is a really stupid thing to do.

The naked self-vaunting nationalist concern trolling here is admirably blatant. The US is the biggest bully in the playground; therefore, folks should do what we want if they know what's good for them. Right and wrong don't enter into it—indeed, Adomanis doesn't even bother to offer an opinion on whether Snowden should face extradition or prosecution on the merits." When it comes to Snowden, the US government could not care less about the niceties of extradition and will (understandably) find Russia’s sudden fealty to the rule of law to be disingenuous in the extreme," he opines. Law? Who needs the law? We've got guns.

Adomanis says that Russia has no interest in Snowden, so why not just hand him over? He fails to consider a fairly obvious motive. Encouraging bullies is a bad idea. Encouraging poor international behavior and encouraging authoritarianism are both bad ideas. Regimes that don't operate under the rule of law are dangerous. Regimes that spy and torture and throw people in prison without trial are unpredictable. You want to encourage your neighbors to behave like neighbors, not like deranged thuggish extortionists.

The irony, of course, is that Putin's Russia treats people like crap. They're not really in a position to teach us how to behave like good neighbors. And the sad double irony is that we spy on our own citizens and torture and now harass journalists across the globe, so we're not exactly in a position to teach Russia about being a good neighbor either.

But even if all the neighbors are hypocrites, that doesn't mean that decency is a mirage. Adomanis seems personally offended that the Russians refuse, in this instance, to behave like craven curs. Don't they understand that might is right? Don't they know that what you do with the little guy is that you crush him? What sort of authoritarian state is Russia, anyway?

It is, as we all know, a vile authoritarian state. And yet, not quite vile enough for Adomanis, or for our government. The problem with Russia, it turns out, is not that it disregards human rights but that it occasionally, inconveniently fails to lower the boot at the command of its irate hegemon.