Who is Watching the Watchers? 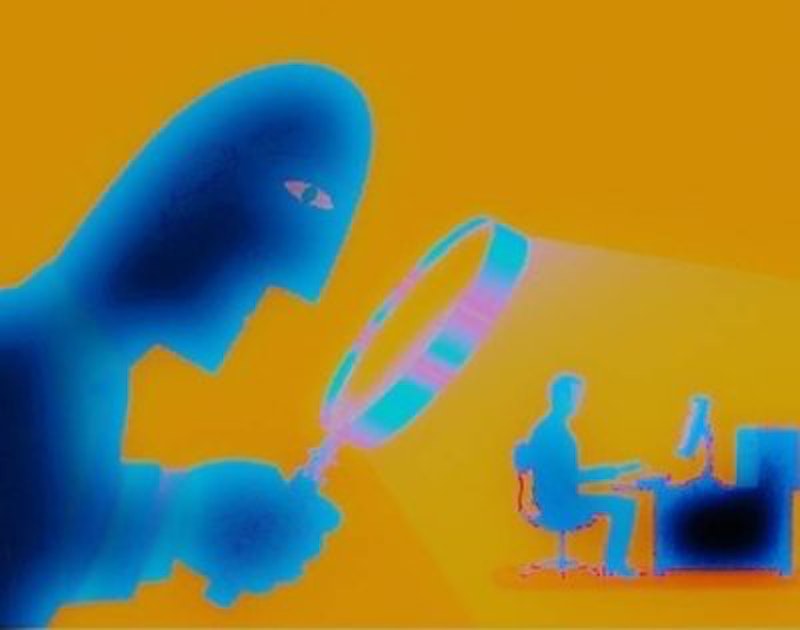 The terrifying reality we face is that the U.S. government has the capabilities to make Orwell's telescreens in 1984 look like child's play. Edward Snowden has said we are on the brink of "turnkey tyranny." He told The Guardian that while working for Booz Allen Hamilton, he "had the authorities to wiretap anyone, from you or your accountant to a federal judge, to even the president, if I had a personal email." More broadly, he asserted, "the NSA specifically targets the communications of everyone. It ingests them by default. It collects them in its system, and it filters them, and it analyzes them, and it measures them, and it stores them for periods of time, simply because that’s the easiest, most efficient and most valuable way to achieve these ends."​

As much as I fear another 9/11-like terrorist attack, which is inevitable according to nearly every authority I've consulted, from former terrorism czar Richard Clarke to former head of the CIA's Bin Laden Unit Michael Scheuer, I’m even more afraid of the government's response. With modern technology, governments have the capacity to monitor everything that everyone does. We could conceivably face a future in which the government flips the switch on the surveillance apparatus it has created, and there will be no possibility to escape or form a coherent rebellion. It will be a form of totalitarianism unrivaled in human history.

That is why Snowden's actions are heroic. He’s warning us about what may very well be our fate. Daniel Ellsberg has declared that, "There has not been in American history a more important leak than Edward Snowden's release of NSA material, and that definitely includes the Pentagon Papers 40 years ago…  Snowden's whistleblowing gives us the possibility to roll back a key part of what has amounted to an 'executive coup' against the U.S. constitution."

And yet Snowden has been attacked repeatedly in the mass media. Worse, and far more important, the nature of the attacks obfuscates Snowden's revelations. To review, plain and simple, he's saying the government can and does spy on millions of Americans without due process or any serious oversight. And it will likely get much worse.

But the attacks against Snowden and his leaks are extremely misleading.  Take The New York Times, which I read every day. Thomas Friedman, who doesn't "believe that Edward Snowden is some heroic whistleblower" but rather "someone who needed a whistleblower," writes that he will "reluctantly trade off the government using data mining to look for suspicious patterns in phone numbers called and emails addressed—and then have to go to a judge to get a warrant to actually look at the content under guidelines set by Congress." This echoes President Obama's defense of the program. Interestingly, Friedman supports this because it will "prevent a day where, [because of another catastrophic, 9/11-like terrorist attack] out of fear, we give government a license to look at anyone, any e-mail, any phone call, anywhere, anytime."

He then goes on to quote extensively from David Simon, creator of HBO's The Wire, who argues that the fundamental question "is government accessing the data for the legitimate public safety needs of the society, or are they accessing it in ways that abuse individual liberties and violate personal privacy—and in a manner that is unsupervised. And to that, The Guardian and those who are wailing jeremiads about this pretend-discovery of U.S. big data collection are noticeably silent.  We don't know of any actual abuse."

Many pundits in the media insist on focusing on the court-approved data mining aspect of Snowden's revelations and seize upon that as evidence that he hasn't really uncovered anything significant. The government is not even reading our emails or listening to our phone conversations, we are being told. It perhaps is merely monitoring whom we speak to, when and for how long, which isn't even illegal, according to legal scholar Geoffrey Stone.

Well, thank heavens for small favors. First, even if we accept this notion, cyber security expert Susan Landau claims that data mining can be even more intrusive and revelatory than actually listening in because "the metadata of a phone call tells what you do as opposed to what you say." For example, she says, "if you call from the hospital when you’re getting a mammogram, and then later in the day your doctor calls you, and then you call the surgeon, and then when you’re at the surgeon’s office you call your family, it’s pretty clear, just looking at that pattern of calls, that there’s been some bad news. If there’s a tight vote in Congress, and somebody who’s wavering on the edge, you discover that they’re talking to the opposition, you know which way they’re vote is going."

Furthermore, according to investigative reporter James Bamford, who has covered the NSA for decades and exposed its very existence in the 1980s, the FISA court supposedly slated to oversee the program "is a top-secret court that nobody is even allowed to know where it exists, where its address is, let alone getting any information from it. And… the last time [the government] overhauled the legislation, they weakened the court a great deal." And as William Binney, former chief of research for the National Security Agency's signals intelligence division, points out, "the only head of a communications company to demand a court order or approval under FISA" was targeted by the government and is in prison. Binney, a whistleblower himself, has been held at gunpoint in his own home by a dozen FBI agents and falsely prosecuted by the government. He says that in the case of the surveillance program called Stellar Wind, the government "bypassed the courts. They didn’t tell the courts about this program, and they didn’t solicit any approval from the courts. And they also only told four people initially in Congress."

But this exclusive focus on data mining is smoke and mirrors. It diverts attention from the guts of the matter, which is that Snowden has exposed the way in which the NSA and private contractors like Booz Allen Hamilton have created an infrastructure for all-out, classical totalitarianism. And he's essentially given up his freedom and well-paying job to inform the public about this and spark a debate. His point is that because of propagandists like Friedman (whom I suspect is an unwitting propagandist), the American people do not realize that we're already at a point where the government has carved out for itself "a license to look at anyone, any e-mail, any phone call, anywhere, anytime." As investigative journalist and author of Spies for Hire: The Secret World of Outsourced Intelligence Tim Shorrock has documented, "we have hundreds of thousands of contractors with security clearances. We have hundreds of thousands of federal workers in… Homeland Security and intelligence… monitoring other Americans." He says "it’s not even a revolving door; it’s just a spending door… what we have is an intelligence ruling class, public and private, that hold the secrets."

And we must ask ourselves if the massive, dragnet surveillance program that sucks up millions of Americans' communications actually prevents terrorist attacks. Built into this whole debate is the assumption that it does. But according to investigative journalist Shane Harris, author of The Watchers, the Rise of America's Surveillance State, the surveillance program is so massive that analysts are overwhelmed by excessive data and false leads and therefore have trouble connecting dots. As Harris explained on CSPAN when promoting his book, this phenomenon was on display during the failed Christmas Day attack, when the bomber was able to board a U.S.-bound aircraft even though his father had contacted the CIA to warn them about his son's radicalism. Since intelligence agencies receive a barrage of such reports every day, it's more difficult for experts to decipher which admonitions are worth heeding.

As for David Simon's contention that "we don't know of any actual abuse," Harris writes that the only assurance we have that "information wouldn't be misused now came from the government agents conducting the surveillance." But "they were the watchers. Who was watching them?" Biannual reviews of surveillance activity during Obama's presidency have repeatedly shown that the watchers regularly spy on Americans who have no connection to terrorism, collecting phone calls and emails of innocent people. Unfortunately, the reviews have been conducted after the fact and have imposed no regulations to curb the systemic law-breaking.

Harris warns that we must have a serious national conversation now about how we should monitor the watchers and protect our privacy. Because when the next attack occurs this discussion will be merely "academic." The government will crack down even harder and still further revoke basic rights in the name of national security. I hope Snowden's courageous leaks will bring forth this much-needed debate in its proper context.