We, the People, Are Being Bamboozled

Populism is no longer an antidote to the establishment. 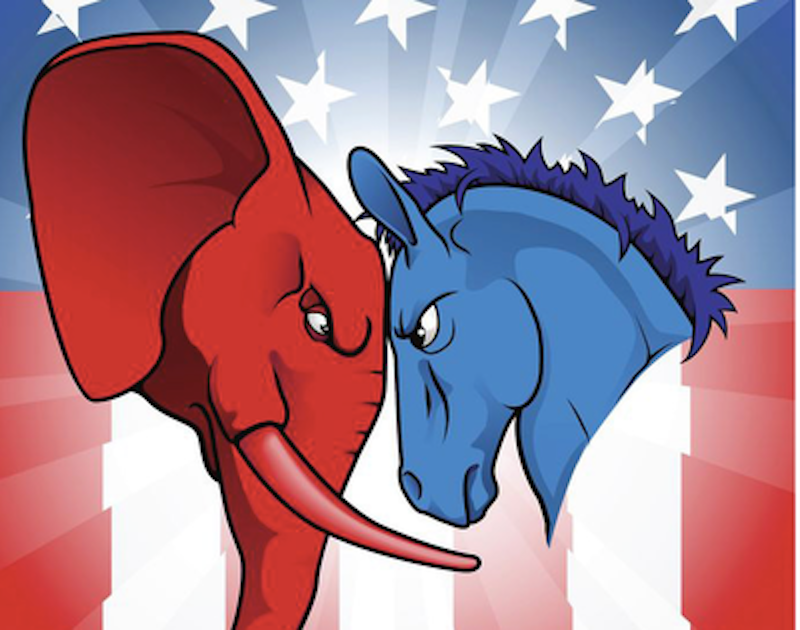 With President Barack Obama calling for national reconciliation and scolding those who fear the future, it’s fair for people of a certain age to ask the question: Were we better off when bosses ran politics and political machines were the establishment? The answer is yes, but no. In the grammar of politics, Democrats comprised the “organization” and Republicans were the “establishment.” Both are deader than Pterodactyls.

Begin with a couple of certainties. In the hey-days of Richard Daley, mayor of Chicago, David Lawrence, mayor of Pittsburgh and later governor of Pennsylvania, and William Green, mayor of Philadelphia—three of premier Democratic political bosses of the 1950s-60s—we’d have none of the nonsense that’s going on now in Washington and in the states. And on the Republican side, the party’s major domo, Leonard Hall, and his hearty band of Rockefeller Republicans could settle any intra-party dispute with a phone call or a quiet lunch at New York’s 21 Club.

And in Baltimore, in the 1950s, 60s and 70s, those political bosses, James H. Jack Pollack and, later, Irv Kovens, kept the lid on disputes and insurrections with patronage and walk-around money, while on the Republican side William “Sweetie” Adelson acted as broker and peacekeeper during the years that Theodore R. McKeldin governed in Baltimore and Annapolis. When the bosses died, they left an estate of functions that no one has been able to fulfill—for a number of reasons.

And therein lays the problem. The word “establishment” is tossed around loosely these days as if it were some anthropomorphic but elusive entity and supreme problem-solver of fenced-off oligarchs. For the truth is, such a thing as the establishment no longer exists in the flesh except as a convenient figure of speech where none else will fill the void. The word establishment, literally an established order of society, used to have a specific and often uncharitable connotation—WASP-y, bankerly, the right school ties and, perhaps, those who may have crewed at the “Head of the Charles” regatta in Boston. It meant, in short, a group of the endowed and like-minded who were quietly in charge. By its very implications the word suggested Republican, decidedly Protestant, probably Episcopalian. By contrast, the word organization called up images of ethnic-immigrant working-class Democrats, decidedly Catholic, and crowded big-city neighborhoods, lyrical with the tonal inflections of Western and Eastern Europe.

The establishment vanished long ago along with those political bosses and the party discipline they enforced. The establishment, such as it exists today, has come to mean acceptably reasonable candidates who reflect, as broadly as possible, the status quo. The establishment is an artifact. The political parties themselves are pretty much finished, too, as far as leadership depends. They’re the victims of the Supreme Court’s Citizens United ruling wherein the functions of the political parties—the raising and dispensing of money and the enforcing of uniform goals and discipline—have been subsumed by a handful of big donors who command ideological loyalty in exchange for campaign funds and the super-PACs they underwrite.

The two major political party entities—the Democratic National Committee and the Republican National Committee, which are supposed to represent their political establishments—are as weak now as they’ve ever been. Their leaders, DNC Chair Rep. Debbie Wasserman Schulz, of Florida, and RNC Chairman Reince Priebus, are feckless and powerless and command no personal or party loyalty or discipline. The president of the party that occupies the White House usually eclipses and therefore weakens the national committee he represents. Nonetheless, both parties for years have lacked national leaders and enforcers such as John Bailey, DNC chairman under President John F. Kennedy, or Ray Bliss, who rebuilt the Republican Party after the smashing defeat of Barry Goldwater in 1964.

But in this season even the big donors are adrift. The billionaire Koch brothers, Charles and David, have pledged $900 million during this campaign cycle but can’t settle on a GOP candidate worthy of their largesse. Sheldon Adelson, the casino mogul who squandered $1 billion on Newt Gingrich’s quixotic candidacy in 2012, is still searching for a Republican knight-errant who will carry out his wishes on policies toward Israel. And Karl Rove’s super-PAC, American’s for Prosperity, has yet to place a multi-million dollar bet on a Republican candidate because the field is so broad and fractured until the cut is made, presumably after Iowa and New Hampshire.

This is not an exercise in political taxidermy. Nor is it a lament for the good old days. But in the glory days of organization politics, the big-city political machines were, in fact, the local governments and the welfare organizations of their era. Many attribute their decline to the rise of television in the 50s and 60s. But their slow but steady disappearance began long before that when Franklin Delano Roosevelt’s New Deal began to usurp the welfare and employment functions of the political machines. And it continued into the 60s when the federal government began funding community organizations that eventually took on and defeated the organizations and their candidates.

The civil rights movement and the Vietnam War also played major roles in upending the established political order by introducing new social issues into the political discourse. In Maryland, for example, from its very beginnings in the late 1800s, the political organization was dominated by the Irish. (Frank Kelly dominated Baltimore politic into the 1920s. He was supposed to be illiterate, but when he died ledgers were found in his West Fayette St. row house containing handwritten listings of every favor he ever did.)

But when the reigning political leader, William “Papa” Curran was toppled by Jack Pollack in the late 1940s, the new Jewish political leaders found that the best way to expand their power and influence was to form alliances with political leaders in the expanding black community. And blacks began to collect their share of the bounty that bosses dispensed. Thus, the power of the political machine extended into every district in the city through satellite organizations and reached the peak of its power as a statewide force in the 1960s-70s.

The difference between then and now is that the political machine, or organization, got things done. And while the bosses may have accumulated power (and wealth) out of self-interest, on matters of civic advancement they acted in behalf of the people at-large. That is how they preserved loyalty and order from the precincts up. In presidential politics, they wanted winners and they selected candidates who reflected that choice.

Today’s political parties are more about name identification than purpose. And that is partly why independents are the fastest growing sector of the political spectrum. Thus we have the formulation of the latest cliché in political analysis—the word “lane.” Republican candidates this season are identified as being in one of three lanes—the establishment lane, the tea party lane or the Christian-evangelical lane. The other reason, though obvious, is the breakdown of government and political institutions that are supposed to hold us together as a society. And Obama was right in his state of the union address that fear and uncertainty are the enemies of anticipated progress.

The establishment, the word and the concept, is more identified with Republicans than Democrats. Yet it’s the very candidates who’re peddling fear as policy that are ahead on the Republican side of the polls. And to underline the point that the establishment has all but vanished, those very same candidates, the fearmongers of Obama’s reprimand, are outliers who’re running beyond the reach of what should be the establishment.

Populism is supposed to be the antidote to the establishment, preferably but metaphorically wielding pitchforks. True populism is what we witnessed a few years back with the “occupy” movement cluttering public spaces to make their well-aimed point. What we are seeing today cannot be populism when the tide is being led by a billionaire leading a collection of millionaires who are preaching the opposite of what the bosses would have allowed and the establishment would have wanted. We, the people, are being bamboozled.