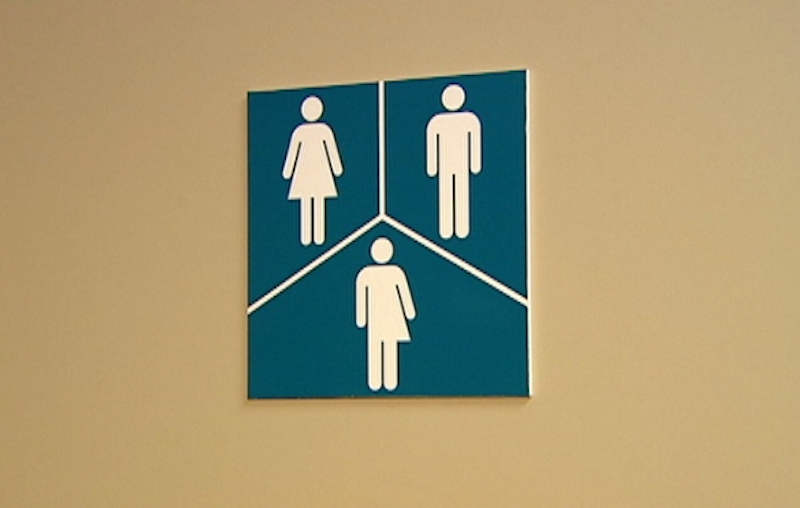 Even as New York City introduces big fines against businesses that fail to call transgender people by their preferred pronouns, more people are catching on to the fact that the identity-politics left has no goals that will ever leave it satisfied even if fully achieved. Cave to one of its irrational demands, and it will just dream up something new and pretend that, too, was always a burning issue.

The UK’s Independent (notes Katherine Timpf) ran a column arguing, for instance, that even completely androgynous clothing is gender-oppressive because it’s “transphobic” to deny people the ability to mix and match elements from two genders by reducing us all to just one.

And don’t waste time thinking, “Hang on—doesn’t that mean there’s some room for common ground between the trans movement and traditionalist, anti-feminist conservatives, who also want to preserve two genders?” There’s no winning move in any of this, and the moment you reach out a hand to offer friendship, you know it’ll be batted away and declared triggering.

What would super-intelligent space aliens think of our species pretending it is not divided into two sexes, though? Do we really think they’d say, “Sexes? What? We are so rational that we do not perceive this distinction to which you refer!” I suspect they’d think we’d gone bonkers, like adult Maine lobsters claiming not to have claws.

Speaking of aliens, you might have thought, for several hours after his death at least, that David Bowie was a gender-transgressing pioneer we could all admire, but no. Within a day, he was being condemned by feminists for having had sex with a teenager back when he was himself a drug-addled twentysomething rock star in the 1970s—which is pretty much the definition of who’s supposed to be having sex with admiring teenage girls.

Salon, which I have routinely badmouthed, at least went to the trouble of interviewing one of the ex-groupies, who said that the girls were adventurers having the time of their lives, not victims, and that the 21st century is much more uptight, for good or ill. (Canada had an age of consent of 14 as recently as 2008, so maybe we shouldn’t look too critically into that murky area as we gaze into the past.)

Gender politics is such a minefield that one almost starts to root for things that upset the left to happen even if those things are bad (which is how people end up becoming Trump supporters). I admit to being amused, for instance, by the hippie New Age neo-pagan yoga festival called EvolveFest announcing that it is now officially anti-gay. I do not share their view that “sodomite logic” is “anti-life,” as they put it in terms more Nietzschean than authentically Dionysian, but I have to take some pleasure in watching the hippies flip out in response.

Then there is all the blander, more joyless hypocrisy that more mainstream, establishment gender politics produces, such as Lena Dunham, who seems to have been forgiven for framing an innocent conservative man for rape, fawning over Hillary Clinton, wife of a serial sexual harasser (we’re supposed to love Bill Clinton and hate Bill Cosby, as many have observed).

After years of female-themed political bloggers getting ever more rage-prone and vicious, I suspect the only reason they aren’t all tearing apart Hillary’s critics right now is that the she-bloggers are so prone to be socialists they’re all hoping Bernie Sanders beats Hillary in the primary anyway. And you know, socialism might be a small price to pay if it causes Hillary’s natural defenders to silence their blogs for the next few months.

None of this is to excuse nonsense on the right, of course, such as ostensibly-normal Marco Rubio being pals with a theologian who stresses that women should live in happy submission to their husbands, an idea that in some Christian subcultures has apparently quietly mutated in recent years into outright s&m kink, complete with Christian guides to how to give fun sex commands to your wife, a hilarious reminder people are pretty much gonna do what they’re gonna do, no matter what they say.

And maybe it’d be best if they did, and then just shut up about it all so the rest of us don’t have to hear about it. That’s all most people really desire.