We Are What We Hate 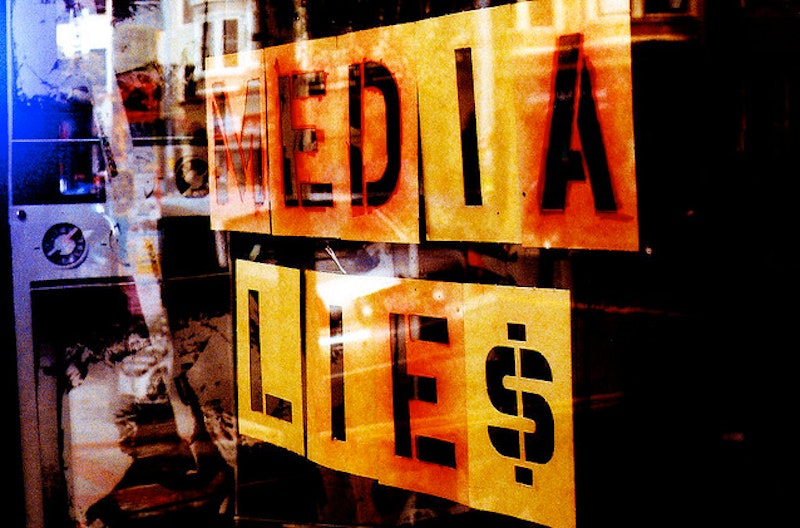 Perhaps it’s masochism, but I’ve started habitually turning on cable news again. Usually, I’ve watched maybe an hour a day, but lately MSNBC, Fox News, and CNN are in consistent rotation at my house. Taking a charitable view, maybe an unconscious sociological itch could be the answer because there isn’t a moment that goes by when I don’t feel a deep, bitter contempt for the media and how it’s desecrated our national discourse. Whatever my own peculiarities, watching cable news is a truly absurd experience for anyone but the most dim-witted.

The pettiness of these people astounds me. Contrary to what MSNBC or Fox would like you to believe, I never feel like they’re speaking for me or for what I feel is right. Instead, the liberal and conservative media engage in a perpetual slap-fight that would make any eighth grader weary. Both try to defend and propagate their own modified version of reality, alternately using caustic, confrontational rhetoric (Fox), and passive-aggressive, snide condescension (everyone else). It just feels like adult recess to me. Our country is broke and all Willie Geist wants to talk about is his new tie.

The most frustrating thing is that the media feeds the very problems within our political system that they rant about. The inanity is continually reinforced in unintentionally hilarious ways—through revealing mistakes like this, repellant bitch-fits, and bizarre moments of television ephemera like this one. It’s hard to take any of these people seriously when they consistently prove to be walking parodies of themselves.

And if the MSNBC brass thinks they’re doing the station any favors with its latest round of “LEAN FORWARD” bumpers, the only thing they’re accomplishing is playing into the other side’s (not entirely inaccurate) image of the left as aloof, snotty, patronizing, and self-righteous. Look for the one with Rachel Maddow explaining the Middle East situation to us via salt shakers, or this one, with Lawrence O’Donnell posing as a heroic, virile Man of Integrity, against jarring and frightening clips from Fox, where “heroes are villainized, villains are lionized, stories are spun, and everyone has their own version of the truth.” Sure, it’s wet dream material for MoveOn.org, but for any normal person with no interest in who won the argument this week, it’s no less pathetic than the trash Glenn Beck, Bill O’Reilly, or Sean Hannity have spewed. The sheer vanity of these people really can’t be overestimated, and though some may enjoy vicariously experiencing Chris Matthews’ or O’Reilly’s formulaic righteous indignation, it just makes me sick.

Then again, maybe I’m the sick one for even turning on the television.