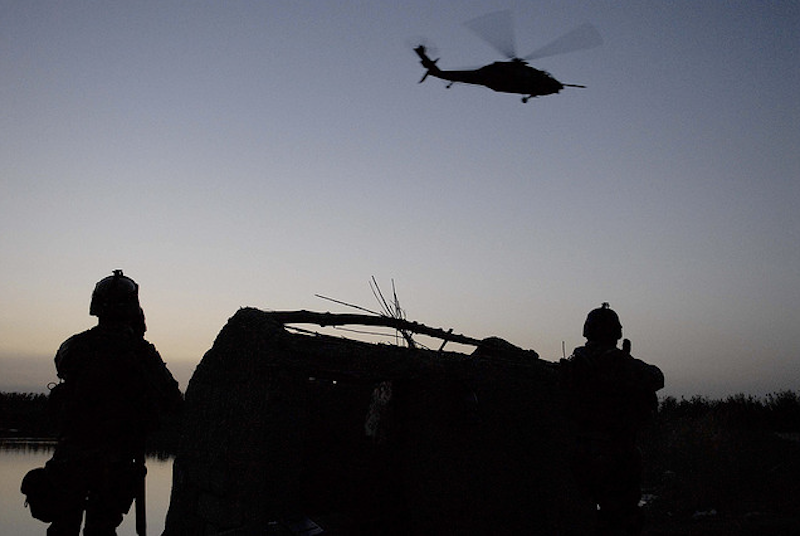 The difference between HBO’s film about post traumatic stress disorder, Wartorn 1861-2010, and mainstream coverage of the issue is striking. I watched the movie a few days ago and then read an article in The New York Times called “After Combat, the Unexpected Perils of Coming Home.” The HBO documentary offers a brutal depiction of what war does to soldiers, while the Times story presents a shamefully sanitized account.  The former made me feel the evils of combat, while the latter induced at best a tepid sense of sympathy.

Wartorn features a collection of interviews with soldiers, veterans and their family members. The message is inescapable—war destroys those who participate in it. It is not normal to live in conditions of war, and all who do so are ineluctably maimed, if not physically than at least psychologically. Those who return from combat struggle to function in civilized society; many cannot make the transition. Adding to the burden, their friends and family cannot understand what they are going through. It’s impossible to comprehend what it is like to be trained by the U.S. military to become a killing machine, spend months in Iraq or Afghanistan on constant alert for IED’s and pumping bullets into people, and then come home and have to shut off the instinct to be on guard and the impulse to shoot people with impunity.

Some of the scenes are shocking, unforgettable. In one instance Cheryl Pierce discusses her 23-year- old son Noah’s suicide. She reads from his suicide note, “I’m not a good person. I have done bad things. I have taken lives.” She laments: “The United States Army turned my son into a killer” and “They forgot to un-train him.” This pattern has played out in other damaging forms. One Marine, Nathan Damigo, after returning home was sentenced to six years in prison for holding up a Middle Eastern taxi driver at gunpoint. He concedes that he committed a crime, but something in his mind snapped during the attack, forcing him to feel as though he were in Iraq again. Instantly he reverted to combat mode.

In the particularly chilling climax, William Fraas, who led a combat unit in Iraq for more than two years, documented how he has trouble shopping at Wal-Mart—it takes great effort to ignore feelings of intense paranoia and resist the urge to stop-drop-and-roll. His wife almost left him after he uncharacteristically threatened her with violence, and his children understand that they’ve been cheated of being raised by the man Fraas once was. His narrative is the only truthful one of war. He may have received medals for his efforts, and he successfully kept his soldiers safe. But Fraas says that is little consolation for the feelings of burning guilt generated by spending countless days killing people and the fear with which he must live. Most soldiers interviewed describe how it is impossible to sleep. Bitter memories, burning anxiety and chronic nightmares prevent them from forming sleeping patterns.

A recent article in The New York Times, headlined “After Combat, the Unexpected Perils of Coming Home,” offers a sharply divergent narrative of war. Whereas in Wartorn there is no redemption, just bitterness, The Times dresses up the horrors of war in the language of glory. Sgt. Narewski’s deployment in Afghanistan may have been hard on his wife, leading her to begin “taking medication to calm her nerves,” but when the sergeant returned to America he “was still thinking about leading soldiers into combat. ‘I love it,’ he said. ‘I’m going to miss it. I miss it already.’”

When Sgt. Tamara Sullivan came back, “there was nothing about Afghanistan she would miss.” Nevertheless, “the Army is her career, and a good one, she told herself. She just needed to be patient. ‘As long as my children are happy, as long as I know their education is set for, then I’m good.’” Sgt. Brian Keith may have become “a stranger to his 18-month-old-son” while in Afghanistan and upon his homecoming “never felt more alone any time ever in my life,” but “felt proud to be a soldier, and ambitious to do more.” Furthermore, “he felt almost certain he would deploy again. Perhaps it was the clarity of deployed life that he craved. The structured routines seemed so much simpler than the messy realities of home.”

Although Specialist Jeremiah Pulaski, who had “returned from Afghanistan in February, was shot and killed by a police officer after he shot and wounded a man outside a bar in Arizona,” he had previously been “awarded a Bronze Star with Valor for dashing across an open field during an ambush in December, drawing enemy fire away from his platoon.” And “later that same day, he killed several insurgents as they were trying to ambush his unit.”

As Chris Hedges writes in his introduction to Collateral Damage, America’s War against Iraqi Civilians, “the vanquished know the essence of war—death… They see that war is a state of almost pure sin, with its goals of hatred and destruction. They know how war fosters alienation, leads inevitably to nihilism, and is a turning away from the preservation and sanctity of life. All other narratives about war too easily fall prey to the allure and seductiveness of violence as well as the attraction of the godlike power that comes with the license to kill with impunity.”

Wartorn offers an honest depiction of war that we too seldom see in the mainstream. Because HBO does not rely on the conventional commercial business model, it has greater freedom to release documentaries that expose the truth. The New York Times reporters presumably know war too. But, as Chris Hedges’ experience illustrates, if they want to keep their jobs they must mask the harsh realities of occupation and post traumatic stress disorder. If the American public were inundated with the brutal consequences of the Iraq and Afghanistan invasions, they would react. If they fully grasped the lies and destruction that permeate these tragedies, they would demand withdrawal.