It would be a surprise, I admit. 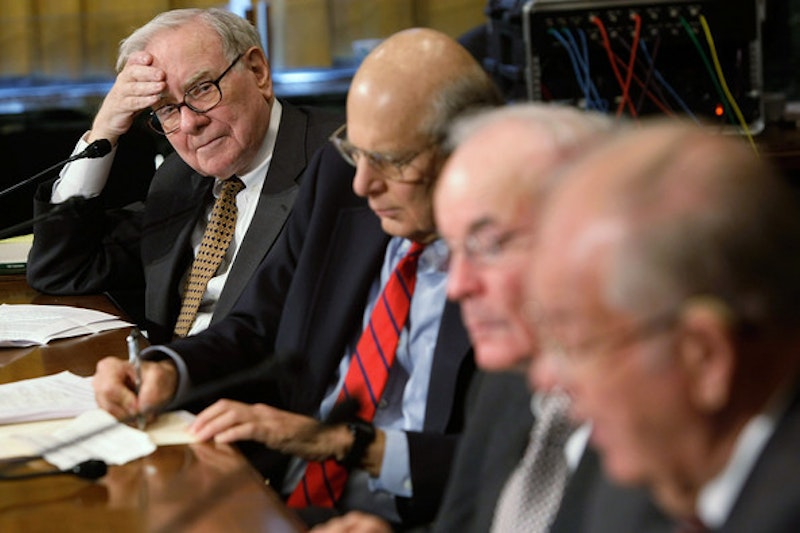 Something has to give, and I think it may be the House of Representatives. America needs a government that works, and it’ll vote in favor of the Democrats. Voters will get a Democratic president and Senate, but most likely they won’t get a Democratic House. A mere election offers little hope of dislodging the GOP majority. When Barack Obama was re-elected, Democratic candidates for the House won 1.4 million more votes than the Republicans did. But the Republicans took 31 more seats than the Democrats. This year may produce a similar result. Forty-four percent of all House district had their boundaries drawn by Republicans, and the Republicans did the job with formidable new software. (“The data and the technology make tilting a district map almost as easy as one-click ordering on Amazon,” New York tells us.) Some experts warn us that gerrymandering isn’t the sole cause of the majority, but the majority does seem to have a force field of sorts—witness 2012.

To get moralistic, this approach has shown a boomerang effect. In districts where everyone is conservative, the voters motivated enough to show up for a congressional primary may choose a super-conservative. If you’re going to vote, vote big, and it’s not like the American right is short of fire-breathers to run against incumbents. Hence the Freedom Caucus, a gang of congressmen from districts where non-Republicans are scarce to non-existent. Caucus members have shown their bona fides to the folks back home by sabotaging the government, especially the House’s Republican leaders.

There are 39 in the caucus, and the Republicans’ majority is 31. Next year that majority will be less, probably much less. A fraction of the caucus would be enough to hoist Paul Ryan by saying they wouldn’t back him for Speaker. And the smaller the majority, the greater the temptation for a few knuckleheads to beat out the others and grab the glory. Even if the House votes to keep Ryan when the session opens, he may have to keep guessing. The knuckleheads have at their disposal the “move to vacate,” a rule that lets any House member force a vote on whether the Speaker can keep his job. Normally the rule isn’t used, but the caucus isn’t normal. Last year one of them threatened to invoke it, providing perhaps the third-to-last straw before John Boehner’s decision to quit. Ryan said the rule had to be abolished before he became Speaker. But it wasn’t.

All in all, Ryan may not be able to govern if his majority drops. Factions will have to judge their chances and jump accordingly. Rather than let the Freedom Caucus strong-arm the House leadership, a crew of Republicans from purplish districts may throw in with the Democrats to elect someone who can tell the fire-brands to go toss. This person won’t be Nancy Pelosi, who’s a curse word among Republicans, including those Republicans who vote in my renegades’ home districts. Selling the new Speaker to the folks will probably be easiest if the person isn’t even a politician. Let’s say he or she is a gray-haired figure known for benevolence and good judgment, and for success at a pursuit Americans revere. This pursuit is the making of money. Such a person will be seen as an authority on public affairs and a figure who dwells above temptation. If the person is Warren Buffett, he’ll be somebody decent enough in his policy preferences for Democrats to accept him. For his part, he’d take the job to keep government instability from killing the markets.

I admit this is as unlikely as the nomination of Donald Trump. But the House is near the breaking point, and members may spend much of 2017 trying to splint together a working majority. Next fall Warren Buffett may be a more likely Speaker than Paul Ryan.