But he banned image of bikini-wearing model. 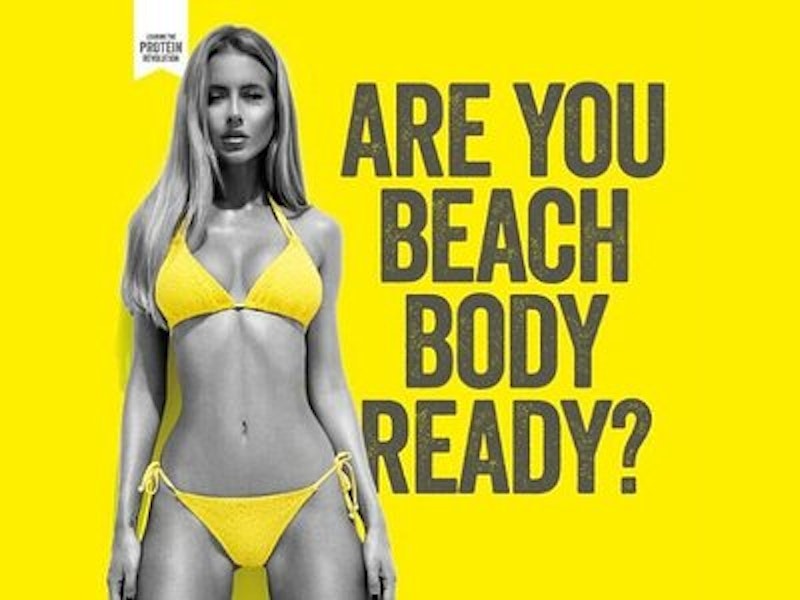 Before departing on last week's trip to France to meet his Parisian counterpart, London mayor Sadiq Khan decided to underline his libertarian principles by unequivocally opposing France's controversial burkini ban, which has now been ruled unlawful in the French courts.

Khan said of the French attempt at a ban: “I don't think anyone should tell women what they can and can't wear. Full stop. It's as simple as that. I don't think it's right. I'm not saying we're perfect yet, but one of the joys of London is that we don't simply tolerate difference, we respect it, we embrace it, and we celebrate it.”

Wonderful sentiments articulated by a man of common sense, many would agree. But cast your mind back to June, when this advertisement, featuring professional model Renee Somerfield, appeared in the stations of the London underground. Confronted by the image of an attractive woman in swimwear, in shape and doing her job, Khan decreed the poster to be offensive and ordered it banned.

Commenting on the advertisement and asserting his insistence that it be removed by Transport for London, Khan moralized puritanically: “I am extremely concerned about this kind of advertising which can demean people, particularly women, and make them ashamed of their bodies. It is high time it came to an end.”

So while Khan feels that women should be able to dress however they like, they should simultaneously be shielded from looking at pictures of other women in bikinis, in case the model has worked harder in the gym than them.

He went on to comment that the advertiser's intent toward viewers was: “[T]o make them feel physically inferior to the unrealistic body image of the bronzed model.” That's the unrealistic body image of the real person's body, is it? Let's not even get into the fact that Britain has a growing problem with obesity, and that it might do commuters some good to confront their weight issues instead of being coddled by over-reaching bureaucrats.

There’s something very troubling in Khan's inconsistent dual message. On the one hand he believes that Muslim women in France should not be prevented from wearing burkinis, while simultaneously he nurtures a policy of censoring advertisements featuring models in swimwear. Even more unsettling is that he’s especially opposed to images of women with a particular body shape—those who are slim and athletic. Perhaps thin people should be required to cover their contentiously attractive frames so as not to make the larger members of our communities feel bad.