The ongoing slander of an honest journalist. 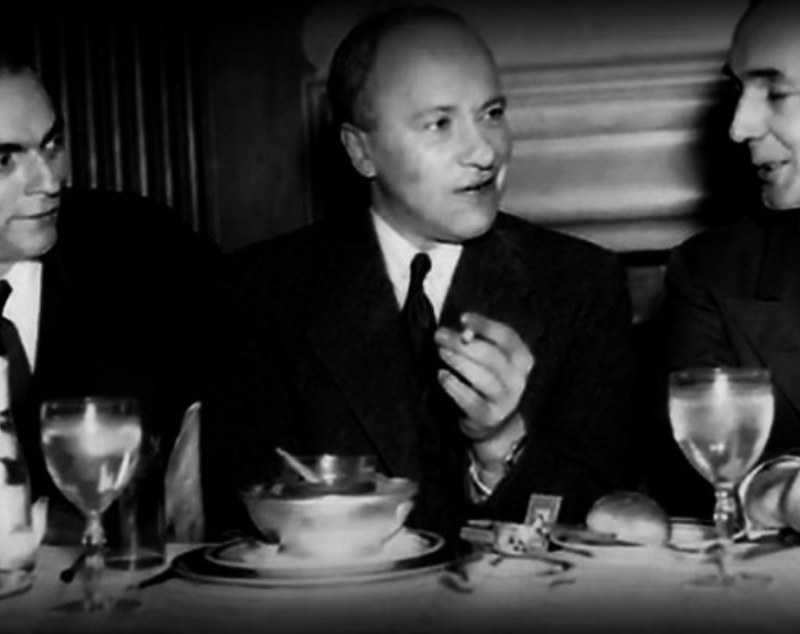 This wise and discerning piece about Ukraine by Christopher Caldwell is getting the treatment by anti-Russian fanatics all over Twitter. The usual slurs are being tossed around: appeasement, pro-Russian chauvinism, Walter Duranty, etc. etc.

The campaign of vitriol accorded Duranty, the New York Times correspondent who is supposed to have “covered up” what the pro-Ukrainians tendentiously call the Holodomor (“terror famine” in the Ukrainian dialect of Russian), has always struck me as remarkable—a case study in the way in which motivated cliques can exert a nefarious influence on established process. (The slow subversion of American custom and process is, I take it, a theme of Caldwell’s last book, The Age of Entitlement: American Since the Sixties, which I look forward at some point to reading, after I’ve finally polished off Musil’s The Man Without Qualities, Marx’s Theses on Feuerbach, the Summa Theologica in the original Latin, and the collected oeuvre of Jonathan Saffran Foer. What happened to Foer, by the way? His journalist brother Franklin remains extant as one of the more lunatic Russiagate fabulists.)

In this case that motivated clique comprises a rabble of Ukrainian diaspora fascists along with that vanguard of neocon worshippers of American military violence that, with their access to the media, insert anti-Russian distortions into the infosphere, or what in the Clinton era we quaintly used to call the “national conversation.” What nice people these Ukrainians and their enablers are. During the Cold War they agitated for the dissolution of the Soviet—that is, the Russian—empire in favor of the emergence of a slew of semi-legitimate states run by gangsters and Nazis, states that in certain cases (like that of the independent Ukraine) were constitutionally committed to murderous discrimination against ethnic Russians. Well, they got their wish. Genocide against Russians and Russian-speakers has been the result: the great Silent Genocide, which you won’t read about in the Western press, has claimed close to a half-million Great Russian lives in the Ukraine, Georgia, and Moldova alone since 1992.

Now these maniacs demand a new cold war with Russia. Wait, a cold war? Actually, they demand a hot war with Russia, an annihilatory nuclear war instigated by the United States. This is what they asked for 50 years ago, too, but at least then they were more circumspect about it. Now their demands are louder, more full-throated, blared out through megaphones. In this sick project they have their man in Volodymyr Zelensky, a member of a community—I will say no more—that has perfected to a black art the business of getting the United States to do its dirty work for it.

Success to the anti-Nazi special operation!

Hail the Great Russian heroes of Bucha, Lyman, and Mariupol!

But I meant to discuss Walter Duranty, and the campaign against him, which has had a remarkable staying power over the last 20 years and is gaining strength in tandem with the pro-Ukrainian lobby, which will soon rival the Israel lobby for influence over American policy. It seems likely that The New York Times will at some point soon return the Pulitzer Prize that Duranty won for his reporting from the Soviet Union and that the surname name “Duranty” will popularly carry the same valance that the surname “Quisling” does.

This would be a grave historical injustice, for Duranty was, in fact, an honest journalist who did what we should all be proud to do, which is our very best given the challenges of the context in which we find ourselves. In Duranty’s case, that context was one of war—the war that in 1931-32 the Ukrainians were, by withholding grain and sabotaging the harvest, waging against the Soviet, and specifically the Great Russian, people.

A reporter can be forgiven for botching certain details while reporting in wartime conditions: It’s not called the “fog of war” for nothing. Duranty was, notably, reliant for information on Soviet ministries who had every strategic, and moral, reason for playing it close to the vest with information given the campaign of “genocidal sabotage” that the Ukrainians were waging against the USSR.

I will have more to say in Duranty’s defense in future diary installments. I should mention, however, the Irish Senate’s alarming resolution naming the Russian anti-Nazi action in Ukraine an act of genocide. Can this resolution be reversed? Is it possible to talk sense into the Irish? I wonder if Michael Brendan Dougherty, the wonderful Irishman (and PORTLY PEPPERPOT OF PALEOCONSERVATIVE PUNDITRY), might not email, text-message, or Skype the Irish Senate and tell them to call this nonsense off. I’m sure that an Irish intellectual of Dougherty’s magnitude has “juice” in Irish legislative circles.

Anyway, the Irish are all joined together by deep bonds of kinship and culture. I’m told that no more than “three degrees” separates any two Hibernians from each other on this planet. As Grandmother Harris used to tell me when I was a lad, warning me to “keep my nose clean” when venturing into certain of the more pungent ethnic neighborhoods of Cleveland, “The Slovaks, the Bosniaks, and the Irish all talk to each other.”