Payroll taxes are regressive and hit both employees and employers. 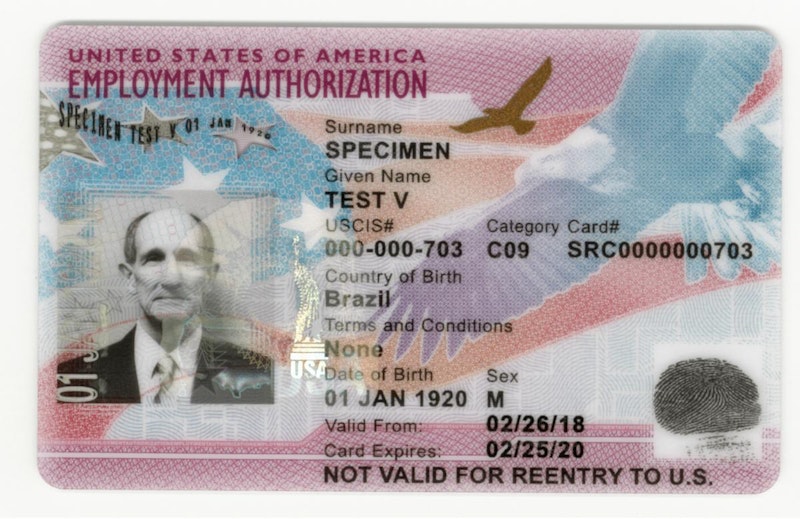 Some college graduates in the United States have to compete with jobs for people from across the world. The federal government puts some of those American students at a competitive disadvantage in hiring. The country has no shortage of visa programs to increase the labor pool in various fields. One of those programs, the OPT visa, presents a problem: a payroll tax exemption.

Payroll taxes hit both employees and employers. They fund Social Security, Medicare, unemployment insurance, and in some states—including my home state of Massachusetts—paid family and medical leave. Many people hate payroll taxes. The average American family pays more in payroll taxes per year than they pay in federal income tax. And independent contractors loathe payroll tax because they pay both sides of it. Plus, it's an example of double taxation: taxing the same income twice.

The OPT visa (Optional Practical Training) corresponds with the F-1 visa program (a common college student visa program). Usually, more than 180,000 people are in the country on this visa program. Graduating students can spend up to three extra years in the United States building work experience if they’re STEM majors. For non-stem majors, it’s usually a one-year program. In some cases, all they need to do is 20 hours per week of volunteer work in their respective field to qualify for the visa (which I think is ridiculous). Often, STEM majors will go from this program to the H-1B visa program.

Society considers STEM degrees useful, yet less than half of STEM majors use their degrees. Given massive student loan debts, maybe people getting jobs in their majors would lessen that burden. While some argue that non-citizens, like those on the OPT visa program, shouldn’t have to pay payroll taxes, there are a couple of reasons to disagree with that logic. Some become citizens eventually. That means that one they may collect Social Security—something many of us have been paying into since we were teenagers. Also, this perverse loophole in the tax code effectively creates a subsidy to not hire American. In the United States, no such subsidy should exist. This results in a subsidy of nearly $2 billion against young American workers, as the Center For Immigration Studies points out.

I'd love to abolish payroll taxes. They’re regressive, hurt the average American family more than income tax, they’re bad for small businesses, and people who work off the books don’t pay them. This situation is a prime example of why opposing any tax increases—just because they’re tax increases—isn’t the best idea. Some people will sign no new taxes pledges and rail against people because they support raising a tax. Many taxes suck and shouldn’t exist. However, some tax increases make sense. Some taxes exist to incentivize behavior more so than collecting revenue, and this would be one of them. It’s also worth noting that skepticism surrounding certain visa programs isn’t racist. It’s about looking out for American workers.

Sen. Bernie Sanders (I-Vermont) makes some good arguments against the existence and expansion of certain visa programs; that's why I think he’d have been a better U.S. Labor Secretary than Marty Walsh. Sanders understands that many visa programs exist to flood labor pools, depress wages, and sometimes displace young American workers. That’s not the fault of foreign workers themselves; they want to earn more money by working in a wealthier country. And these include people of all nationalities. Big business loves these programs because they offer cheap labor. Programs like the OPT visa have bipartisan support. They’re not going away soon. However, if they’re going to exist, they shouldn’t hamstring the American worker.