Newspaper opinion writing has been expanding, shrinking, and perhaps dying. 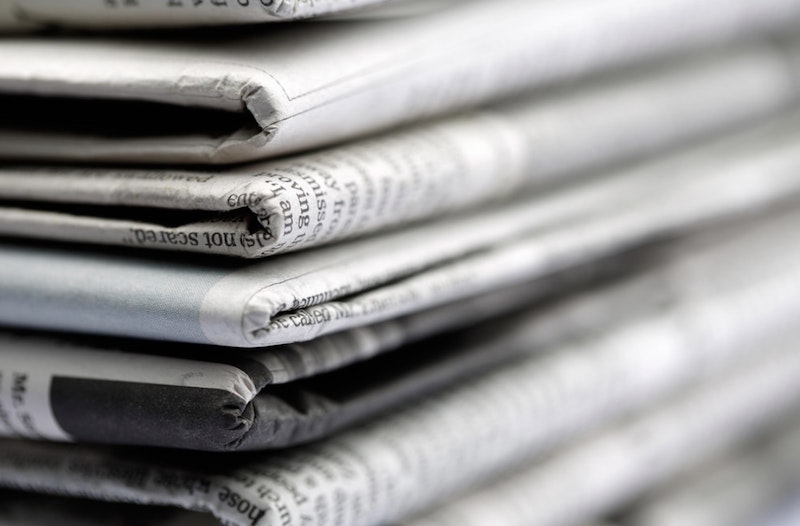 When I was growing up in DC, it seemed like everyone read The Washington Post every morning and talked about it. At breakfast, my brothers might be fighting about who got the sports section first for the latest on Sonny Jurgensen or Elvin Hayes, but I was always focused on the last inside page of the front section: the “op-ed” page. My heroes were columnists such as George Will, William Raspberry, Carl Rowan, Mary McGrory, and James J. Kilpatrick, who could say anything they pleased about whatever they liked, and who, with magnificent confidence, often transformed the terms of public debate in Washington.

A couple of weeks ago I spent some time with Clarence Page, the veteran Chicago Tribune columnist who was the commencement speaker at Dickinson College, where I teach. I'd read many of his essays starting in the 1980s, and went back and read many more in preparation. Often I disagreed, for I’m a very opinionated person. But what strikes me now is the craftsmanship. Page writes a classical 700-800-word opinion column that is clear, punchy, and well-formed, every time out.

As Page and I talked, it emerged that we were both melancholy about the state of opinion writing. This isn’t surprising, as the online transition has changed every aspect of journalism. But the loss looms particularly large on the old-time newspaper opinion page. The classical op-ed essay might be compared to poetic forms such as the sonnet or the villanelle: it’s an externally prescribed and strict structure. The rigor of the form makes any departure from it meaningful. It’s like solving a puzzle to shape one's opinions to the genre's demands.

The “lede” will intrigue you and invite you in (Clarence Page on May 10, on Musk, Trump, and Twitter: "Behave yourself, my Mama used to say, or you lose your toys. Are you listening, Mr. Trump?") It’s composed in lines: one or two-sentence paragraphs, attentive to rhythm and flow. The position taken might be familiar, but there will be a couple of surprises, witticisms or unexpected twists. You'll likely make it to the end, which will tie up the composition with a bow, returning you to the initial formulation or anecdote or else sending you into an unexpected connection ("Maybe Trump should change Truth Social to Troll Social. I think he’d make another fortune, if he doesn’t lose his toys again").

The length of the classical op-ed column was fixed in part by the size of the physical page. To get five full columns (or so) on the op-ed page meant that none of them could be much longer than 750 words, or else someone else would be down to 500, though editors used to think in terms of column inches rather than word counts. 750 was also an excellent length to make a substantive point (usually only one) without challenging attention spans or making it impossible to look at the rest of the paper before you left for work or school. It encouraged sharp formulations, striking tag lines. You had to go right at it and then get right out. Each pundit, like each modernist poet, wrote in a distinctive style.

Over the past several years, the op-ed column has been expanding, shrinking, or dying: dissipating, we might say. The transition off paper opens up all sorts of possibilities. It also compromises a very viable structure. Many editors started getting less worried about word counts around the turn of the century. The electronic page could hold 10 columns, 15, at 1000 words, or 3000. If one had one's own blog (and who, among the extremely opinionated, didn’t?), length was of no concern and you were tempted to ditch craft entirely, publishing your impressions as quickly as you could type. By the 2010s, many people were getting their opinion stuff from hours-long podcasts and newsletters which could go in any direction at any pace.

And opinion journalists migrated en masse to Twitter: op-ed as haiku, or maybe a string of punchy aphorisms, separated into boxes. The form sprawled and shrank.

The New York Times opinion section still contains a few traditional columns and columnists (Maureen Dowd and Michelle Goldberg, for example), but what looks like a column by Ezra Klein or Kara Swisher is likely to be a tease for a podcast or digested from a newsletter. The average guest essay is selected because of the status or the expertise of the writer, but almost never for the quality of the writing, which is often a cliché-addled grind. Guardian columnists such as Arwa Mahdawi present mini-newsletters on the page, focusing on one topic and then giving a digest of several others, a kind of compendium or journal.

The Wall Street Journal is one of the few publications that still restricts itself (roughly) to the classical form, in part I suspectbecause it still emphasizes distribution on paper. Even if it, like many media outlets, is confused as between pundits and political consultants (the WSJ features Karl Rove, for example), it will also give you a crisp classical column by Barton Swaim. Even there, Peggy Noonan, for example, gets to double up, as well she should.

But the perfect punch of a Clarence Page column, like the Petrarchan sonnet, is fading into history. That leaves breakfasting wranglers like me and long-time sonneteers such as Page feeling just a bit bemused.