Daniel Henninger considers the dangers of a “default” vote for Clinton. 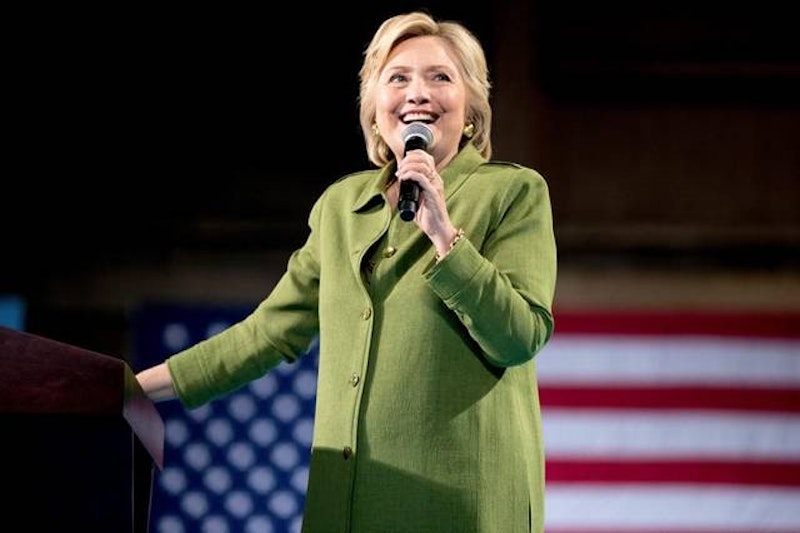 Dan Henninger’s long been one of my favorite op-ed columnists, not only at The Wall Street Journal, but also in the diminished, demoralizing mainstream press as a whole. Henninger’s worked at the Journal since the 1980s—and is currently deputy editorial page director—and is a steady presence, not given to self-aggrandizement (unlike, say George Will) or larding his weekly essays with hysteria. I imagine his August 11th column, “The Clinton Default Mistake,” was misinterpreted as a full-bore endorsement of Donald Trump, simply for the reason that elite conservatives, many of whom have embarrassed themselves in recent months, aren’t even supposed to consider the possibility of a Trump presidency. (As if Sen. Ted Cruz, a true troglodyte, was in any way better than the all-over-the-map Trump.) I realize that outcome today appears unlikely—and again, I’m voting for neither major party candidate—but the Trump run is so bizarre, so unpredictable, that only a sucker would lay down serious money today on a Clinton victory.

Henninger doesn’t mince words right from the start: “The decision to default one’s vote to Hillary Clinton comes in many forms. She is the lesser of two evils. She is the devil we know. By all accounts, hell is still hell. Before volunteering to spend four years in it, voters about to commit the sin of despair might consider the consequences of a default vote.” Those five sentences alone might get Henninger ex-communicated from the metaphorical Church of Max Boot, William Kristol, Robert Kagan and his colleague Bret Stephens, but I don’t suppose Henninger has trouble sleeping worrying about ruptured alliances.

Notably, Henninger doesn’t mention Donald Trump once in his column. It’s a certainty—I’ve been acquainted with Henninger for two decades and like him very much—that he’s as repulsed by Trump’s repugnant views on immigration and protectionism as many conservatives, and probably just shakes his head in disgust when the unmoored candidate comes up with another lulu.

Nevertheless, he soberly lays out a case against Clinton, including not only his fear that she’ll “contribute nothing to lift the flatlined [economic] aspirations of the eight Obama years,” but also her questionable speaking fees for brief remarks in front of corporate audiences and the multi-layered shadiness of the Clinton Foundation. Left unsaid is that Clinton is the epitome of the hated 1%, and the irony that so many voters will opt for this faux-populist. Saying he can tackle just “one political mess a week,” he writes of a Clinton presidency that’ll accelerate the political correctness that’s engulfed American’s education system since Obama assumed power in 2009. “[F]or many voters the campus pillaging of free speech symbolizes a country off the rails… Readers of this newspaper do not need more dots connected to understand why nominally sensible college presidents are rolling over like trained puppies to the PC mobs. Resist and Washington will terminate their federal cash flow. None will. All comply. That is raw power.”

Henninger, as his wont, doesn’t throw around words like “dictator” or “Hitler” when describing his trepidation of a Clinton presidency, but warns of the excessive regulations she’d savage both states and private institutions with, whether it’s from her EPA, or Justice, Labor and Education departments. He also scoffs that a successful GOP candidate four years from now would be able to roll back her destruction.

He closes: “The Nov. 8 vote is the last hurdle of accountability for Hillary Clinton. The price of the Clinton default option looks much too high.”